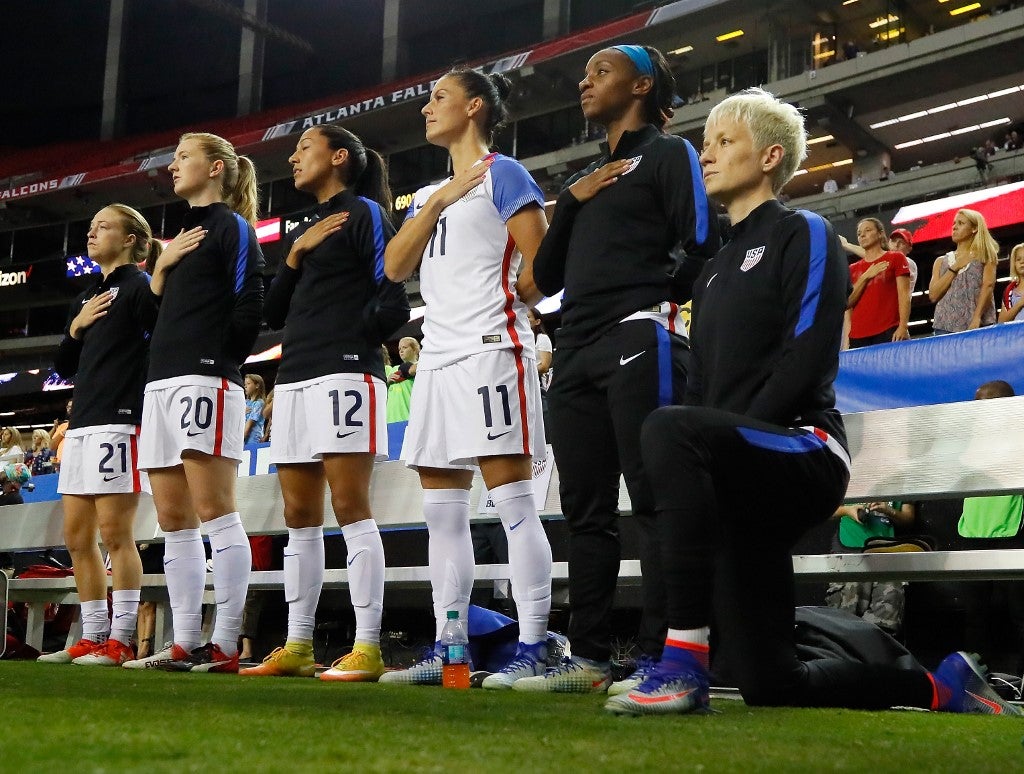 (FILES) In this file photo taken on September 17, 2016 Megan Rapinoe #15 kneels during the National Anthem prior to the match between the United States and the Netherlands at Georgia Dome in Atlanta, Georgia. – The United States Soccer Federation is considering scrapping a rule which bans players from kneeling during the national anthem, officials confirmed on June 8, 2020. (Photo by Kevin C. Cox / GETTY IMAGES NORTH AMERICA / AFP)

The United States Soccer Federation is considering scrapping a rule which bans players from kneeling during the national anthem, officials confirmed on Monday.

USSF president Cindy Parlow Cone called for the policy to be discussed at a board meeting due to take place on Tuesday, ESPN reported on its website.

A USSF spokesperson later confirmed the federation was considering repealing the policy.

In a controversial move, US soccer introduced a rule in 2017 which formally states that players must “stand respectfully” during the national anthem.

It came after US women’s team star Megan Rapinoe kneeled during the anthem at an international in 2016.

Kaepernick had begun kneeling during the anthem in August 2016 in order to draw attention to racial injustice following the deaths of several unarmed black men during confrontations with police.

Kaepernick’s kneeling protest has become an emblematic expression of solidarity adopted during the recent demonstrations across the United States and around the world since the death of George Floyd in Minneapolis on May 25.

Protesters and police officers have all taken a knee during the protests while sports stars in Germany’s Bundesliga have all kneeled before recent matches.

ESPN said if US Soccer’s board votes to repeal the policy, it would take effect immediately but would still need to be voted on at the federation’s annual meeting next year.