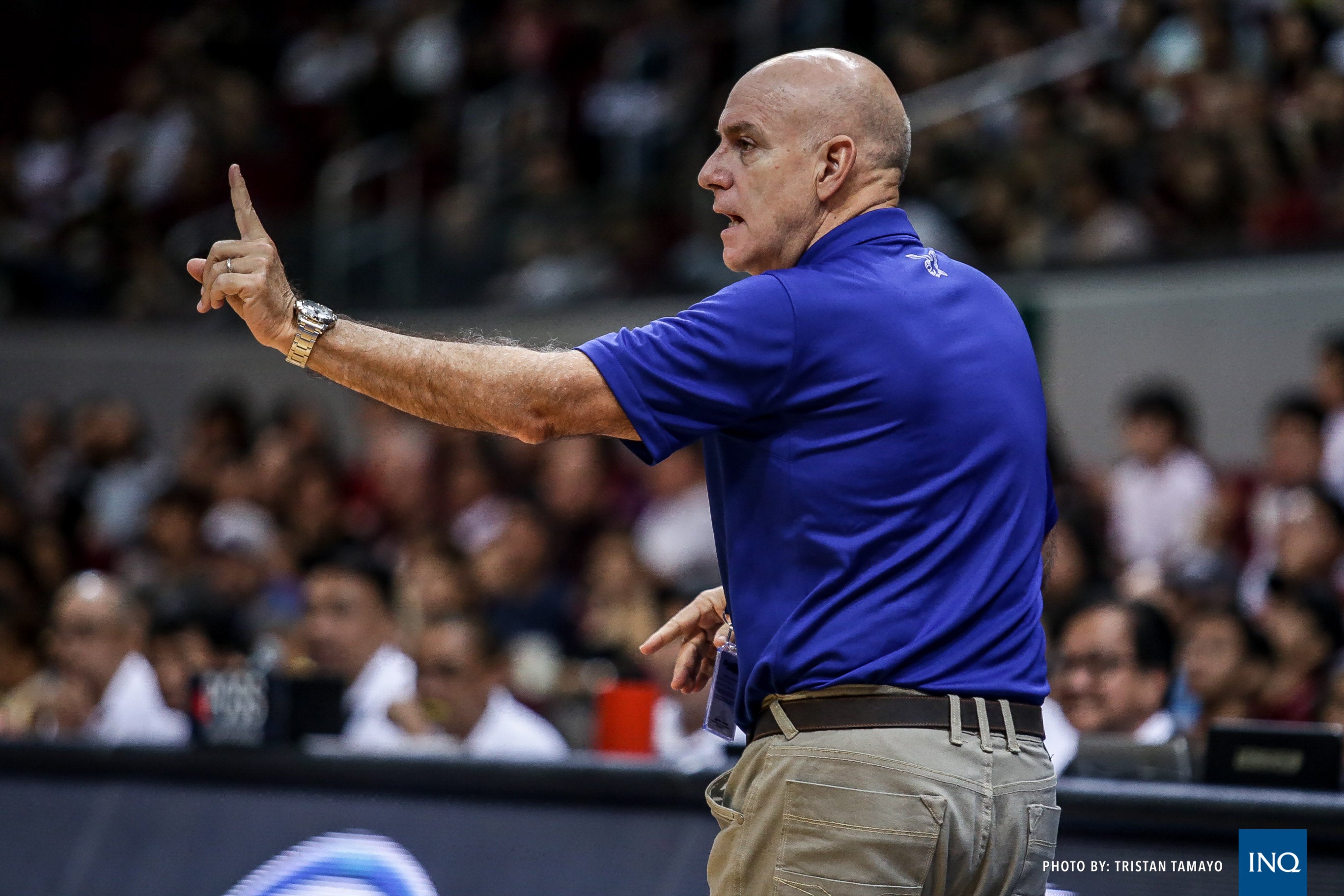 Samahang Basketbol ng Pilipinas (SBP) president Al Panlilio did not just turn the other cheek when he read Tab Baldwin’s rants the other day.

“Whatever he (Baldwin) said was his own opinion and doesn’t align with how the SBP thinks and doesn’t align with what I think,” Panlilio told the Inquirer over the phone on Sunday as Baldwin has gotten the ire of personalities of this cage-crazed nation because of his tirades last Thursday in a video podcast, the highlight of which was the Kiwi-American calling Filipino coaches “tactically immature.”

Baldwin also blasted the Fiba, calling the world governing body of the sport “criminal” because of one of its citizenship rules, and questioned the wisdom of how the PBA runs its import-flavored tournaments.

Panlilio, who is also the governor of Meralco in the PBA board, said that he was “disappointed” to say the least, and won’t take this latest episode of Baldwin sitting down.

He said that he has already gotten in touch with Baldwin after that controversial report came out, and Panlilio pointed out that Baldwin’s statements could cause a rift between the Fiba and Manny V. Pangilinan, the tycoon who bankrolls the Gilas Pilipinas program and owner of three teams in the PBA. Pangilinan is also a member of the powerful central board of the cage body.

“I also told him that I am also a governor of the PBA like Ricky [Vargas] of TNT and Rod [Franco] of NLEX (both executives in the MVP Group of Companies), and we are doing our best to make the league the best that it could be,” Panlilio said. Baldwin is also listed as the assistant coach of TNT, and he won’t escape the PBA’s wrath with commissioner Willie Marcial to meet with his technical group on Monday to discuss fines and suspensions it could slap on him for making statements, which Marcial said on Thursday as “detrimental to the league.”

NorthPort coach Pido Jarencio, meanwhile, was fuming over Baldwin’s statement as he recalled his time under the tutelage of American coaches Norman Black and the late Ron Jacobs, whom he said talked and acted with so much love for the Philippines and “treated our country as their own.”

“I never heard those two coaches say anything bad about basketball in our country,” Jarencio said in a separate interview even as NorthPort owner Mikee Romero was the first PBA team owner to give a piece of his mind on the Baldwin issue.

“He (Baldwin) is saying that coaches here are tactically immature. So what can he say about his TNT coach (Bong Ravena) and his assistants at Ateneo?” Jarencio asked. “If he thinks that we (coaches) are really that immature, what has he done about it? Has he tried helping by at least holding clinics?”

Jarencio, who played for Black at San Miguel and was under Jacobs in three Philippine teams in the 1980s, said that Baldwin could have talked in the right forum for his opinions.

“And if he really believes that he is superior to any of the other coaches in the country, he should have done something to impart his knowledge. Pero swapang siya.”

Barangay Ginebra governor Alfrancis Chua and NLEX coach Yeng Guiao already aired their disgust of Baldwin, a sentiment echoed by Romero, who said that Baldwin “is only a guest in the country and should not say anything that will distort Philippine basketball history.”

“While he helped steer Ateneo to UAAP championships, he’s not entitled to underestimate the capabilities of our local coaches,” Romero also said in his statement.

Panlilio said that he doesn’t believe a thing that Baldwin said about Filipino coaches, whom he knows for a fact are trying everyday to improve their craft.

“I’ve been around so many of them (coaches) and I know what they do in trying to be the best that they can be,” Panlilio said.

“I just wish that he (Baldwin) just helped out and not be the one causing issues and problems that we always have to clean up.” INQ