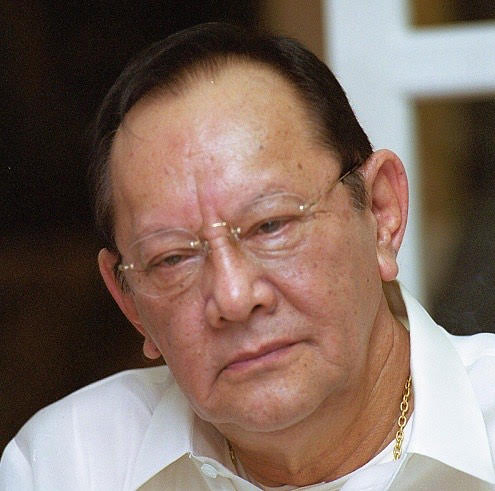 MANILA, Philippines — The sporting community mourned the passing of Eduardo “Danding” Cojuangco Jr., who made invaluable contributions to Philippine sports.

Several sports personalities in the country paid their respects to Cojuangco, chairman and CEO of San Miguel Corporation and longtime sports patron, who died Tuesday night at the age of 85.

“A tremendous friend to Philippine basketball. Our prayers for him and the Cojuangco family. The passing of an era,” Barangay Ginebra head coach Tim Cone wrote on Twitter Wednesday.

“RIP Boss Danding. Thank you so much for everything,” PBA legend Erik Menk, who played for Ginebra from 2001 to 2012, tweeted.

“Thank you for your countless contribution to the PBA and [Philippine] sports! Our prayers and condolences to his family and loved ones,” the PBA posted on social media.

“RIP Boss. Thank You for the Opportunity. Forever Grateful for Your Kindness and Generosity,” said University of Santo Tomas head coach Aldin Ayo, who was at the helm during the La Salle Green Archers’ UAAP title run in 2016.

Cojuangco also established a Philippine men’s national basketball program and training pool in 1980 with the creation of Northern Cement (NCC), which became the blueprint of the Gilas Pilipinas program decades later.

“Amb. Eduardo Cojuangco Jr. did so much for Phl sports. His NCC concept was my inspiration for the Gilas program. His devotion to DLSU as a patron and supporter was unparalleled. And his commitment to SMC teams and the PBA was legendary. RIP Boss Danding,” former PBA commissioner Noli Eala tweeted.