In the name of fathers | Inquirer Sports
Close
menu
search

In the name of fathers

Prominence of father figures in sports springs from strength of bond between athlete and dad
By: Bong Lozada, Denison Rey A. Dalupang - @inquirerdotnet
INQUIRER.net, Philippine Daily Inquirer / 05:00 AM June 21, 2020

On June 10, Allan Caidic typed up and sent a birthday message to a person who helped mold his career. He waited for a reply that never came.

About a week later, he found out why. Eduardo “Danding” Cojuangco Jr., the business tycoon who built perhaps the most successful basketball program in the country, had passed on.

“I was shocked and really saddened the morning I found out,” Caidic, the finest shooter the country has produced, told the Inquirer. “His relationship with [national team players] went beyond [basketball].”

The father figure trope has always been at home in sports, where coaches, team managers and officials always try to establish some sort of profound relationships with athletes to gain that much sought-after buy-in. It is a telling sign of the bond that exists between athletes and their fathers.

Take Olympian Eumir Marcial. The reigning Southeast Asian Games welterweight champion who is close to signing his first pro boxing contract found himself in unwanted spotlight over concerns that ditching his amateur status meant abandoning plans of representing the country in the rescheduled Tokyo Games next year. But Marcial has vowed over and over that he is still firm in his plan to end the country’s Olympic gold medal drought.

It is more than just a promise to boxing ­officials­ or fans that keeps Marcial on the Olympic path. It is an unspoken oath he shares with his father.

“[H]e never stopped telling me to aim for the Olympics. He kept saying nothing beats competing in the Olympics and be of service to your country,” Marcial said recently.

Marcial’s father, Eulalio, spurned several job offers to work as an officer of peace—”he wanted to serve the barangay,” Marcial said—and it was a decision that impacted the Filipino boxer, who made sure his pro contract would allow him to represent the country in international meets. 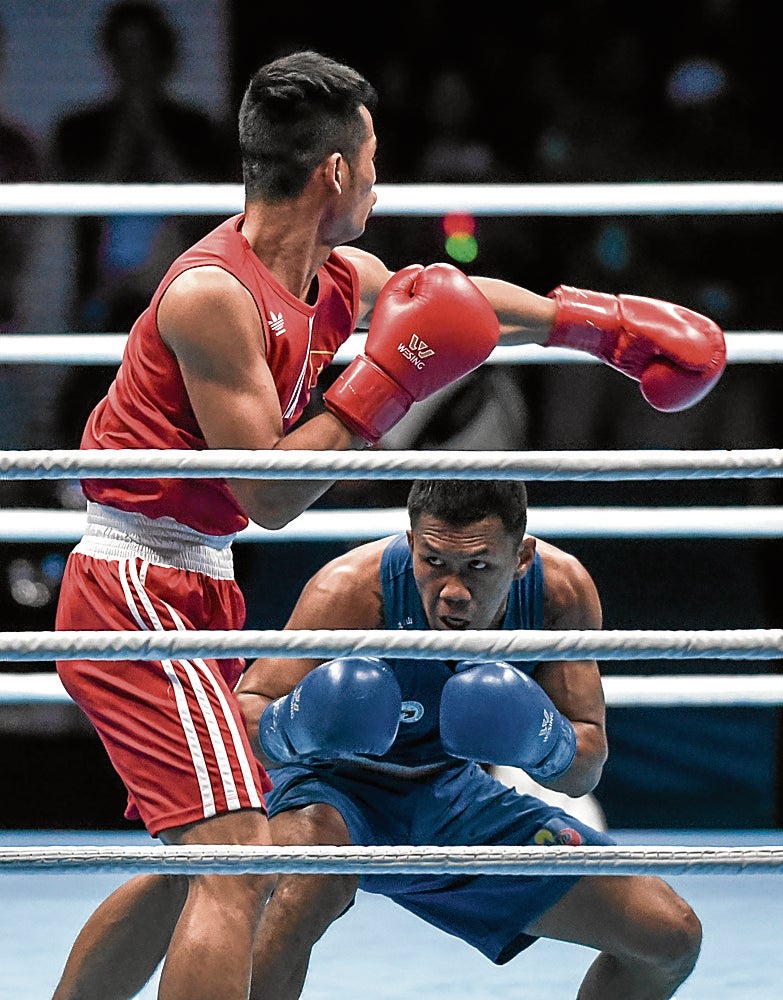 A huge part of Eumir Marcial’s character was forged by his father’s example. —SHERWIN VARDELEON

Several other athletes have been known to follow in their father’s footsteps a little more directly. University of the Philippines basketball star Kobe Paras is the son of PBA legend Benjie Paras, the only player to have won the league’s MVP and Rookie of the Year trophy in the same year. Bong Ravena, the 1992 top rookie in the PBA, has two sons carving their own superstar careers in basketball: Kiefer and Thirdy Ravena. A third child, daughter Dani, plays volleyball for Ateneo.

Even in their absence, a father continues to impact the lives of their athlete-children.

Beach volleyball standout Jin Tungol knows exactly how Father’s Day would have been celebrated on Sunday.

“Maybe I’d get him some crabs, crispy pata and beer,” Tungol told the Inquirer. Only she can’t: dad Richard passed away in 2017. But even in death, Tungol’s dad became a driving force as she toiled through law school and survived two Bar failures before finally earning her lawyer stripes this year.

“It’s more memorable to celebrate [Father’s Day] this year because now, when I go to visit his tomb, I won’t be crying,” Tungol said in Filipino. “Before, I would cry because I failed the Bar exams. Now, I’m a lawyer and that takes some of the sadness away when I visit him [for Father’s Day] this year.” 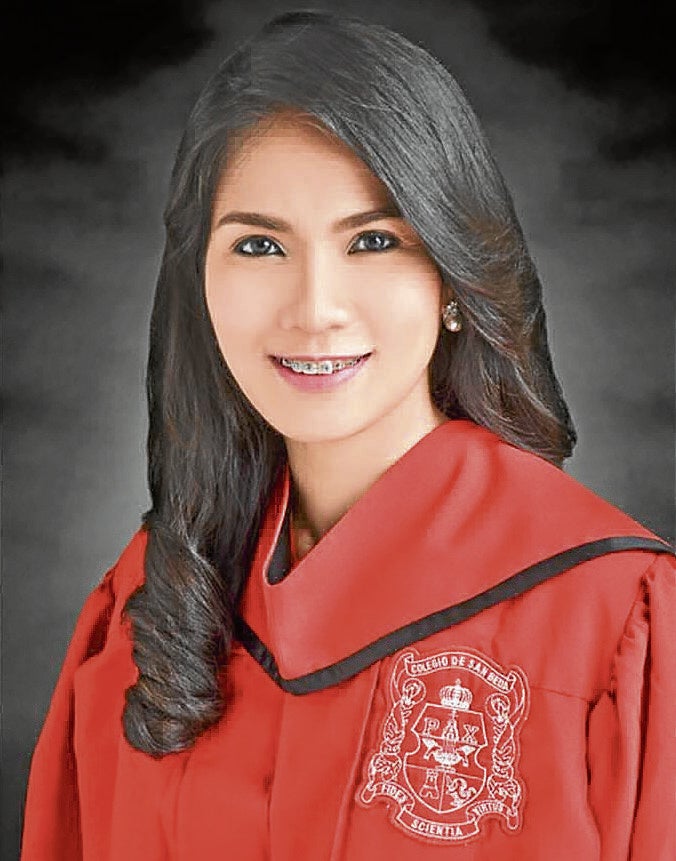 The kind of impact fathers have on their sporting children has made athletes conscious of how they are as dads.

Former fighter Mark Sangiao, who handles famed MMA stable Team Lakay, said he is making sure he opens opportunities for his children that he didn’t have growing up.

“I want them to look back and say that I did everything to provide them with choices, opportunities,” Sangiao, father to 17-year-old Jhanlo and 3-year-old Marko, told the Inquirer.

“Actually I even proposed the idea for Jhanlo to become a lawyer,” he said with a chuckle. “But he said he wanted to try and experience being a fighter.”

Sangiao did not have as many roads to choose from as a youngster mostly because his father, too, wasn’t “exposed to certain things, certain experiences.”

“I pity my father because he wasn’t able to finish school,” Sangiao said. 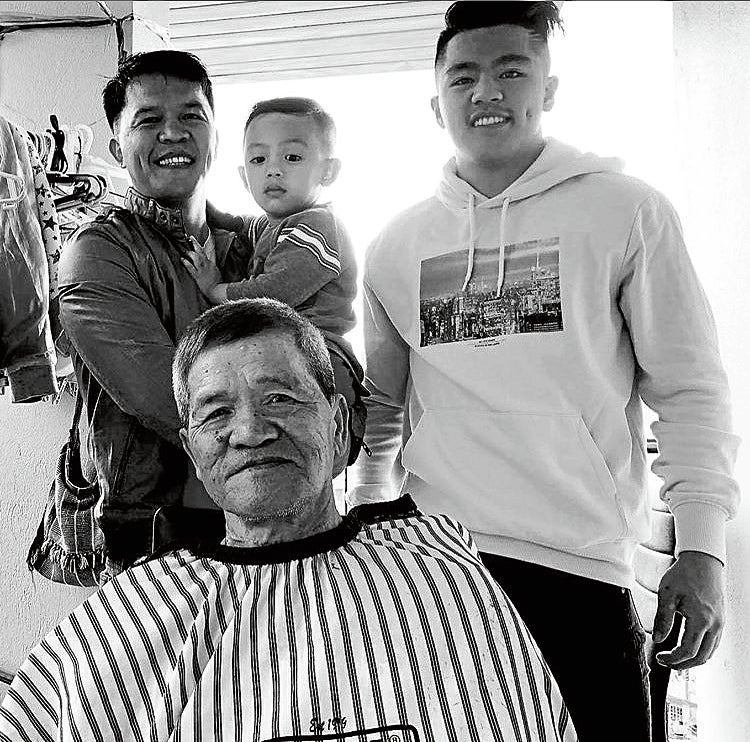 Veteran TNT workhorse Harvey Carey tries to use his enduring PBA career as an example to his two children.

“The one thing that has kept me on board is just my work ethic—being willing to do what others don’t, to try to lead by example. In my older years, being vocal,” said the the 41-year-old forward, who is currently in his 17th season with TNT.

“I always tell my sons, especially my older one (Harvey III) whenever I drop him off: ‘Be a leader today. Be a leader and make people happy today,’” he said. “And he knows that. He comes around the locker room. He has grown up around the team as well. He sees what it takes to be a leader—whether it’s from our coach, the other players.”

Being a leader is what Carey got from his father, Harvey Sr., who was the circulation manager of the paper for the fabled Black Panther Party in San Francisco, California. He also learned about work ethic from his dad.

“He drove a bus for 30 years, waking up 3 or 4 in the morning to go to work to provide for the family. Not once did I hear him complain about work. It’s something I took to heart,” he said.

For Poy Erram, Carey’s new teammate at KaTropa, being present would be the best gift to give his newborn daughter, Aliyah Dominique.

“I only had coaches Arvin (Martinez) and Rocky (Calingin) growing up,” he said of his mentors during his amateur years in Cagayan de Oro, who he felt were the closest he got to a parental figure.

“I’ve been through it all and I don’t want them—my kids, my wife, my siblings—to have nobody to turn to,” he said. 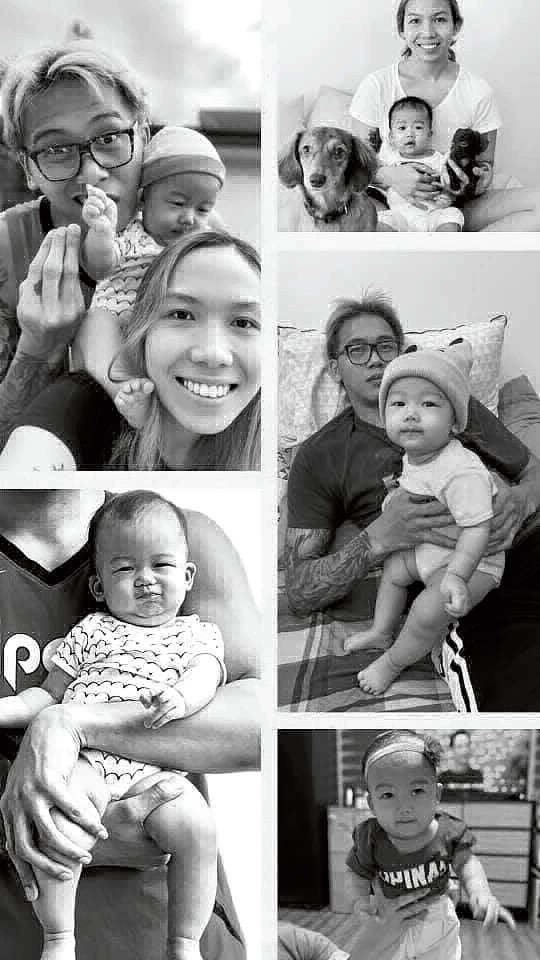 Indeed, fathers here or gone will figure prominently in the lives of children, especially those who grow up to be athletes.