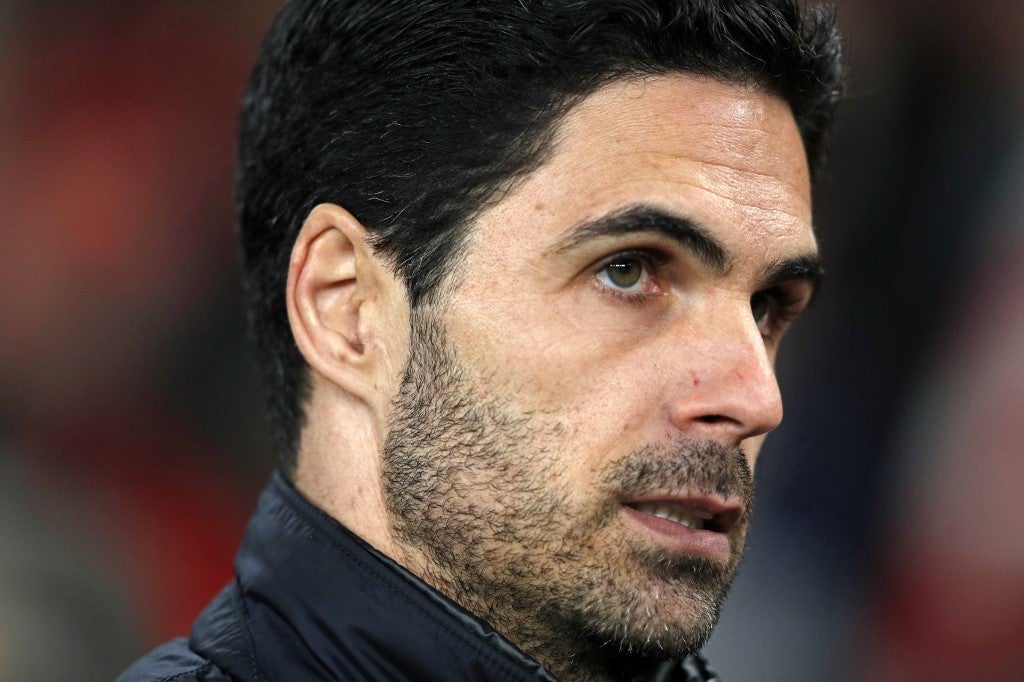 FILE – Arsenal’s Spanish head coach Mikel Arteta arrives for the UEFA Europa league round of 32 second leg football match between Arsenal and Olympiakos at the Emirates stadium in London on February 27, 2020. (Photo by Adrian DENNIS / AFP)

Arsenal manager Mikel Arteta says his players must learn to control their emotions after they reacted angrily following an injury to goalkeeper Bernd Leno in Saturday’s 2-1 defeat by Brighton.

Neal Maupay scored a late winner to give relegation-threatened Albion a vital three points and condemn Arsenal to their second defeat since the Premier League restart, leaving Arteta’s side languishing in 10th and 11 points off the Champions League places.

Maupay was surrounded by Arsenal players on the final whistle — Leno had pointed at him as he was stretchered off the pitch in the first half after appearing to suffer a serious knee injury following a clash with the forward.

Midfielder Matteo Guendouzi had to be pulled away after placing his hands around his fellow Frenchman’s throat.

Maupay said the Arsenal players should learn about “humility” but Arteta disagreed with that remark, saying his young squad needed to show cooler heads.

“When we show frustration we have to show it in the right way,” said Arteta.

“I haven’t seen the images (of Guendouzi) or what happened, but we will talk about it if that is the case. Emotionally, we have to control the situations much better.”

Veteran Brazil international David Luiz was sent off in Arsenal’s defeat at Manchester City on Wednesday, and Arteta said his side had shown their inexperience in letting their lead slip at Brighton.

Nicolas Pepe gave them the lead midway through the second half with a sublime strike but Lewis Dunk equalised and Maupay grabbed the winner deep into injury time.

“I think every game is completely different,” said Arteta.

“When I was talking about competing, there are details when you go ahead and game management-wise where we have to improve a lot.

“But we are a very young squad. I don’t want to use it as an excuse because it is still a football game and it doesn’t matter at what age you are competing, but at this level you can’t do it.”

The win for Brighton lifted them five points away from the drop zone with eight matches remaining.