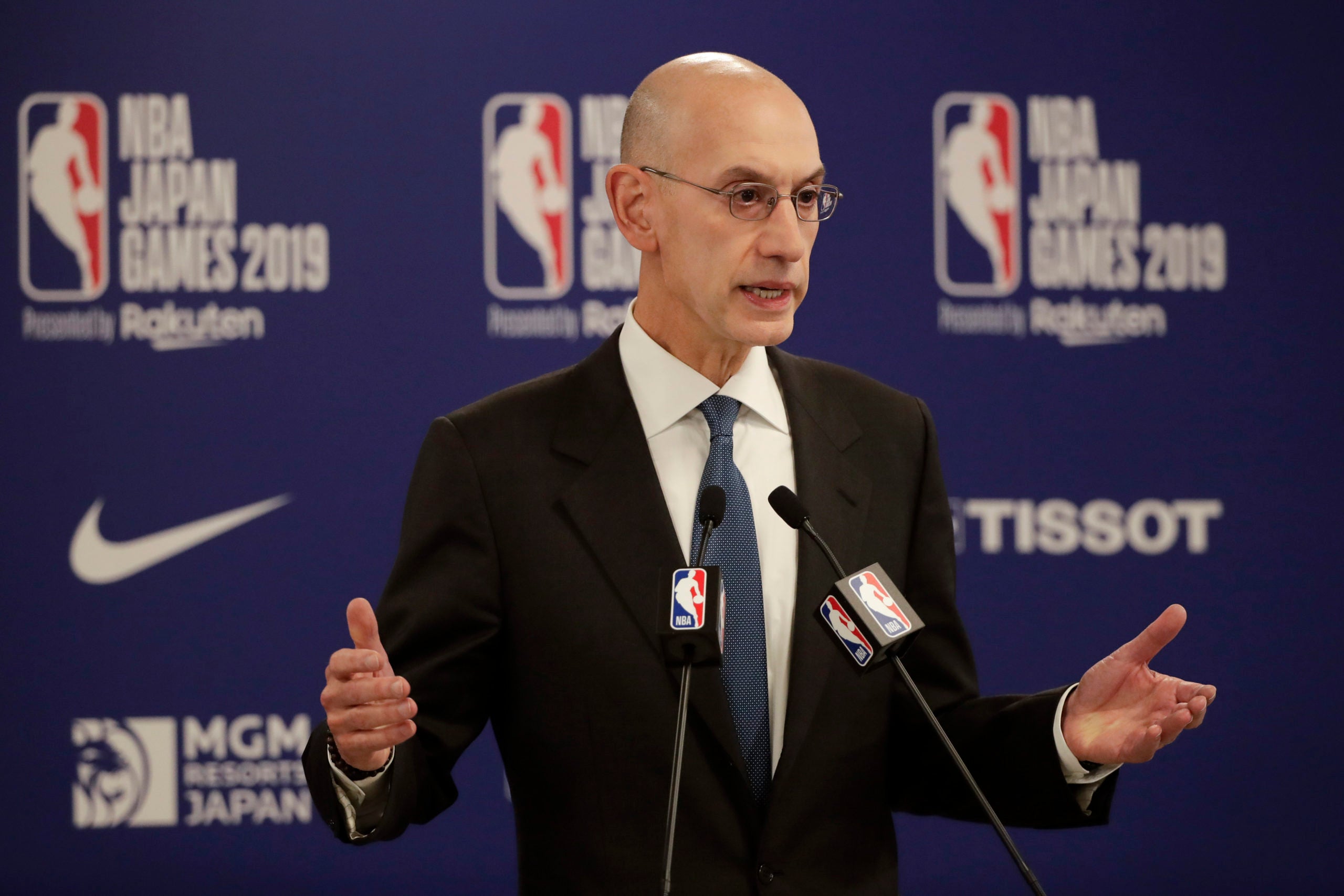 FILE – In this Oct. 8, 2019, file photo, NBA Commissioner Adam Silver speaks at a news conference before an NBA preseason basketball game between the Houston Rockets and the Toronto Raptors in Saitama, near Tokyo. It’s been over three months since the commissioners of major sports cancelled or postponed events because of the coronavirus. Enough time for us to grade them on how they’ve handled the virus so far. (AP Photo/Jae C. Hong, File)

NBA and National Basketball Players Association leaders agreed that next month’s planned resumption in Orlando of a 2019-20 campaign halted in March by the coronavirus pandemic must address the league’s role in combating issues facing the black community.

The Black Lives Matter movement has risen to global prominence after the death of unarmed black man George Floyd while in police custody last month in Minnesota.

“The issues of systemic racism and police brutality in our country need to end,” said Oklahoma City Thunder guard Paul.

“As a union of NBA players and as a league, it is our job to use our collective platform to both put a spotlight on those issues and work to effect change.”

While no specific plans were finalized in a Tuesday meeting, the league and union agreed to work together to support activism by players as well as to continue dialogue.

“The league and the players are uniquely positioned to have a direct impact on combating systemic racism in our country, and we are committed to collective action to build a more equal and just society,” Silver said.

“A shared goal of our season restart will be to use our platform in Orlando to bring attention to these important issues of social justice.”

Talks included studying strategies to increase black representation across the league, include more black-owned businesses in league activities and create an NBA foundation to expand educational and economic development opportunities across the black community.

Players from 22 NBA teams plan to enter a “bubble” atmosphere next month in Orlando with plans to resume the campaign on July 30 and stage the NBA Finals in October.

Some NBA players have expressed concern about being quarantined for the return at a time of major social change for the black community in the United States.