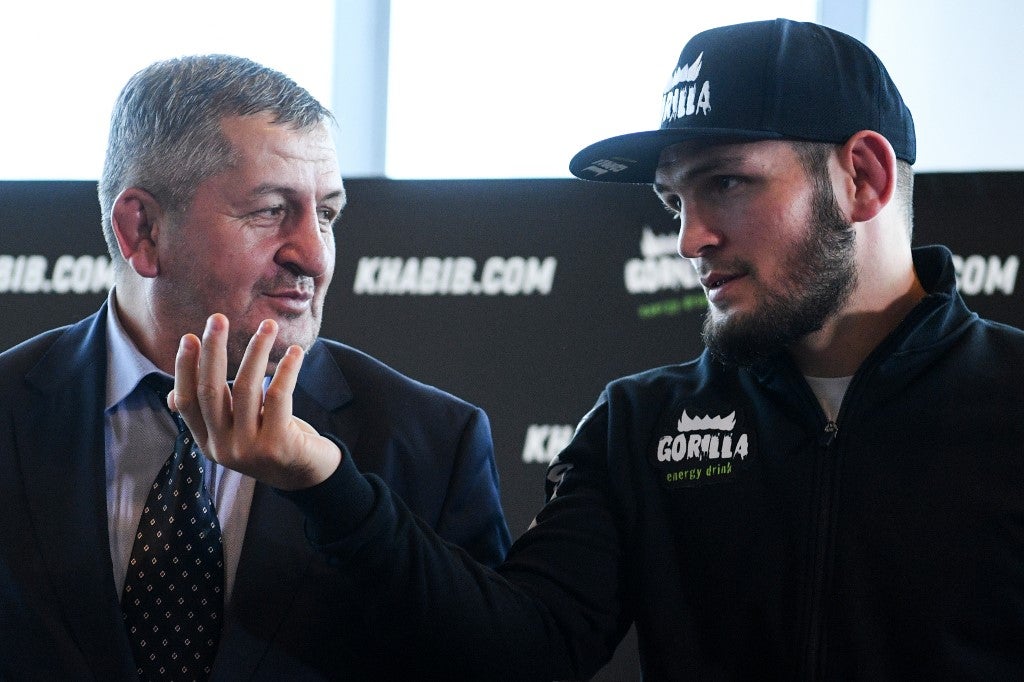 Mixed martial arts (MMA) fighter Khabib Nurmagomedov and and his father Abdulmanap Nurmagomedov give a press conference in Moscow on November 26, 2018. (Photo by Kirill KUDRYAVTSEV / AFP)

“I’ve received sad news, friends, that Abdulmanap Nurmagomedov has left this world,” Kadyrov wrote on Telegram messenger, saying he was expressing the condolences of the “whole Chechen people.”

The fighter’s father was first hospitalized in April in his native North Caucasus region of Dagestan and was later transferred to a Moscow clinic.

Khabib Nurmagomedov, the 31-year-old UFC lightweight champion, in May urged people in Dagestan, one of the regions hardest hit by the pandemic, to be “disciplined” and “listen to our doctors.”

This week he posted a picture of his tracksuited father at a training session on Instagram with the caption “Father” as followers said they were praying for his recovery.

A week ago the fighter had given an interview to Russian television, saying that his father no longer had the virus but was still in intensive care with damage to his kidneys and heart. He said he was visiting daily although his father was not able to speak to him.

The fighter was due to give a press conference on Saturday that has now been canceled.

He began teaching his son fighting moves from the age of three, Komsomolskaya Pravda tabloid reported.

In 2018, Russian President Vladimir Putin had a televised meeting with Khabib Nurmagomedov and his father, saying that the fighter did not deserve harsh punishment for a post-fight brawl.