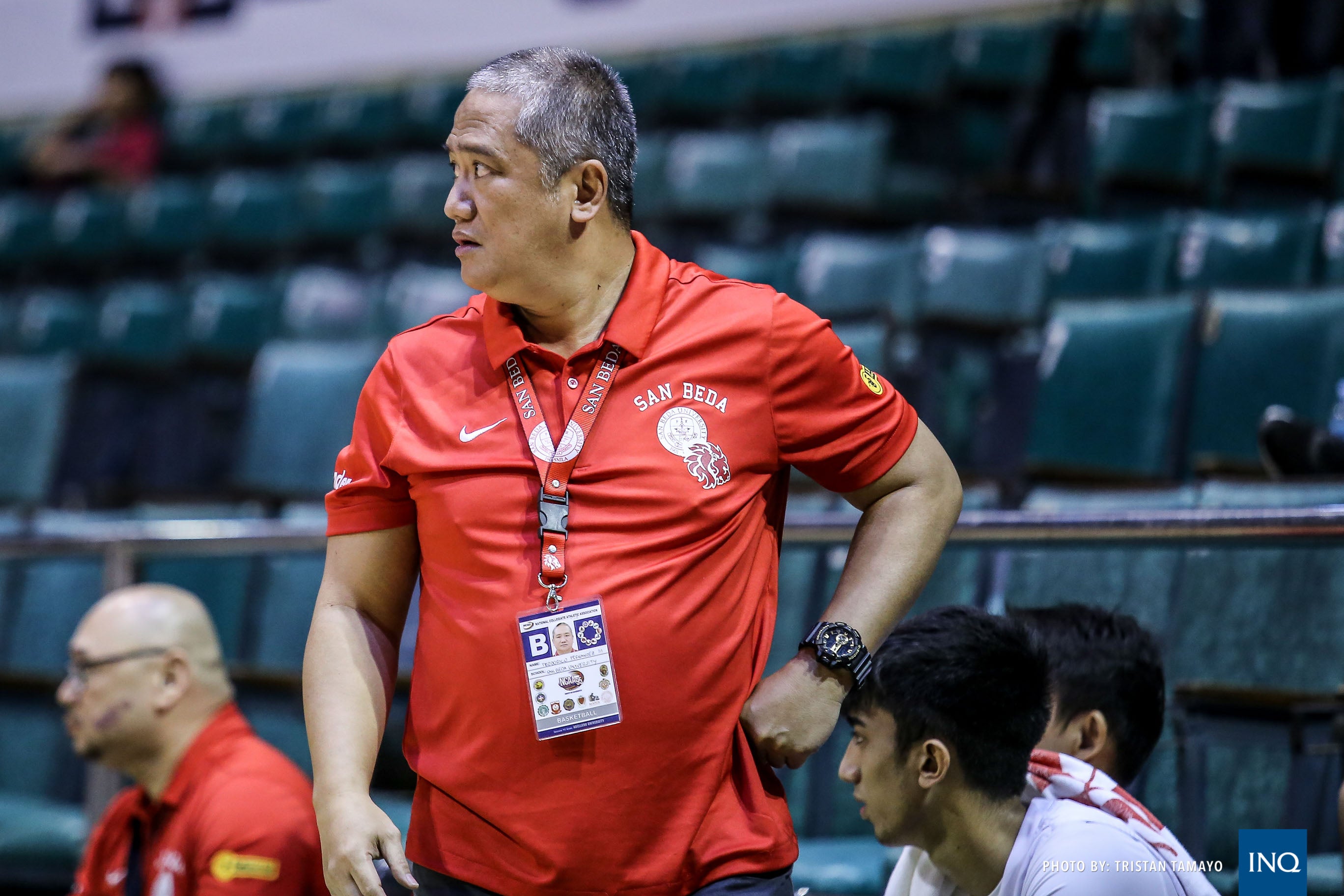 MANILA, Philippines — Boyet Fernandez wasn’t originally supposed to be a coach as the San Beda mentor had initially wanted to become a nurse especially in the landscape he grew up in.

As a college student in Bacolod in the late 80s and early 90s, Fernandez was one of those kids who envisioned a career in nursing with the profession experiencing an employment boom especially outside the country.

Already setting up a path for himself, Fernandez also played basketball for Colegio de San Agustin-Bacolod as a means to get free tuition and ease his parents’ financial burdens.

“My goal really was to study nursing on a free tuition, that was really the purpose and to graduate with a scholarship so that I won’t spend anything,” said Fernandez in Filipino. “It was hard because I was a student-nurse and I work at 7 am to 3 pm then I practice at 4 pm with the team, or if my duty is from 3 pm to 11 pm then I practice in the morning.”

Handling several responsibilities took a toll on Fernandez. Fortunately for him, he got help from his professors, classmates, and coaches who understood his situation.

“You can’t really say ‘diskarte na lang’ when it comes to taking care of your patients unlike in business, because nurses have a protocol on how to take care of their patients,” said Fernandez. “There are rules on how to take vital signs, anything you do you have to be sterile, and it’s really hard. I’m just thankful for the school because they understood my situation.”

Things, however, started to change when Fernandez moved to Manila to prepare for the Nursing Board exam which he eventually passed.

Fernandez began to play for amateur teams in Metro Manila but at the same time,he also tried to find a job as a nurse in the capital.

With basketball giving him larger financial benefits, the 5-foot-8 Fernandez turned his focus more on basketball. But even then, playing in the PBA never crossed his mind as he was still determined to work abroad.

“At my height, I really never dreamt of playing in the PBA. All I thought of was to study, graduate, pass the Boards, be a nurse, then leave the country,” said Fernandez, who unexpectedly drew the attention of the basketball powers of his time.

Come 1991, the same year he became a nurse, Fernandez was chosen as part of the national basketball team that competed in the Manila Southeast Asian Games playing backup for Johnny Abarrientos.

“The feeling was, I was serving my country, and as an amateur the next step should be the PBA and I was in that situation. When I was part of the national team I saw how much the people loved basketball,” said Fernandez.

It took two years for Fernandez to realize his newfound dream of entering the PBA with Swift selecting him with the seventh overall pick of the 1993 Draft before he was traded to Sta. Lucia.

Fernandez knew that his talent and hard work not only fulfilled his goal of becoming a nurse but he also got into the PBA, which he never even thought of to begin with.

But disaster struck during his rookie season when he blew the anterior cruciate ligament in one his knees.

Sta. Lucia decided to send Fernandez to the United States for surgery and treatment, but as fate would have it, a dream was just starting to be fulfilled.

Fernandez, while recovering from his surgery, got the chance to be a nurse once more and in the United States of all places.

“For six months in the United States, I was in the home care service and it was there where I practiced my nursing,” said Fernandez, who even tried to settle in as a medical practitioner since he was also earning a sizeable sum on top of realizing his childhood dream.

His commitment to basketball, however, stood stronger and he returned to Sta. Lucia which gave him a three-year contract extension after his initial deal.

Fernandez played for more than a decade in the PBA suiting up for the Realtors, Alaska, Pop Cola, and Purefoods before returning to Sta. Lucia to end his playing career in 2004.

After his playing career ended, Fernandez decided to once again become an official nurse in the United States and he set out a plan wherein he will take the country’s Board exams.

But the Realtors had more plans for their dutiful player.

Sta. Lucia offered Fernandez an assistant coaching position, and thinking of his family, the former Realtor ultimately took the opportunity to stay in the country and start a career that saw him become one of the best coaching minds of his generation.

“I already had a family that time, and of course when I go to the US I’m not sure if I will pass the Boards because if I didn’t then I’ll have some problems with immigration and I really didn’t want to risk it,” said Fernandez. “I stayed here to be with my family at least we’ll be complete and my children back then we’re still very young.”

His decision to stay eventually reaped in the rewards any coach would dream of.

Fernandez guided the Realtors to a championship in the 2008 Philippine Cup, his only title as a coach in the PBA, and that year’s Coach of the Year award.

He was also at the helm of the NLEX dynasty in the PBA D-League where the team won six titles, including a streak of four straight. He also won four more championships in the NCAA with San Beda.

“I never expected to be a champion coach in the PBA, I didn’t see my career to be this way, and if you look back nursing and coaching are two different worlds,” said Fernandez. “I think what I can be proud of is that even though I was playing basketball, I was able to graduate and I have a diploma and I was able to finish my studies.”

“I’m happy because I was able to give my parents my diploma and that was the only thing they wanted from me. Basketball has been my passion since I was a kid, I just really never imagined myself that I would be in the PBA, then in the national team, play for 12 seasons, and even though I’m small I made it here in Manila. I’m proud being a coach here in the Philippines because I can transitions the lessons I learned in college into my coaching with San Beda. It’s important that I set myself as an example for my players that I was able to graduate.”