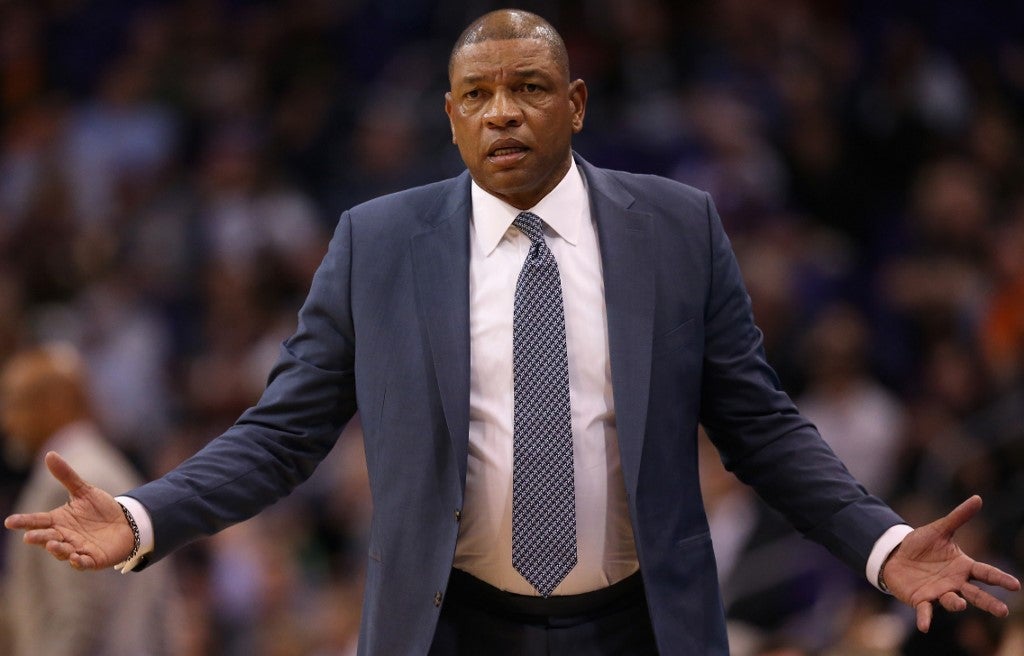 FILE — Head coach Doc Rivers of the LA Clippers reacts during the first half of the NBA game against the Phoenix Suns at Talking Stick Resort Arena on February 26, 2020 in Phoenix, Arizona. Christian Petersen/Getty Images/AFP

MANILA, Philippines—Doc Rivers could be taking advantage of what has been called the “snitch hotline” inside the NBA bubble.

The Los Angeles Clippers coach joked in an interview that he turned in the likes of LeBron James of the Lakers and Spurs coach Greg Popovich to the NBA hotline, where people can report bubble violators anonymously.

“I turned in LeBron [James] yesterday. I turned in Pop [Greg Popovich]. I am trying to turn all these guys in. We are going to be the only team left when I’m done,” joked Rivers as per ESPN’S Ohm Youngmisuk.

There are 22 teams currently residing and training inside Walt Disney World Resort in Orlando as the league preps up to resume the 2019-20 season amid the COVID-19 pandemic.

Players, coaches, and staff are not allowed to venture too much outside the bubble so as not to catch the virus.

Rivers’ joke came after several tips filed the hotline regarding protocol violations, as per The Athletic’s Shams Charania. Jimmy Butler reportedly got a noise complaint for dribbling inside his hotel room.

Kidding aside, Rivers reminded everyone to take the pandemic seriously.

“This is not some normal thing,” said Rivers. “COVID, obviously, not only can you get sick but you can get other people sick. This is very important for all of us. We want to do our jobs, so having a hotline, I guess that’s important.”

James and the Lakers sit atop the Western Conference with a 49-14 record while Rivers’ Clippers is at second at 44-20.

Popovich’s San Antonio Spurs are at 12th in the conference but that team has always found a way to turn things around.