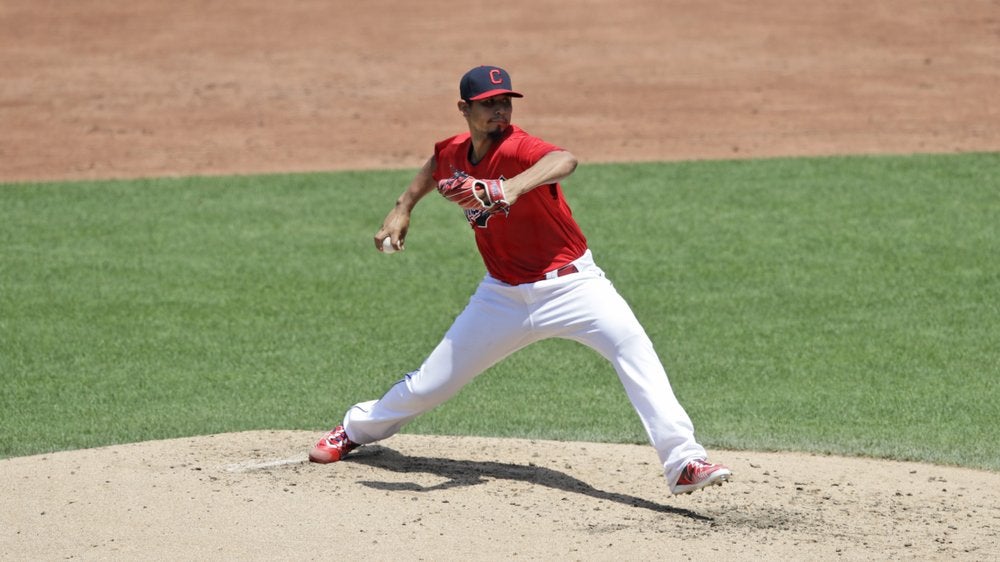 Carlos Carrasco won his first start since his leukemia diagnosis, Yoenis Céspedes hit a home run in his return from major leg problems — and Daniel Bard had the longest road back of them all.

This past week was obviously an emotional one for many people in baseball, and it was especially significant for players who had lengthy absences even before the coronavirus shut the sport down in March. Bard had not pitched in the major leagues since 2013, and after his control and confidence deserted him, his playing career appeared over before he attempted a comeback this year. He made the roster for the Colorado Rockies and earned the win in relief Saturday against Texas.

Carrasco was diagnosed with leukemia last year. He was back in the bullpen for Cleveland in September and took the mound Sunday as a starter, beating Kansas City. Céspedes hadn’t played since 2018 — he had surgery on both heels and broke an ankle — but he was back Friday, homering for the New York Mets for the game’s only run against Atlanta.

Not all comebacks went that smoothly. Shohei Ohtani returned to the mound to pitch for the first time since 2018, but the two-way star didn’t get an out Sunday in the Los Angeles Angels’ loss to Oakland. Ohtani didn’t pitch last season following Tommy John surgery.

Corey Kluber, traded from Cleveland to Texas in the offseason, left his debut with the Rangers on Sunday with shoulder tightness. He went just one inning in what was his first start in almost 15 months. Kluber missed most of last season because of a broken arm.

Old habits are hard to break.

One of the big questions coming into this season was how the game’s emotions would be affected by the lack of fans and the distancing protocols designed to protect against the virus. What would the scene be like when someone hit a game-winning homer?

Oakland’s Matt Olson hit a 10th-inning grand slam to end Friday night’s game against the Angels, and the Athletics greeted him in what looked like a pretty normal celebration at home plate.

Pittsburgh manager Derek Shelton was a little more careful Sunday when he came out to argue with plate umpire Jordan Baker during a game against St. Louis.

Shelton lifted a gaiter over his face, and Baker held a mask to his. Both of them seemed to be trying to stay a safe distance from each other.

This season’s opener between the Washington Nationals and New York Yankees on Thursday night was baseball’s most-watched regular-season game in nine years. It averaged 4 million viewers on ESPN, according to Nielsen fast national ratings, and peaked at 4.48 million. It had the most viewers since a game between the Yankees and Boston Red Sox on Aug. 7, 2011.

Who was the only player to appear in both those games?

Yadier Molina, an ex-teammate of Pujols, made his 16th straight opening day start at catcher for the Cardinals.

With crowd noise nonexistent — except for the piped-in variety — the more basic sounds of the game are amplified. And the crack of the bat was unmistakable when Giancarlo Stanton of the Yankees connected Saturday for a 483-foot home run in a loss to Washington.

LINE OF THE WEEK

Cleveland’s Shane Bieber struck out 14 in just six innings Friday night to help the Indians to a 2-0 win over Kansas City. It was the most strikeouts in an opener since Randy Johnson had 14 on March 31, 1996.

Brett Gardner had three hits and two steals for the Yankees in the 2011 game. He struck out three times for New York against the Nationals on Thursday night.

The winning pitcher in that Red Sox-Yankees game in 2011, incidentally, was Daniel Bard.

Read Next
Andy Murray ‘mentally’ planning for US Open
EDITORS' PICK
Get 80% OFF Ignite 2020 Cyber Tickets starting 28 September
House to probe Facebook takedown of gov’t accounts
Feud is over: Velasco next Speaker on Oct. 14
Despite toll, never too late to fight pandemic—WHO chief
Smart poised to turn PH into ‘Smart 5G country’ with nationwide rollout
Water remains our saving grace right now
MOST READ
Velasco to take over as Speaker on Oct. 14
AMLC investigator says De Lima not involved in Bilibid drug trade
2 PDP-Laban allies in House jump over to Lakas-CMD
Duterte meets with Cayetano, Velasco amid speakership issue
Don't miss out on the latest news and information.