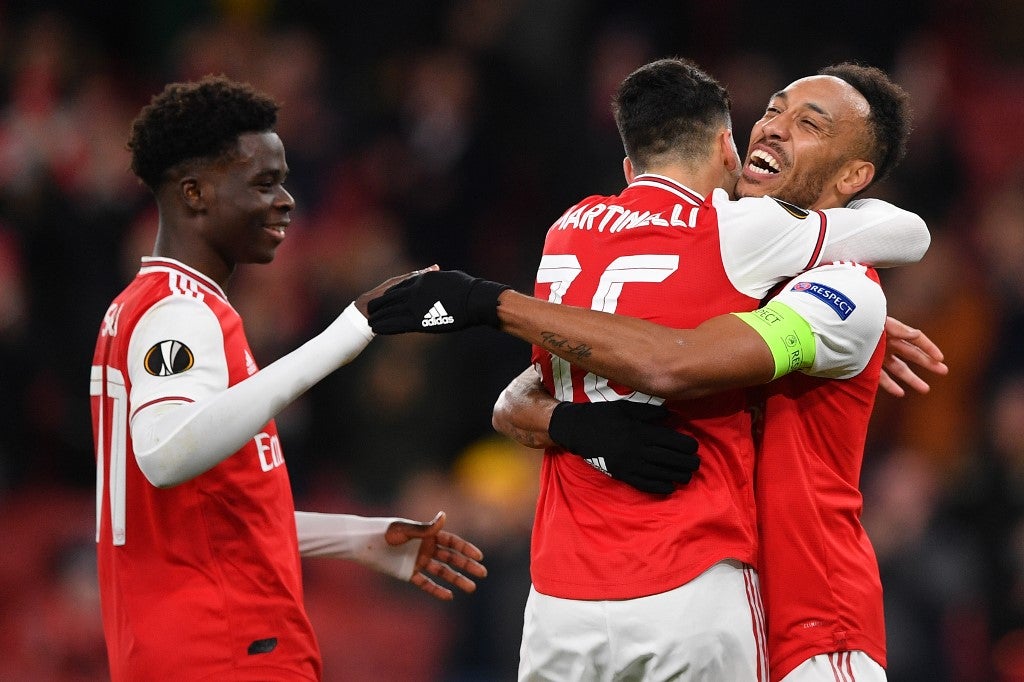 Arsenal manager Mikel Arteta believes Pierre-Emerick Aubameyang will commit his long-term future to the Gunners after scoring twice to beat Chelsea 2-1 in the FA Cup final on Saturday.

Aubameyang dropped the trophy in his first mistake of the day before lifting Arsenal’s record 14th FA Cup and his first trophy since joining the Londoners from Borussia Dortmund in January 2018.

The Gabon international has been prolific in his two-and-a-half years in England, attracting interest from around Europe with just one year of his contract at the Emirates left to run.

But Arteta is confident Aubameyang will be convinced to stay by Arsenal’s upturn since the Spaniard took charge in December.

“He knows what I think about him, I want to build a squad around him,” said Arteta.

“I think he wants to stay, it is about getting the deal done.

“I think moments like that will help to realize and give him belief that we are in the right path and he is a big part of it.

“He is loved by everyone at the club so hopefully he will continue with us.”

Victory also secured Arsenal’s place in the Europa League next season to ensure they did not miss out on European football for the first time in 25 years.

Arteta warned that failure to qualify for Europe would further restrict his transfer budget before the new Premier League season starts in just six weeks’ time.

“It is a double reward for us, it is really important for this club in every way to be in Europe,” added Arteta, who became the first man to win the FA Cup for Arsenal as a captain and coach.

“Winning this competition is part of our history. It’s 14 now, I contributed, we all did it, so I am so happy.”

Aubameyang paid tribute to Arteta’s impact after what had been a desperately disappointing start to the season under Unai Emery, but dodged questions on his future.

“He deserves this win. He did a great job and we are all happy to have him on board,” said Aubameyang.

“Nothing,” he added when pushed for comment on his plans for next season. “Today, it’s just about the trophy.”