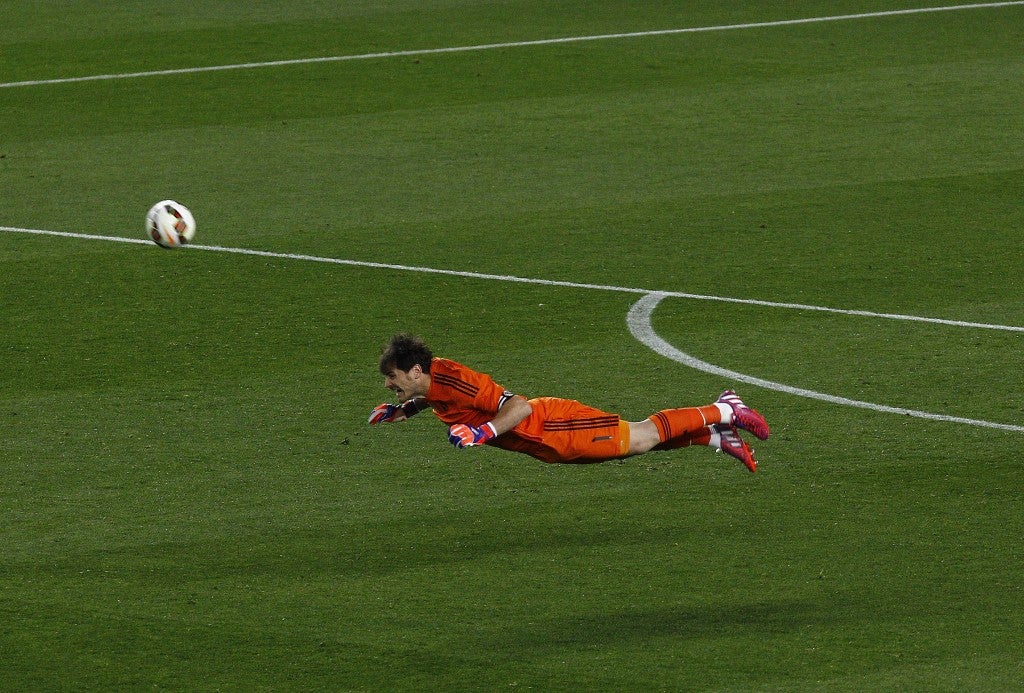 (FILES) In this file photo taken on March 22, 2015 Real Madrid’s goalkeeper Iker Casillas heads a ball during the “clasico” Spanish league football match FC Barcelona vs Real Madrid CF at the Camp Nou stadium in Barcelona. – Spain’s World Cup-winning goalkeeper Iker Casillas announced his retirement on August 4, 2020, after being sidelined for more than a year with a heart problem. (Photo by QUIQUE GARCIA / AFP)

MADRID-— Former Spain and Real Madrid goalkeeper Iker Casillas officially announced the end of his playing days on Tuesday, more than a year after his last match.

The 39-year-old Casillas was with Portuguese club Porto but hadn’t played competitively since a heart attack in May last year.

“What is important is the path you travel and the people who accompany you, not the destination to which it takes you,” Casillas said on Twitter. “With hard work, you will always arrive where you want. I can say, without a doubt, that it has been the path and the destination that I’ve always dreamed about.”

Casillas said announcing his retirement was one of the “hardest” and “most difficult” days of his career.

His contract with Porto ended after the team defeated Benfica last weekend to win the Portuguese Cup. He didn’t play but celebrated with his teammates and lifted the trophy.

Real Madrid called Casillas “one of the biggest legends of our club and of world football” and “the best goalkeeper in the history of Real Madrid and Spanish football.”

“Today one of the most important footballers in our 118 years of history calls it a day as a professional player, a player we love and admire, a goalkeeper who has made the Real Madrid legacy bigger with his work and exemplary behavior both on and off the pitch,” Real Madrid said in a statement. “He was formed here and defended our shirt for 25 years, becoming one of our most emblematic captains of all time.”

With Porto, Casillas won two Portuguese league titles, in addition to the Portuguese Cup and a Super Cup.

He played 167 matches for Spain and won the Under-20 World Cup.

Casillas this year contemplated running for the presidency of the Spanish soccer federation but withdrew his candidacy amid the coronavirus pandemic.