‘Slim to none’: Nick Kyrgios unlikely for French Open 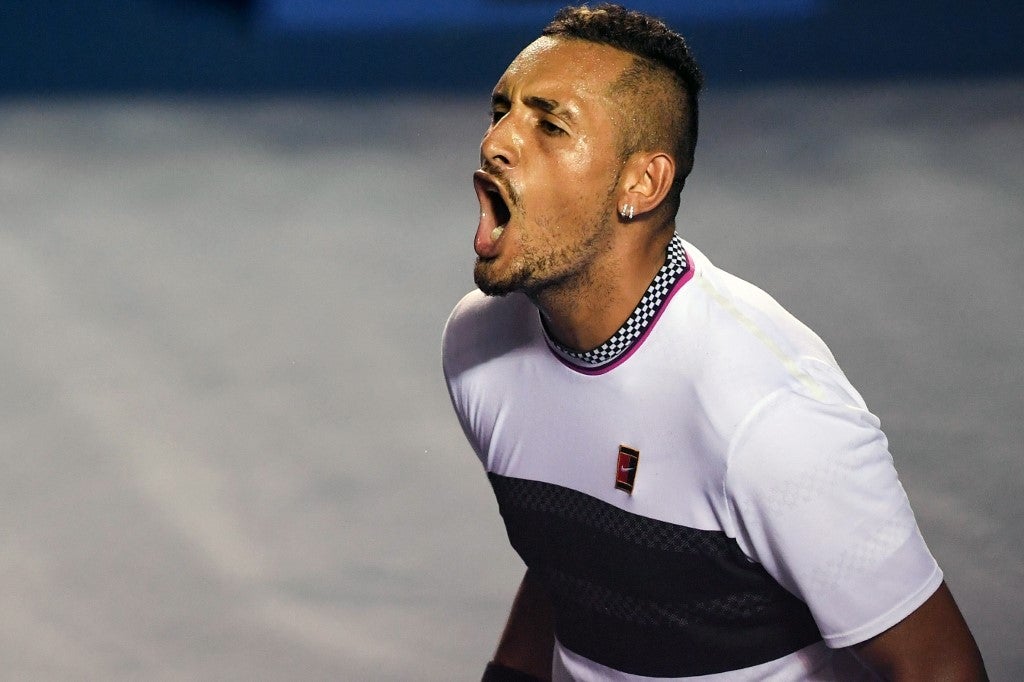 Nick Kyrgios dropped a huge hint Thursday that he will skip the French Open, saying the chances of him traveling to Europe this year were “slim to none.”

The opinionated Australian last week pulled out of the upcoming US Open in New York due to the coronavirus pandemic, with world number two Rafael Nadal the following suit.

Kyrgios, ranked just 40 but a big drawcard, said he wasn’t surprised by the Spaniard’s decision, noting that the clay court king was likely “eyeing the French Open” in late September.

“And if I was to play I’d probably definitely rather go to Europe (than America) at this time of year for sure with everything going on,” he added to Channel Nine television from his Canberra base.

But Kyrgios suggested that was also unlikely, casting serious doubt over his presence at Roland Garros.

“It’s a very slim chance I’ll play in Europe. Almost slim to none to be honest,” he said.

“I’m going to use this (time) to stay home, train, be with my family, be with my friends and I’m just going to act responsibly, and wait till I think there’s better circumstances to play.”

Kyrgios also cast doubt on next year’s Australian Open, scheduled for January, as host city Melbourne battles a major outbreak that has triggered a stay-at-home lockdown and curfew.

“I’m not too sure the Australian Open will be going ahead as it did at the start of the year with the pandemic in Melbourne,” he said.

“It’s sad times in Melbourne so I’m not too sure if the Australian Open will go on.”

Kyrgios has been vocal in his criticism of some other players during the pandemic, waging a social media battle with top names who played at Novak Djokovic’s ill-fated Adria Tour exhibition.

Djokovic, Grigor Dimitrov, Borna Coric and Viktor Troicki all tested positive for the COVID-19 illness after the event, where social distancing was minimal and some players went nightclubbing.

The Serbian world number one, Austrian Dominic Thiem, Coric and Alexander Zverev have all been in Kyrgios’s firing line and he lobbed another missile, without naming any players, on Thursday.

“Their behavior throughout this time, I don’t think has been great at all. Especially coming from some of our leaders of the sport,” Kyrgios said.

“On top of our game they’re supposed to be setting an example for the rest of the tour, and them coming back at me with behavior that I’ve done on court, I mean it just shows their intellectual level to be honest.