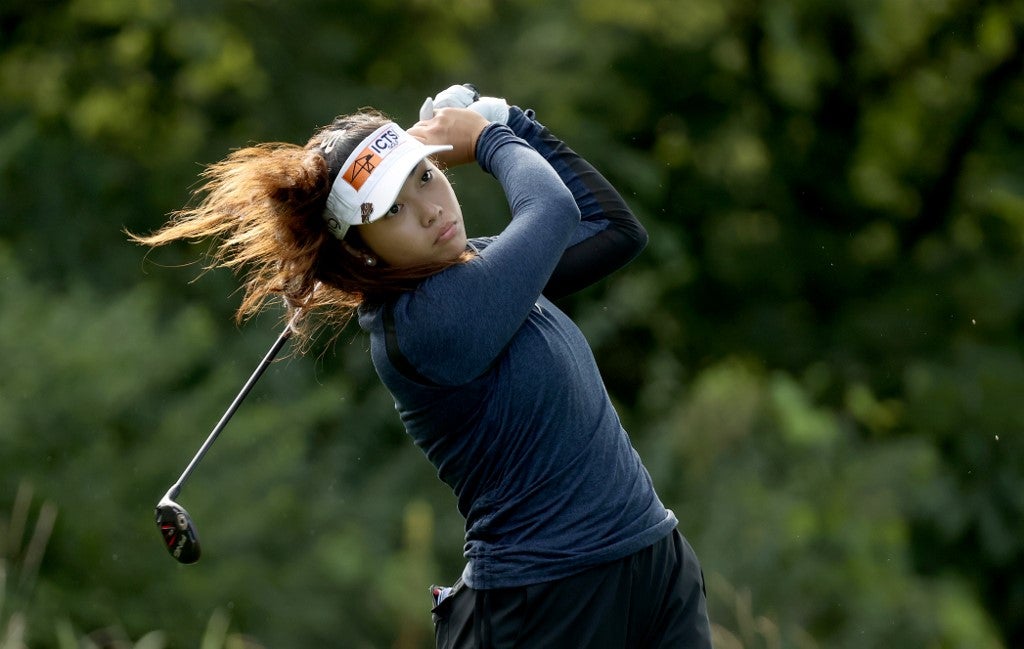 SYLVANIA, OHIO – AUGUST 06: Bianca Pagdanganan of the Philippines hits a tee shot on the ninth hole during the first round of the Marathon LPGA Classic at Highland Meadows Golf Club on August 06, 2020 in Sylvania, Ohio. Gregory Shamus/Getty Images/AFP

MANILA, Philippines — Bianca Pagdanganan admitted she had butterflies in her stomach ahead of her first LPGA Tour event as a professional, which got initially stalled due to the coronavirus pandemic.

But the Filipino golfer showed nerves of steel after firing a 67 in the second round of the Marathon LPGA Classic in Ohio Friday.

Pagdanganan highlighted her round with 10-foot eagle putts at No. 17 and 18 en route to another solid outing after an opening 69 Thursday.

“I’m not going to lie. I was a bit nervous coming back into like the competitive mode,” said Pagdanganan in a story on the LPGA website. “For the most part, that’s what I love about golf. But not having that for a couple months, I was pretty nervous.”

“That’s so cool. That’s also the first time it’s ever happened to me, back to back eagle. I was like, Oh, that’s pretty rare,” said Pagdanganan. “Of course, I just like had to keep my cool throughout the round. Couldn’t just let that take over. I was able to calm myself down and just hold on to that.”

The 22-year-old Pagdanganan, a double gold winner in the 2019 Southeast Asian Games, became just the second player to hit successive eagles this season which was also just the 23rd time in the history of the LPGA Tour.

Pagdanganan heads into the third round seven strokes behind leader Lydia Ko.