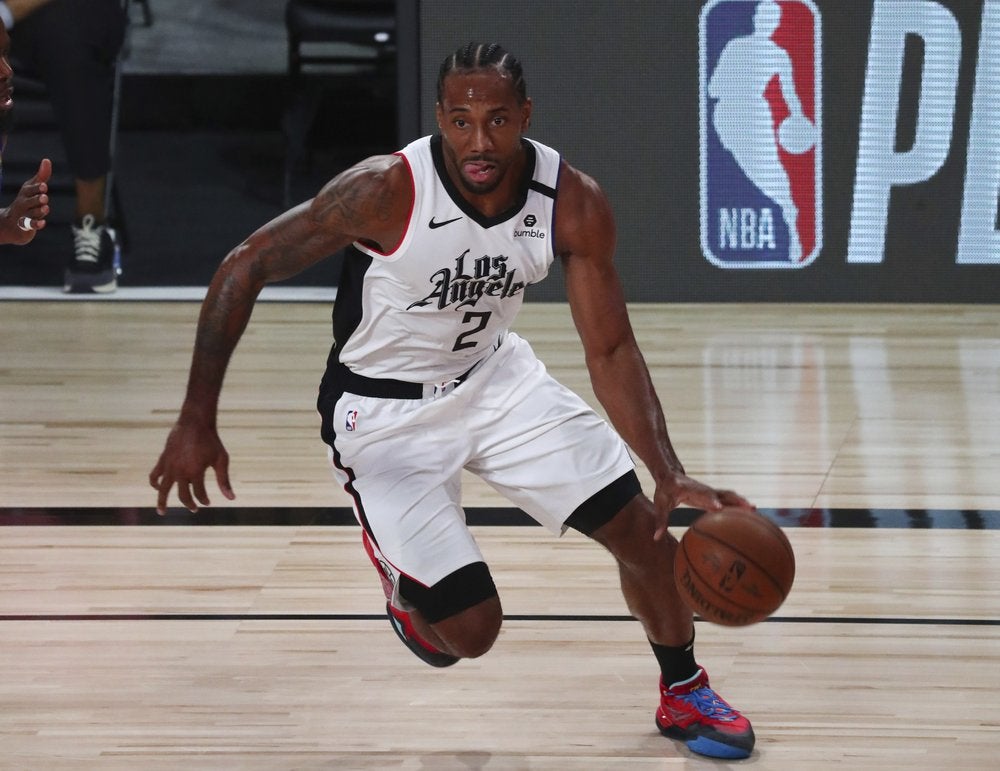 LAKE BUENA VISTA, Florida — Los Angeles Clippers stars Kawhi Leonard and Paul George were playing together at a high level before the coronavirus stopped the NBA in its tracks. They’ve regained their form just in time for the playoffs and a showdown with the talented Dallas duo of Luka Doncic and Kristaps Porzingis.

The Clippers were 7-1 in their final eight games before the season was suspended in early March.

“They’re starting to work right back into that,” coach Doc Rivers said of his superstar duo. “If we can get there, we’re really good.”

“We want to win it all,” Rivers said.

The Clippers were 3-0 against the Mavs during the regular season, winning by an average of 11 points. Los Angeles won 126-111 in their lone meeting in the bubble.

“It’s a very challenging matchup because of their talent and the physical nature of how they play,” Mavs coach Rick Carlisle said. “We’ll learn a lot about ourselves as we begin competing in the series.”

Leonard begins pursuit of his third NBA championship with three different teams. He led Toronto to its first title last year, taking Finals MVP honors along the way, before heading to Los Angeles and a partnership with George. They visited each other during the league suspension to continue building chemistry. “For us, guys like the ball in different places, they like to play a certain way,” George said. “It’s just getting an understanding of where he likes the ball in his space and surrounding him. Vice versa.” They’re two of the best perimeter defenders in the league to go with their big offensive production. Leonard, who also won a title and Finals MVP honors with the Spurs in 2014, averaged career highs of 27.1 points, 7.1 rebounds and 4.9 assists during the regular season. George averaged 21.5 points and 5.7 rebounds.

Doncic runs the most efficient offense in NBA history; Porzingis creates a matchup nightmare for opposing big men. They’ll both be making their NBA playoff debuts. The 21-year-old Doncic was the youngest Euroleague MVP at 19 when he led Real Madrid to the title two years ago before being drafted. “He has the ability to score. He gets to the paint. He’s strong. He’s an elite passer,” Rivers said. “There’s no great offense that doesn’t start with a great player, and he’s a great player.” Doncic leads the league with 17 triple-doubles this season. Porzingis put up huge numbers during the seeding games, averaging 30.5 points, 9.5 rebounds and 1.5 blocks. He could emerge as a breakout performer in his own right 2 1/2 years after tearing his ACL and being traded by the New York Knicks. “We want to go out there, play our best basketball so far, put all the little things together and make some noise,” Porzingis said.

Being in the bubble didn’t protect the Clippers from the injuries and player unavailability that disrupted their rotation before the season was suspended. Their roster was intact for just seven games when the pandemic halted play. In the bubble, six of their top 10 players were out at one point, most notably reigning Sixth Man of the Year Lou Williams and Montrezl Harrell, who left to tend to personal matters. Harrell’s quarantine upon returning ends Sunday, which means he could be activated in time for Game 1. He didn’t play in any of the eight seeding games, so he will get thrown into the playoffs. Patrick Beverley (calf strain) and Landry Shamet (left foot sprain) have been nursing injuries.