Doncic debut good enough for history, but not for a win | Inquirer Sports
Close
menu
search

Doncic debut good enough for history, but not for a win 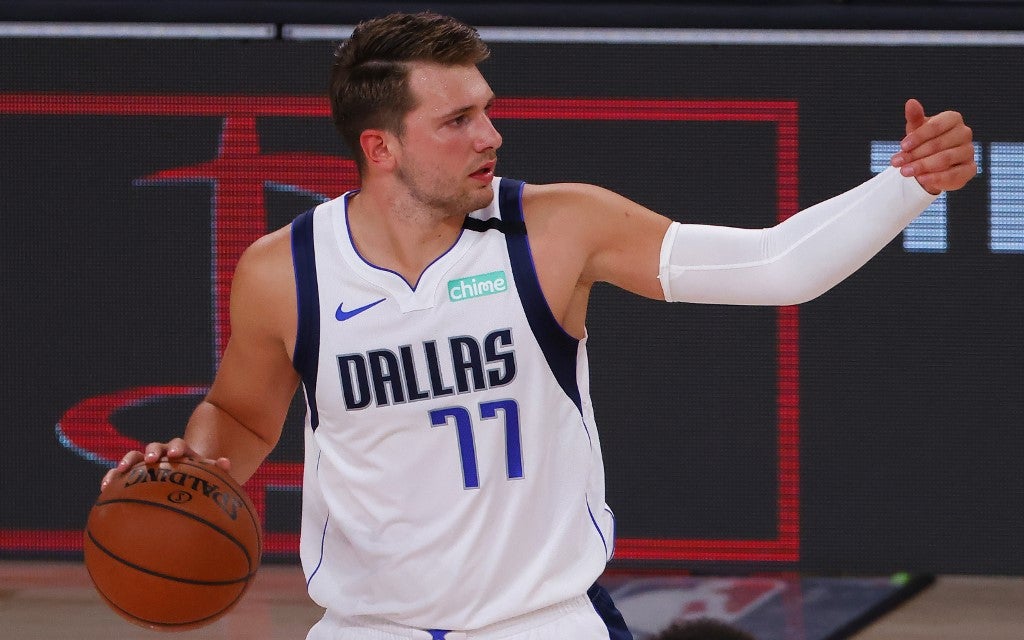 Luka Doncic #77 of the Dallas Mavericks sets up the play against the LA Clippers during the first quarter in Game One of the Western Conference First Round during the 2020 NBA Playoffs at AdventHealth Arena at ESPN Wide World Of Sports Complex on August 17, 2020 in Lake Buena Vista, Florida. Kevin C. Cox/Getty Images/AFP

LAKE BUENA VISTA, Florida — Nobody had ever scored as much as Luka Doncic in an NBA playoff debut.

His evaluation of his historic performance?

Doncic is out for wins, not stats, and the Dallas Mavericks weren’t good enough to get one in the opener of their series against the Los Angeles Clippers. They climbed back from a dismal start caused in part by Doncic’s carelessness, but ended up losing 118-110 on Monday night.

So while his 42 points were the number that drew the most attention, Doncic was focused on another number in the box score.

“I should never have 11 turnovers,” he said. “That’s 11 more possessions I can have. The thing about this game is I’ve got to be way better than that for sure.”

Three of the turnovers came in the opening minutes, when the Clippers raced to a 10-0 lead. They seemed intent on banging the 21-year-old guard around whenever they could and it appeared early that Doncic might not be able to handle it.

But he kept picking himself up and in the end almost knocked the No. 2-seeded Clippers off.

“I thought his performance was spectacular when you factor in everything and how often he’s getting hit fouled, held and everything else.”

It was one of the turnovers that led to the pivotal play in the game. Doncic was whistled for a palming violation with Dallas holding a five-point lead early in the third quarter, having played well after its rocky start. The Clippers’ Marcus Morris tried to grab the ball and ended up grabbing Doncic. Kristaps Porzingis came over to brush away Morris, who shoved Porzingis.

Both players were hit with technical fouls and because it was Porzingis’ second of the game, he was automatically ejected. The Clippers followed with a 16-5 run to take an 82-76 lead and Doncic couldn’t bring Dallas all the way back a second time.

After leading the NBA with 17 triple-doubles during the regular season, he finished with nine assists and seven rebounds Monday. Doncic bettered John Williamson’s 38 points in 1979 for most in an NBA playoff debut and was the first 21-year-old to score 40 since LeBron James in 2006.

“Luka was just being Luka out there,” Porzingis said. “He made history again, but I know for him and for us and, especially for him, it doesn’t really matter much if we don’t get the win.”

The Mavericks will get another chance Wednesday against one of the deepest teams in the NBA, with top defenders such as Kawhi Leonard, Paul George and Patrick Beverley all waiting to take their turns at Doncic.

“Give credit where credit was due. He played great tonight. But we got to tighten up some things to make it tougher,” George said. “I thought as good as he played tonight, we could have limited some of the stuff. That’s what we got to work on.”