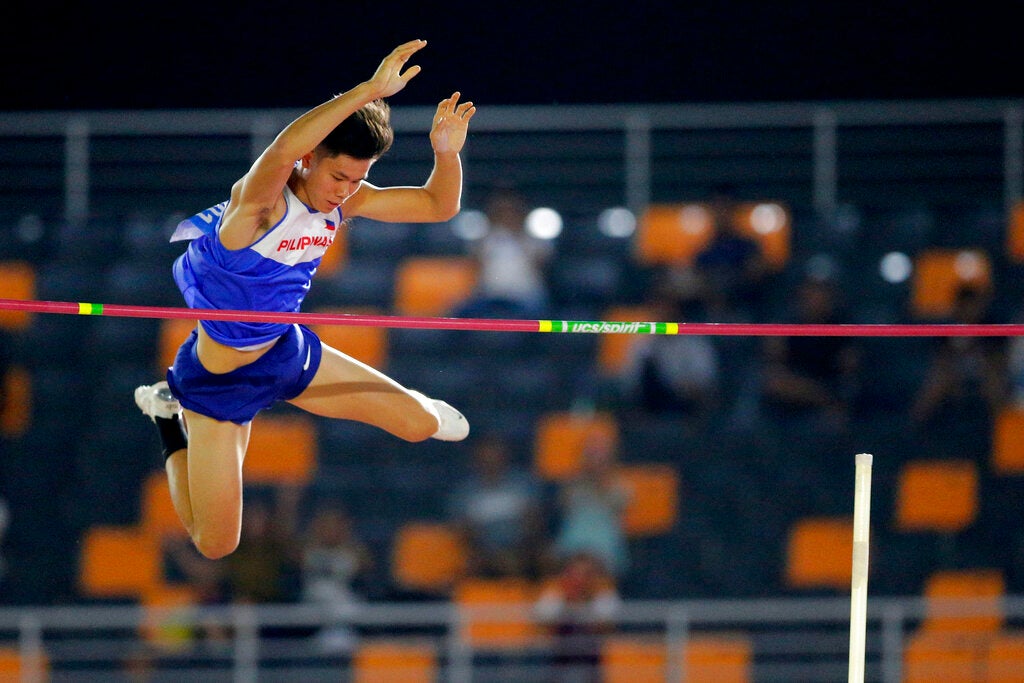 EJ Obiena doesn’t need to look far for someone to push him as he chases Olympic glory. He already trains beside the guys.

“Training-wise, it’s very humbling to see a very good role model and I see him every day so we push each other every day,” Obiena told the Inquirer via a Zoom interview.

And it’s no ordinary role model. At camp in Formia, Italy, Obiena trains with the man who has already been to the top of the podium—reigning Olympic champion Thiago Braz.

“Not everyone can train with an Olympic champion and of course there are advantages and disadvantages but the advantages outweigh the negative,” said the University of Santo Tomas product. “I’m very thankful for Thiago for all his knowledge that he’s imparted in me.”

The 24-year-old Obiena hopes to experience the same Olympic glory his Brazilian training partner has. But for now, he is milking the experience of training with—and competing against—Braz.

In his last competition, Obiena captured the silver medal in the Who’s the Finest Pole Vaulter online contest after he cleared a height of 5.60 meters at their training center. Braz took the gold after clearing 5.70 meters.

Obiena, who owns the Philippine national record for pole vaulting at 5.81 meters, said he’s nowhere near top form but he’s getting there, thanks to Braz, who also serves as a mentor despite being only two years older.

“My idea when I meet someone successful in their field is [I try to] learn from this guy and the good thing is he’s so kind to me,” Obiena said. “The way he approaches an event gives me a different perspective. We push each other, that’s the dynamic that works.”

Obiena tried to clear 5.70 meters in his next jumps in an attempt to beat Braz in the recent tournament but failed.

“I really wanted to win that competition that day, but my training partner got the best of me,” Obiena said. “The better man won. It was a good day for him, it was an okay day for me and I don’t know what to feel about that. I’m happy for him. We both had a good time. It’s fair play, sometimes you win.”

Obiena is one of four Filipinos arelady qualified to the Tokyo Olympics, which was rescheduled to next year because of the coronavirus pandemic.