It is a story that ran along several plot lines: A disagreement between player and coach, a school stockpiling on talent welcoming another rising star, allegations of health protocol violations and, ultimately, heartbreak for a University of Santo Tomas (UST) standout and the Tigers’ staunch supporters.

CJ Cansino, the former UAAP juniors MVP and UST captain, has formalized his transfer to the University of the Philippines after a series of developments over the past few days, but his decision to switch campuses seems to be just half the story.

“CJ will be a great addition to ensuring the sustainability of the program,” Fighting Maroons head coach Bo Perasol said in a statement shared with the press.

As UST reels with the decision of its young superstar-in-the-making to join the Maroons, questions inevitably arose—not the least of which was what prompted the split between the school and the player who shrugged off offers from several big programs to play for the Tigers. 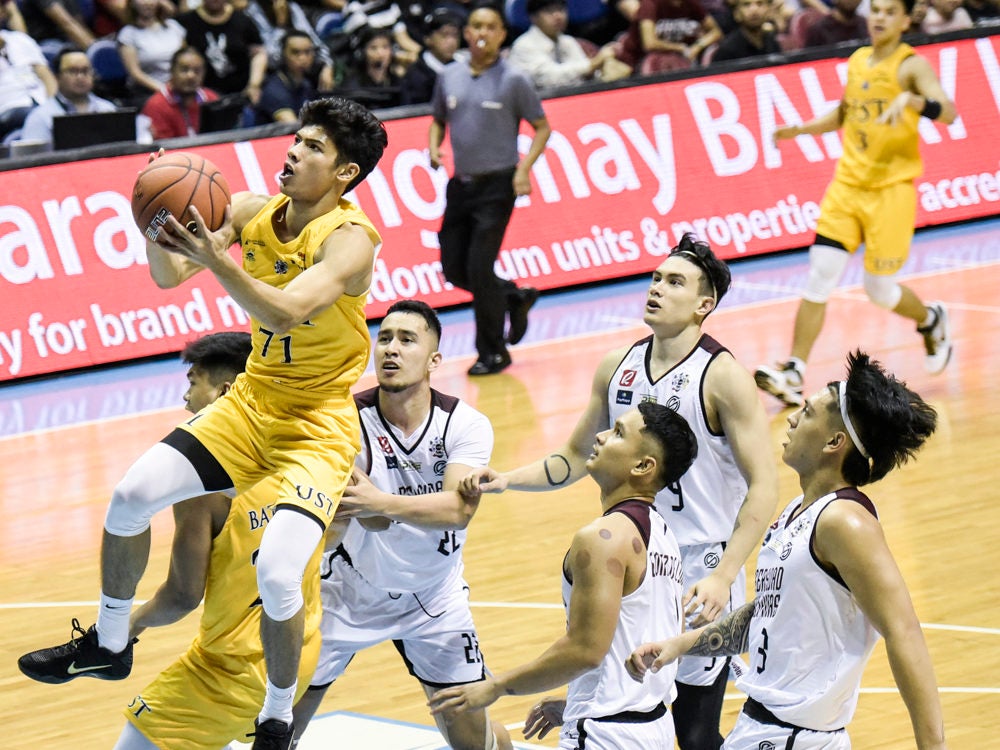 CJ Cansino (71) soars to the basket against a phalanx of UP defenders. The former UST skipper will join the Maroons after leaving the Tigers in a decision that opens a lot of questions. —SHERWIN VARDELEON

“If I were given just one good reason to stay, despite the many reasons I have to leave, I’d stay. I still want to play for UST,” he said in Filipino in a statement released on Friday morning. “But I was removed. I won’t force myself somewhere [I am not wanted].”

Perasol, in an interview with the Inquirer, said UP was aware of the problems brewing within the UST camp even before news began cropping up regarding Cansino’s departure from the Tigers’ lair.

“He only talked about it [on Thursday] night but those in the inner circle already knew there was a problem [between CJ and UST],” Perasol said. “A few days ago, [CJ] already said he was already contemplating other options so we pitched to him. He committed to us [on Friday] after lunch.”

The circumstances surrounding the transfer could merit a deeper probe.

According to sources, Cansino reportedly had a disagreement with the coach Aldin Ayo over staying in a “bubble environment” in Sorsogon province where the Tigers were holed up for practice. Cansino, reports said, was not allowed to travel back home to be with his family.

Should the Tigers have been practicing in the first place? With the country in various degrees of quarantine due to the coronavirus pandemic, even the least restrictive lockdowns do not allow teams to be training yet. The only available exemptions allowed by the government’s Inter-Agency Task Force for the Management of Emerging Infectious Diseases’ in its only joint administrative order thus far are for professionals of basketball and football, who have been allowed to resume training—but only individually—under approved health protocols. 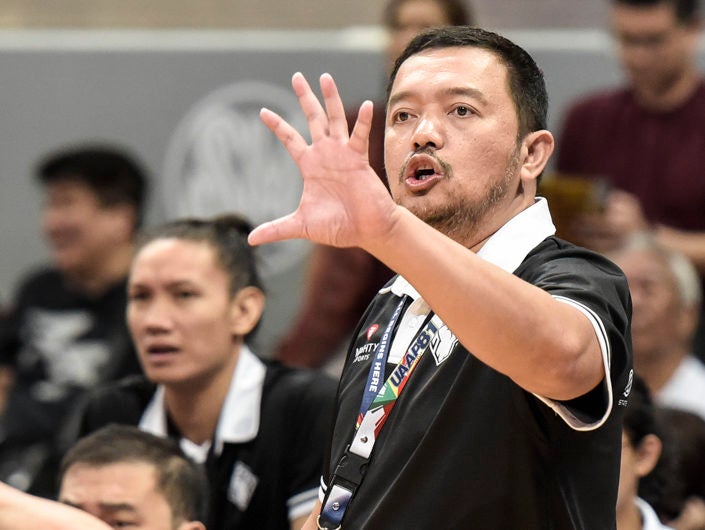 A facility of the same name is situated in Sorsogon City, where the team has routinely held offseason training.

In a past interview, Ayo said he wanted to bring his charges to Sorsogon, his hometown, citing their well-being amid the quarantine measures during the coronavirus pandemic. Ayo hasn’t responded to messages and calls at press time.

Cansino, meanwhile, made the heartbreak of his transfer evident.

“UST is my dream school and what happened really saddens me,” Cansino said in his statement. “I’ve always said that I could never imagine myself playing for any other color but yellow.”