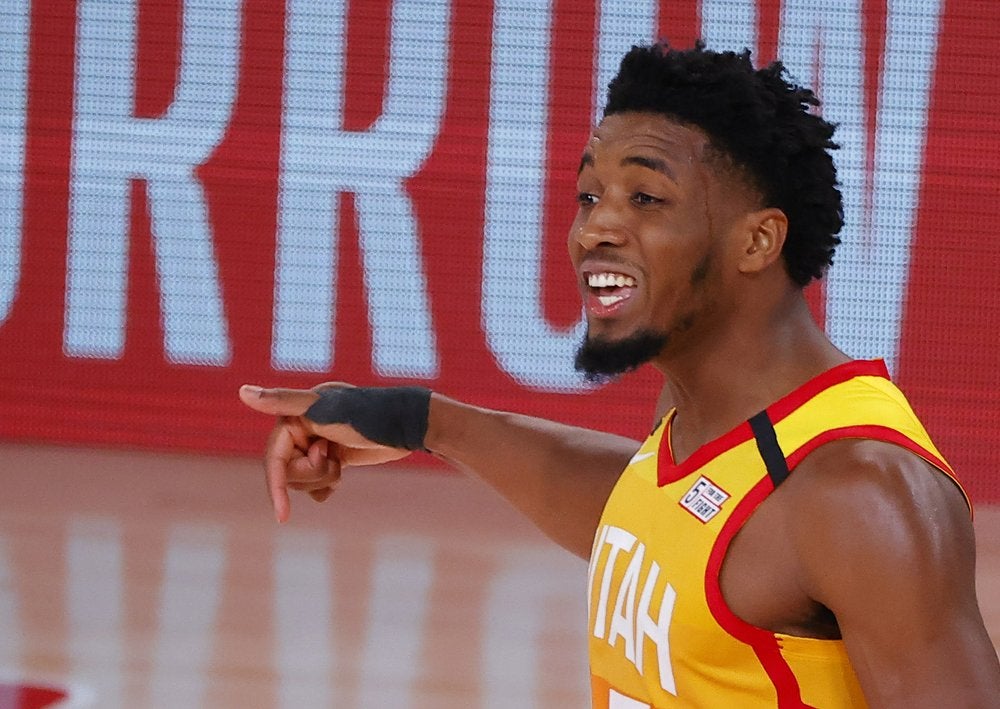 LAKE BUENA VISTA, Florida — Donovan Mitchell scored 18 of his 51 points in the fourth quarter and the Utah Jazz withstood a 50-point night from Jamal Murray to beat the Denver Nuggets 129-127 on Sunday and take a 3-1 lead in the playoff series.

The Jazz can close it out in Game 5 on Tuesday.

Murray, who hit a long 3-pointer near the buzzer, had the most-ever by a Denver player in a postseason game, surpassing Spencer Haywood’s mark of 45 in an ABA playoff contest on April 19, 1970. Murray also had 11 rebounds.

Nikola Jokic added 29 points, including three dunks. Jokic is not known for his dunking despite his 7-foot frame.

Leading 109-108 with 4:02 remaining, the Jazz were on the fast break when Paul Millsap fouled Mitchell. The officials ruled it a clear-path foul. Mitchell hit both free throws and after getting the ball out of bounds, Mike Conley hit a jumper to extend the lead to five.

From there, the Jazz simply held on. Rudy Gobert had a big game with 17 points and 11 rebounds. Conley added 26 points in his second game since returning to the NBA bubble after leaving for the birth of his son.

After two blowouts by the Jazz, this game got back to being close. But once again the Jazz took control with a third-quarter spurt. They outscored the Nuggets 33-24 in the quarter and moved to plus-50 in the third for the series.

The Nuggets tweaked their lineup after losing Games 2 and 3 by a combined 56 points. They started Monte Morris and Jerami Grant. To the bench went Michael Porter Jr. and defensive specialist Torrey Craig.

It was a tight first half that featured 12 lead changes and four ties. The biggest lead was eight by Denver.

Nuggets: Gary Harris was upgraded to “doubtful” for Game 4, but didn’t play due to a hip injury. Will Barton III (right knee) also remains sidelined. … Millsap had 16 points.

The Nuggets went to a different part of the NBA bubble for a team dinner Saturday night. It was a chance for a change of scenery.

“Just nice to get out of our hotel, go somewhere else, get some different food, a different environment and be together. Break bread,” Nuggets coach Michael Malone explained.

Asked about the areas the team needed to work on against Utah, Malone cracked: “We’re really close. I think it comes down to two things. If we can do these two things right we’re going to have a chance: Our offense and our defense.”