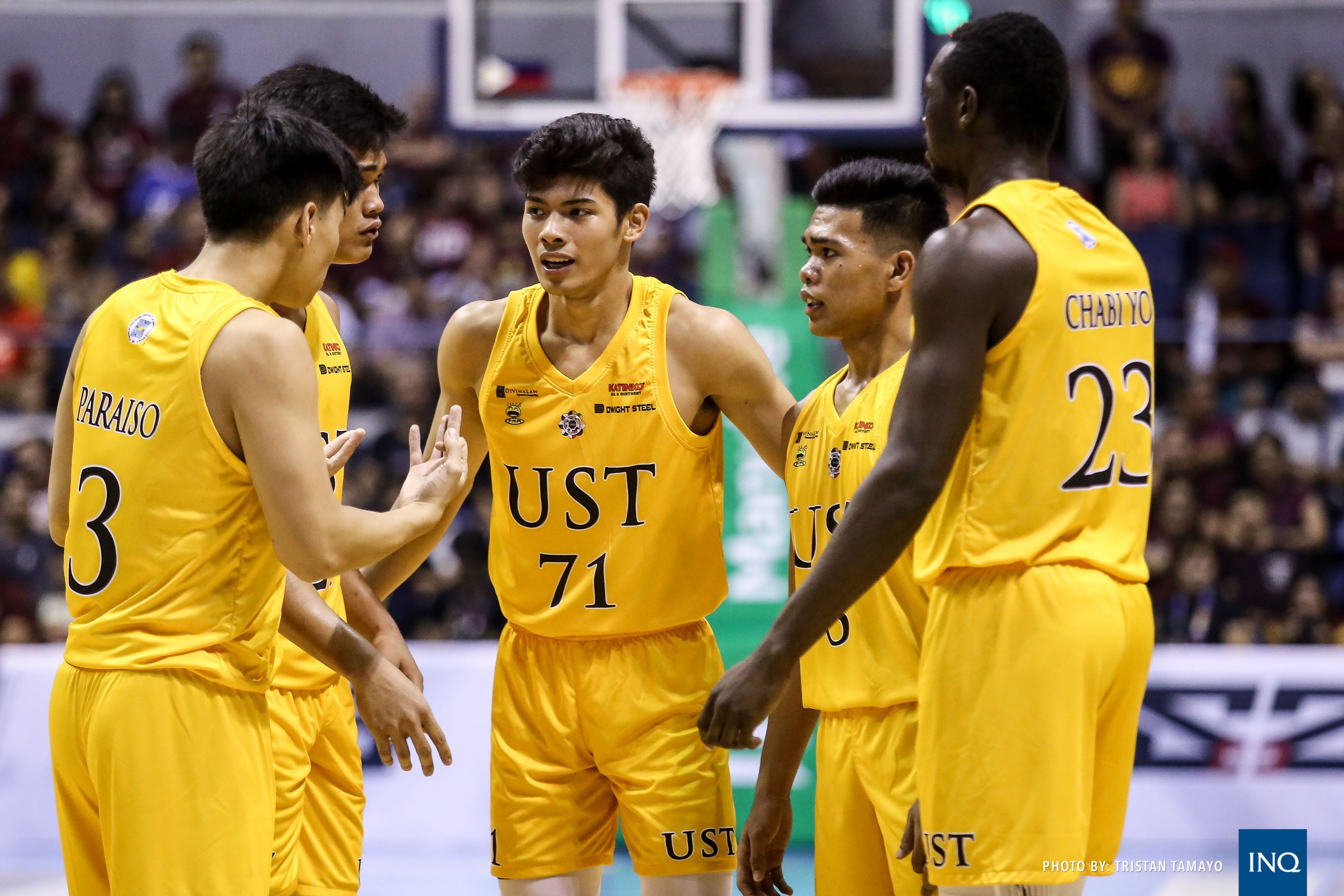 FILE – UST Growling Tigers huddle during a game against the UP Fighting Maroons in UAAP Season 82. Photo by Tristan Tamayo/INQUIRER.net

MANILA, Philippines — CJ Cansino, University of Santo Tomas’ former skipper, shared on Twitter on Wednesday excerpts of his supposed Facebook group chat with players on the team and their parents over the conditions of the alleged Growling Tigers’ training in Sorsogon.

He replied to a leaked image of the group chat named “sorsogon w/ parents,” and posted six screenshots in the following tweets saying parties have been convincing him to reveal details on the matter.

The images indicate that the athletes themselves added their parents to the thread.

Cansino himself was the first to share, saying the food being served was not of his preference. He said that some of his teammates have resorted to ordering fast food, while others have become ill.

Bismarck Lina supported Cansino’s statement, adding that the meals were a tad too oily and at times tasteless.

Soulemane Chabi Yo, the league’s Most Valuable Player, supported such claims and added that he had been experiencing homesickness, poor mobile signal reception, and a “different routine from what we’re [used] to.”

Rhenz Abando, one of the team’s stars, said that nobody is tending to the Tigers who have become sick during their stay in Sorsogon.

Paul Manalang noted of the team management’s insistence that the Growling Tigers were not experiencing budget constraints despite the terrible conditions they were already experiencing.

It is worth noting, however, that some of the images had been cropped.