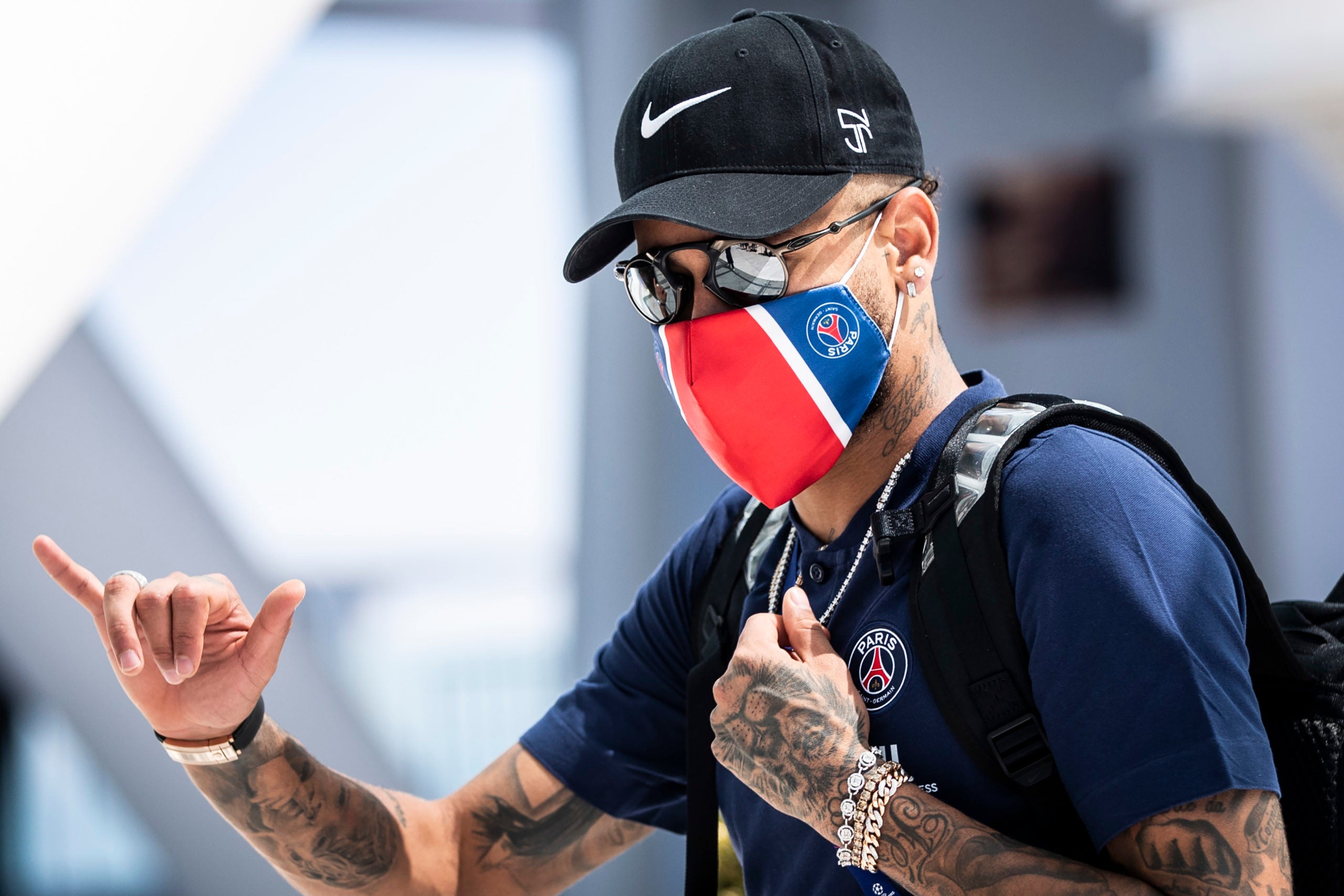 (FILES) In this file photo taken on August 24, 2020 Paris Saint-Germain’s Brazilian forward Neymar leaves the team’s hotel in Lisbon, a day after being defeated by Bayern Munich during the UEFA Champions League final football match. – Nike said on August 29, 2020 that it had parted ways with Neymar, ending one of its most high-profile sponsorship deals a decade and a half after signing the star striker as a 13-year-old prodigy. (Photo by CARLOS COSTA / AFP)

Nike has parted ways with Neymar, ending one of its highest-profile sponsorship deals a decade and a half after signing the star striker as a 13-year-old prodigy.

“I can confirm Neymar is no longer a Nike athlete,” a spokesman for the US sportswear giant, Josh Benedek, said in an email to AFP on Saturday, without giving details.

“We generally do not comment on rumors,” a spokesman for Puma in Germany responded.

Brazilian news site UOL said Neymar and Nike had failed to reach a deal on how much money he would be paid for renewing his contract.

It said negotiations between the company and the footballer’s agents had run into trouble months ago.

Neymar’s communications team did not immediately respond to a request for comment.

Puma likewise did not immediately respond to questions about reports the company was in talks to sign him.

Brazilian newspaper Folha de Sao Paulo said Neymar’s last deal with Nike was an 11-year contract that was only set to expire in 2022, worth a total $105 million.

Neymar, who is fresh off the heartbreak of narrowly losing the Champions League final to Bayern Munich, holds the record for the most expensive football transfer in history.

Forbes magazine, which ranks him the world’s seventh highest-paid celebrity, estimates his earnings for this year at $95.5 million, including endorsement deals.

Neymar signed his first deal with Nike as a youth standout at Brazilian side Santos, which sold him to Barcelona in 2013.

With his skinny good looks, tattoos, ever-changing hairstyles and huge following on social media, the player soon exploded onto the international scene, dazzling the football world with the skills he honed playing five-a-side “futsal” on the mean streets of suburban Sao Paulo.

But his brand, already blemished by tax fraud allegations over his murky transfer to Barca, was badly dented last year when a Brazilian woman accused him of raping her.

Nike expressed its “deep concern” at the time, but stood by the player after police closed the case, citing a lack of evidence.

Neymar will still wear Nike apparel on the pitch: the company sponsors both PSG and the Brazilian national team.

The company sponsors many of the most iconic names in sports, including Michael Jordan, LeBron James, Cristiano Ronaldo, Serena Williams, Tiger Woods and Rory McIlroy.