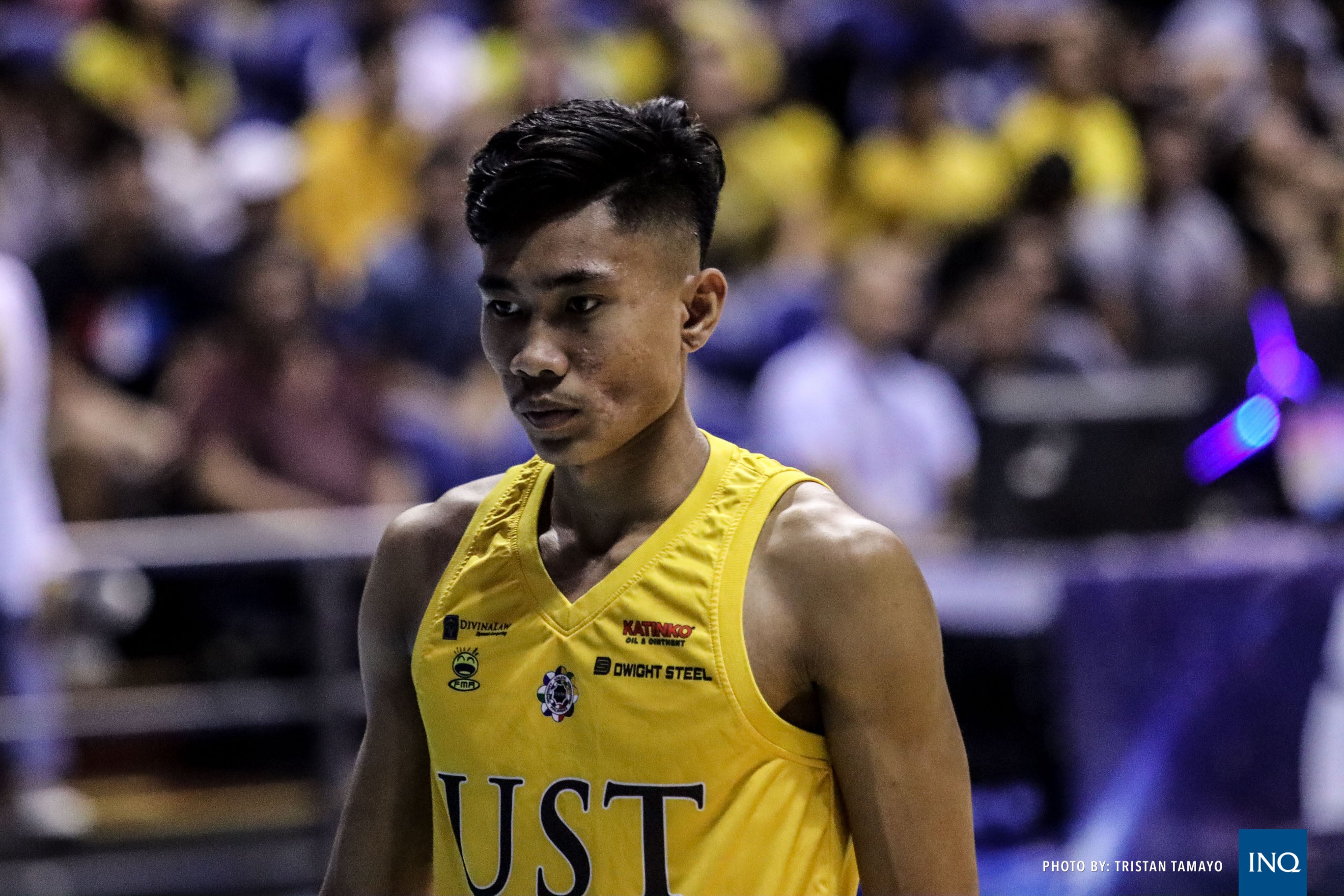 Cansino is now with University of the Philippines after claiming he was cut by the Growling Tigers for reportedly insisting to go home to his family during the team’s alleged bubble training camp in Sorsogon.

Paraiso, meanwhile, reportedly left UST due to the possibility of the school serving a suspension for the alleged breach of quarantine protocols during its supposed training camp amid the coronavirus pandemic.

The Varsitarian, the official publication of UST, confirmed the news shortly after Abando posted a short thank you message to the school on his Twitter account Monday night.

“Thank you for your unending grace!!!💛” the athletic guard wrote.

Thank you for your unending grace!!!💛

Letran is reportedly the favorite to land the 6-foot-2 Abando, who was a revelation for the Growling Tigers in the UAAP Season 82.

Abando was an integral part of the Tigers’ finals run last year.