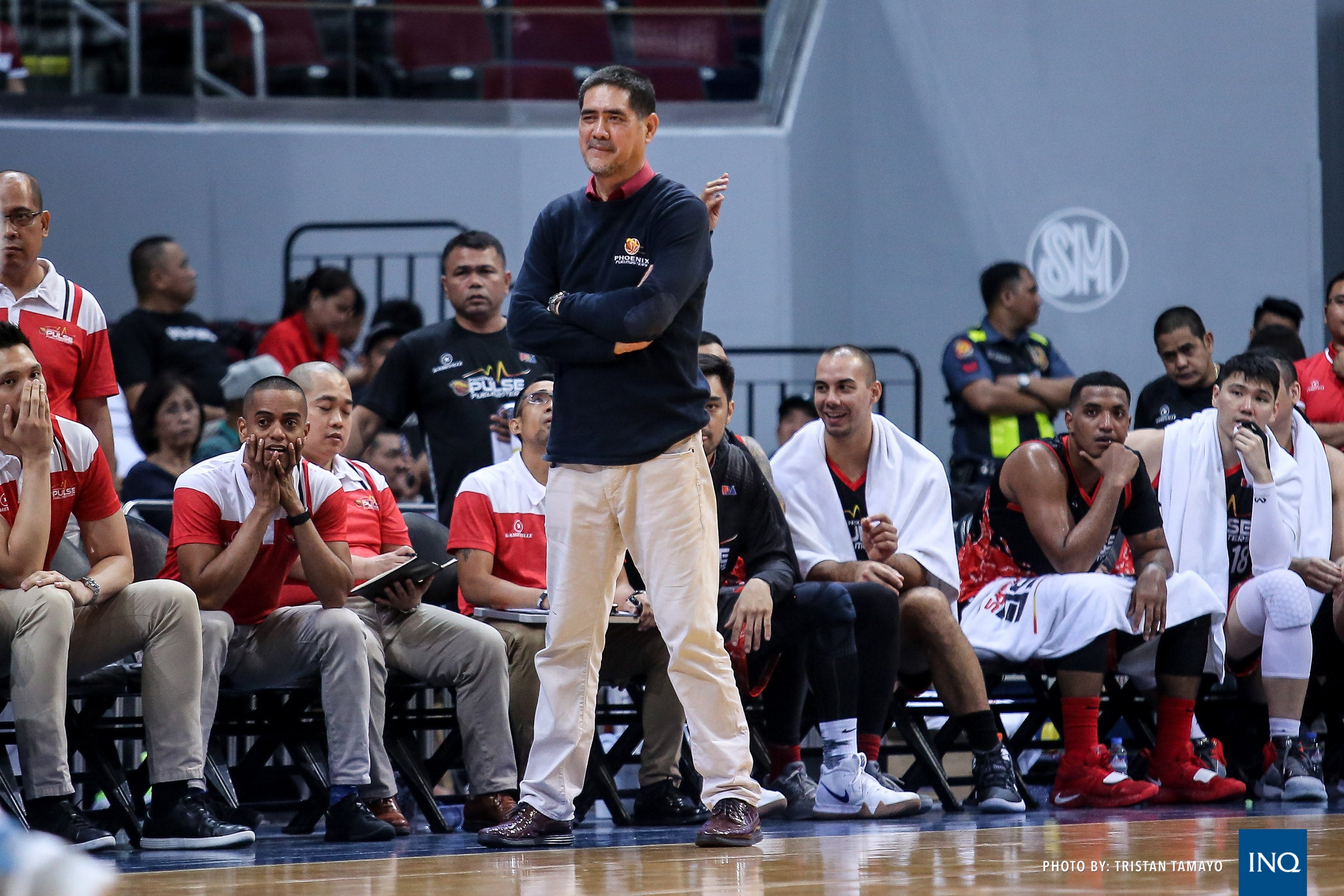 The club released a statement saying that Alas’ departure was done after “much deliberation.”

“With the possibility of a PBA restart, the Phoenix Super LPG Fuelmasters have begun discussions for future plans,” said the club in a statement. “After much deliberation, management has decided to discontinue Mr. Louie Alas’ services as head coach.”

“We believe in coach Topex’s capacity to lead this team and we look forward to the Fuelmasters’ resurgence as one of the league’s exciting contenders.”

Alas, in the six full conferences he held the position, led the Super LPG Fuelmasters to two playoff appearances with both of those being first and second seeds.

Phoenix also suspended Alas this past week for violating health protocols during practice after he had his fingers taped by the team therapist, entering Upper Deck gym during the scheduled time for another batch of players, and prematurely entering the court while decontamination was taking place.

Alas said that his mistakes were purely unintentional and that he himself told the team that he be fined for his actions.

Phoenix finished first in the 2019 Philippine Cup with a 9-2 record before losing to eventual champion San Miguel and second in the 2018 Governors’ Cup with an 8-3 card.