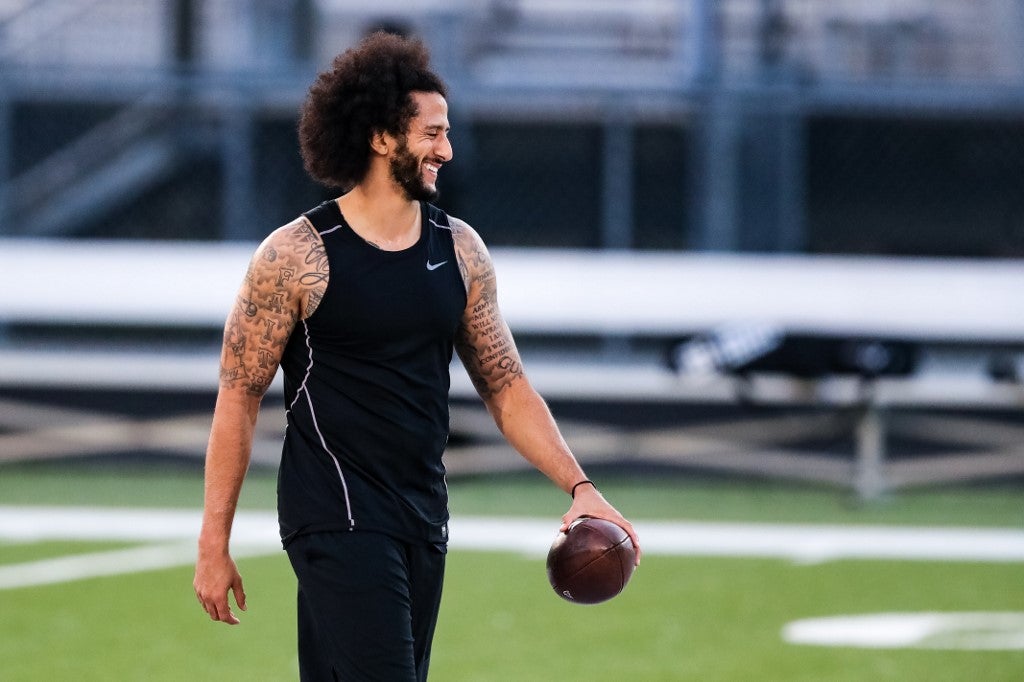 Kaepernick, who launched his kneeling protests in 2016 to draw attention to racial injustice, questioned the sincerity of the NFL’s stance against racism, citing the fact that fellow player-activist Eric Reid remained unemployed.

Reid, who joined Kaepernick’s protests in 2016 when the two played for the 49ers, was released by the Carolina Panthers in March in a move that surprised many.

The 28-year-old safety, who continued to kneel last season during the pre-game playing of the US national anthem, has not been hired since.

“While the NFL runs propaganda about how they care about Black Life, they are still actively blackballing Eric Reid for fighting for the Black community,” Kaepernick wrote on Twitter.

“Eric set 2 franchise records last year, and is one of the best defensive players in the league.”

Kaepernick was widely vilified for his protests against racial injustice and police brutality, and has effectively been shut out of the NFL since being released by the 49ers in 2017.

The NFL initially opposed Kaepernick’s protests, with league commissioner Roger Goodell saying players should stand for the US anthem.

However, after months of protests across the United States following the death of George Floyd during his arrest by police in Minneapolis in May, the NFL changed course.

Goodell has said he now regrets the league’s failure to support Kaepernick and admits that the quarterback’s protests had been mischaracterized as unpatriotic.

This season, the NFL has launched a number of initiatives to demonstrate its support for activists campaigning against racial injustice.

End zones across the league will bear the words “End Racism” and “It Takes All of Us”, while players will be allowed to wear helmet stickers featuring the names of victims of racism.

Sunday’s NFL action began with several teams declining to come on to the field for the anthems. Dozens of players and coaches around the league knelt or sat down during the anthems.