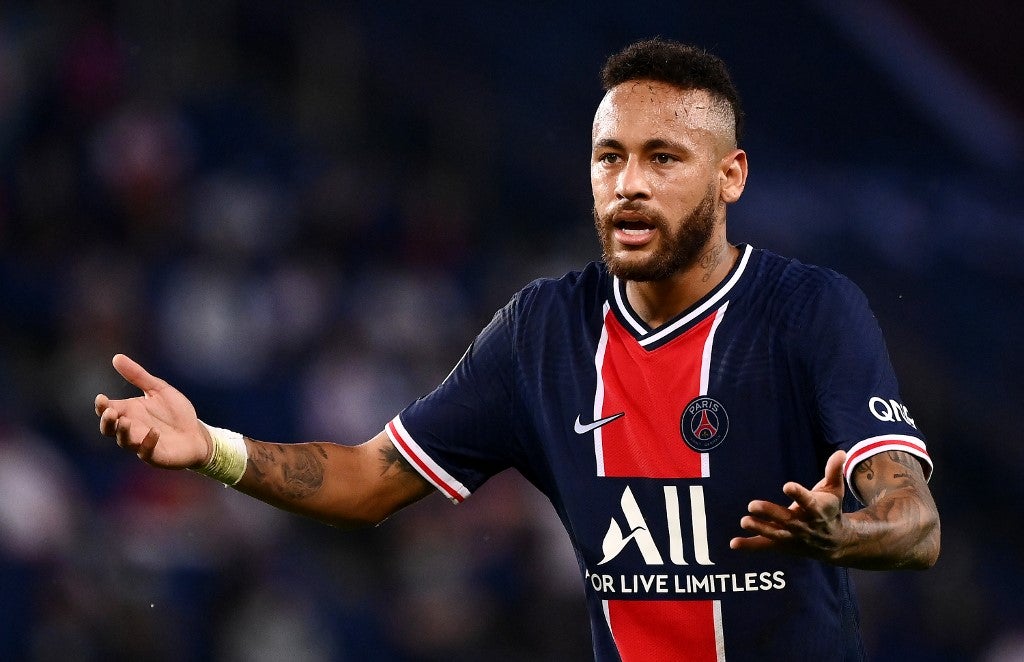 Neymar’s punishment for being one of five players sent off following a brawl at the end of Paris Saint-Germain’s defeat to Marseille will be revealed on Wednesday, the French Football League (LFP) said Monday.

The world’s most expensive footballer was shown the red card in stoppage time of the 1-0 loss at the Parc des Princes alongside teammates Layvin Kurzawa and Leandro Paredes, as well as Marseille’s Dario Benedetto and Jordan Amavi.

Neymar insisted Alvaro Gonzalez called him a “monkey” in a series of furious tweets late on Sunday after he was dismissed for slapping the Marseille defender on the back of the head.

“Look at the racism. That’s why I hit him,” Neymar, who was returning from coronavirus quarantine, said as he left the pitch. Gonzalez later denied making a racist comment.

“The only regret I have is not hitting this idiot in the face,” Neymar then posted after the game, before replying to a Gonzalez tweet to call him a “racist”.

The LFP’s disciplinary commission, which will decide the punishments, could investigate the Brazilian’s accusations against Gonzalez, who Marseille claim was spat on by Angel Di Maria.

Any racist behavior carries a maximum suspension of 10 matches.

Spitting directed at another player can lead to a ban of up to six matches.

Kurzawa meanwhile could be suspended for up to seven matches for violent conduct after aiming a punch at opposition full-back Amavi.