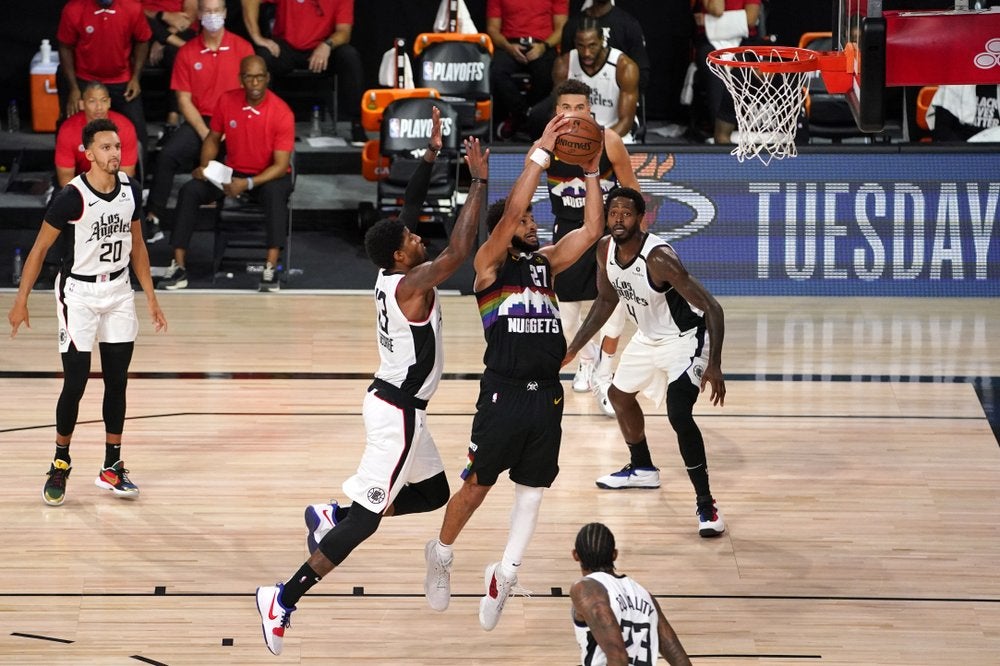 LAKE BUENA VISTA, Florida — Denver started its season by talking about winning a championship way back in training camp, knowing very well that few would believe in the Nuggets’ chances.

The doubters fueled them then.

The doubters still fuel them now — even though they’re one win from the Western Conference finals. Game 7 awaits the Nuggets and Los Angeles Clippers on Tuesday night, with the winner headed to the West title series against the Los Angeles Lakers.

“Everybody can’t wait for the L.A. Western Conference finals,” Nuggets coach Michael Malone said Monday. “But there’s a little city in Colorado called Denver, and we’re trying to do our part to make some noise and kind of further cement our position in the Western Conference and NBA hierarchy because we feel we belong there.”

It’s tough to argue. The Nuggets were down 3-1 to Utah in the first round and advanced; they were down 3-1 to the Clippers this series and are still at Walt Disney World, now 5-0 in elimination games so far this season. Win Tuesday, and they’ll become the first team in NBA history to successfully erase a pair of 3-1 deficits in the same season — or the same decade, even.

“When I see Nikola emotional and yelling and screaming and pounding his chest, I know we’re in a good place,” Malone said.

The Clippers have never been to the conference finals; they’ve had seven chances to get there in their franchise history, going 0-7 in those games.

A year ago, Kawhi Leonard hit the first buzzer-beating, game-winning Game 7 shot in NBA history, lifting Toronto past Philadelphia and into the East finals — on its way to winning the title. The Clippers hope history repeats itself, starting Tuesday.

“Oh, he’s unshakable,” Clippers coach Doc Rivers said. “Kawhi, you can’t guarantee he’ll play well or not because he’s human and all players are. But you know the moment won’t be too big. That’s the one thing — with him, you just know that. So, that’s comforting to know that.”

There are two games Tuesday; the Miami Heat take on the Boston Celtics in Game 1 of the Eastern Conference finals.

— KEEP AN EYE ON: Michael Porter Jr. The star duos — Jokic and Murray for Denver, Leonard and Paul George for the Clippers — kind of cancel the other out. Porter has had some brilliant moments in these playoffs, and if he adds to that in Game 7 Denver’s chances could soar.

— INJURY WATCH: Murray took a bad fall on a hit from George in Game 6, but he was checked out Sunday postgame and is good to go for Game 7.