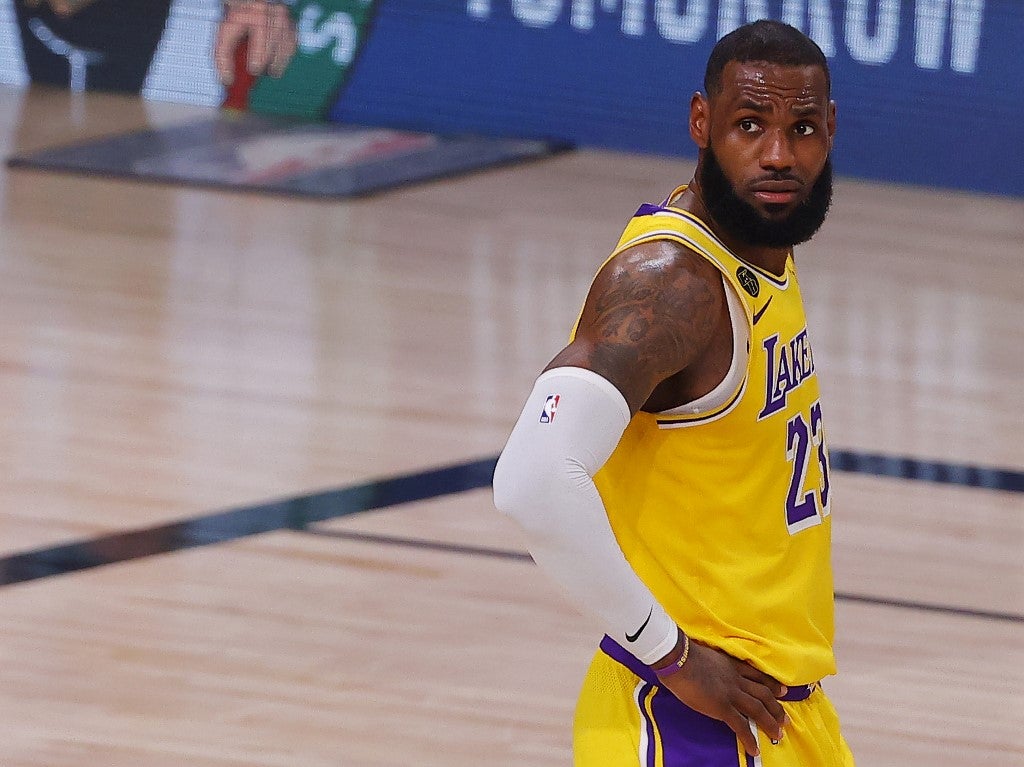 LeBron James #23 of the Los Angeles Lakers looks on against the Denver Nuggets during the third quarter in Game One of the Western Conference Finals during the 2020 NBA Playoffs at AdventHealth Arena at the ESPN Wide World Of Sports Complex on September 18, 2020 in Lake Buena Vista, Florida. Mike Ehrmann/Getty Images/AFP

James didn’t mince any words after he only received 16 first-place votes while Antetokounmpo garnered 84 to win his second straight MVP plum.

“It pissed me off. That’s my true answer. It pissed me off because out of 101 votes I got 16 first-place votes,” James said in an interview posted by NBA TV on its Twitter after the Lakers’ Game 1 win over the Nuggets Saturday (Manila time). “That’s what pissed me off more than anything.”

“I’m not saying that the winner wasn’t deserving of the MVP, but that pissed me off. And I finished second a lot in my career either from a championship now four times as the MVP,” the four-time MVP added.

“It pissed me off.”@KingJames on being voted second in MVP voting. pic.twitter.com/SsE7CExMFd

The 35-year-old James proved he is still the best player in the world even in his 17th year in the NBA, leading the Lakers to the top seed in the tough Western Conference and back into the playoffs for the first time since the 2012-13 season.

James averaged 25.3 points, 7.8 rebounds and a league-best 10.2 assists for the Lakers this season.

Antetokounmpo also had an impressive regular season that had the Bucks securing the top overall seed.

The Greek forward, however, faltered in the playoffs and the Bucks were eliminated by the Miami Heat in five games in the Eastern Conference semifinals.

“Some things are just out of my hand, some things you just can’t control but it pissed me off,” said James, a three-time NBA champion.

James, though, has far more important things to settle as he tries to bring back the championship back to LA, which is now just seven wins away.