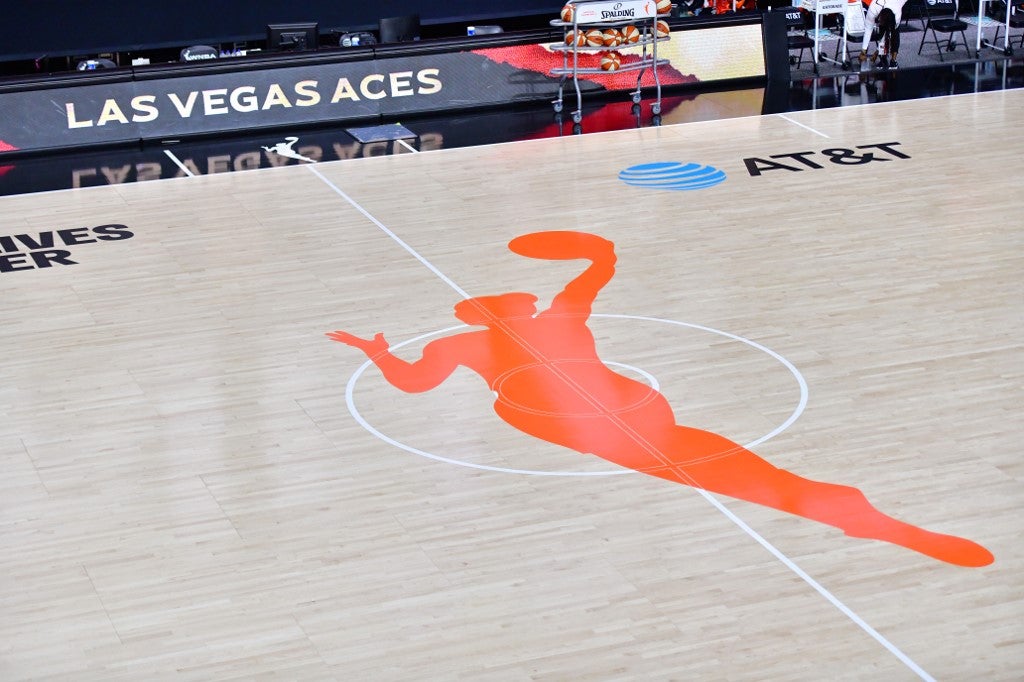 A general view of the WNBA logo is seen on the court before Game One of the Third Round playoff between the Las Vegas Aces and the Connecticut Sun at Feld Entertainment Center on September 20, 2020 in Palmetto, Florida. Julio Aguilar/Getty Images/AFP

The league said the game scheduled to be held in the WNBA’s quarantine bubble in Bradenton, Florida, was postponed “out of an abundance of caution.”

“Players with inconclusive results have undergone additional testing today and are currently in isolation,” the league said in a statement. “The new date for Game 1 will be communicated as developments warrant.”

The announcement came less than two hours before the game was scheduled to tip off.

WNBA commissioner Cathy Engelbert said in a television interview she boarded the Storm’s bus to tell them.

“We needed more testing and data,” Engelbert said. “As soon as I talked to them they were concerned about health and safety, and it wasn’t about basketball at that point.”

The Lynx were already at the arena, and some players were warming up when they were told.

“This is the hardest part of COVID-19 of putting on live sports,” Engelbert said. “Every day you’re reset to zero.”

Engelbert said she was hopeful that game one could be played on Tuesday, when game two of the best-of-five series was scheduled. But she said it was too soon to know if that would be the case.

“We will test them tonight and have additional testing on those players that had inconclusive results,” she said.

Earlier Sunday, the Connecticut Sun beat the Las Vegas Aces 87-62 in game one of their semi-final series.