What comes next is ‘bonus’ for US Open champion Thiem 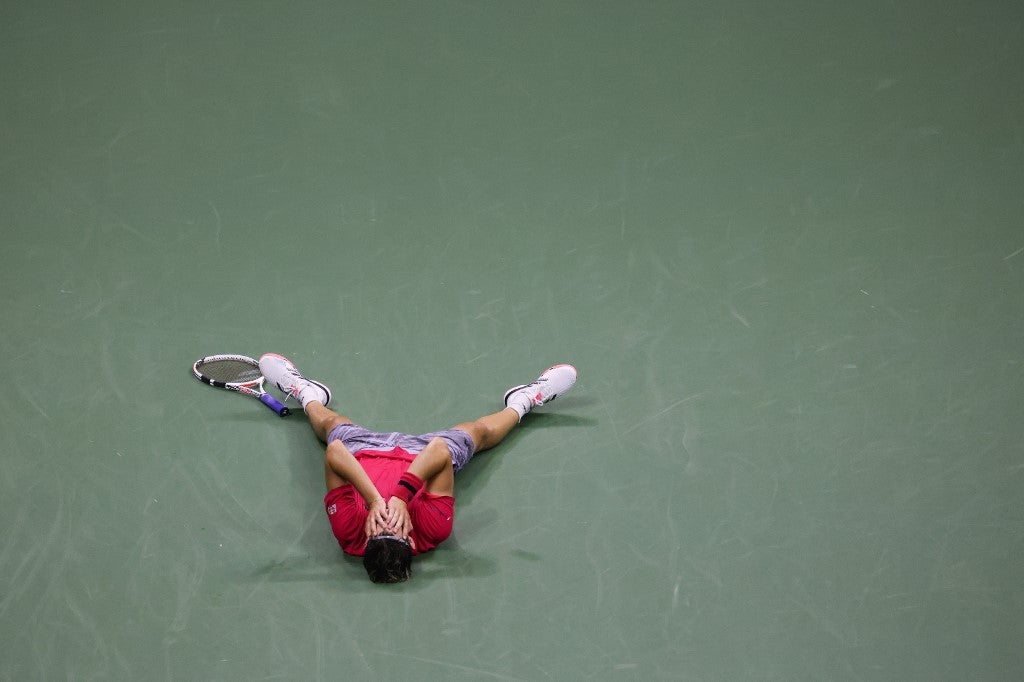 Dominic Thiem of Austria lays down in celebration after winning championship point after a tie-break during his Men’s Singles final match against and Alexander Zverev of Germany on of the 2020 US Open. Al Bello/Getty Images/AFP

It took Dominic Thiem 26 attempts to win his first Grand Slam title and now with the US Open crown in his collection, he admits what follows next will be “a bonus.”

The 27-year-old Austrian will be hoping to make it back-to-back major triumphs at Roland Garros which gets underway on Sunday.

Should world number one, and 2016 champion, Novak Djokovic, or 12-time winner Rafael Nadal unexpectedly falter, it is Thiem who is most likely to benefit.

“I felt great coming here because I’ve achieved such a big goal. I mean, at one point whatever comes now is somehow a bonus,” the world number three said on Friday.

“On the other hand, I want to do the best I can in every single tournament I play.

“Especially here in Roland Garros I had four crazy years with two semifinals, two finals. I love the conditions here. I love the whole tournament.”

Thiem has lost the last two finals in Paris to Nadal as well as the 2017 semi-final against the Spaniard.

He also fell at the last-four stage to Djokovic in 2016.

Thiem missed the Italian Open in Rome in the immediate aftermath of his victory in New York.

That left him without any claycourt tennis since a quarter-final run in Rio back in February before the coronavirus brought the season to a halt.

Like Nadal, Thiem has also expressed reservations over the new Wilson ball being used at Roland Garros this year.

Nadal complained they are too heavy and could cause physical damage.

“I practiced for two days at home with the ball. Now, of course, here. I’m little bit sad because the Babolat at Roland Garros, it was my favorite ball, it was perfect,” explained Thiem.

“In general, the conditions are going to be slower. It can be rainy, can be very cold. So we will see.”