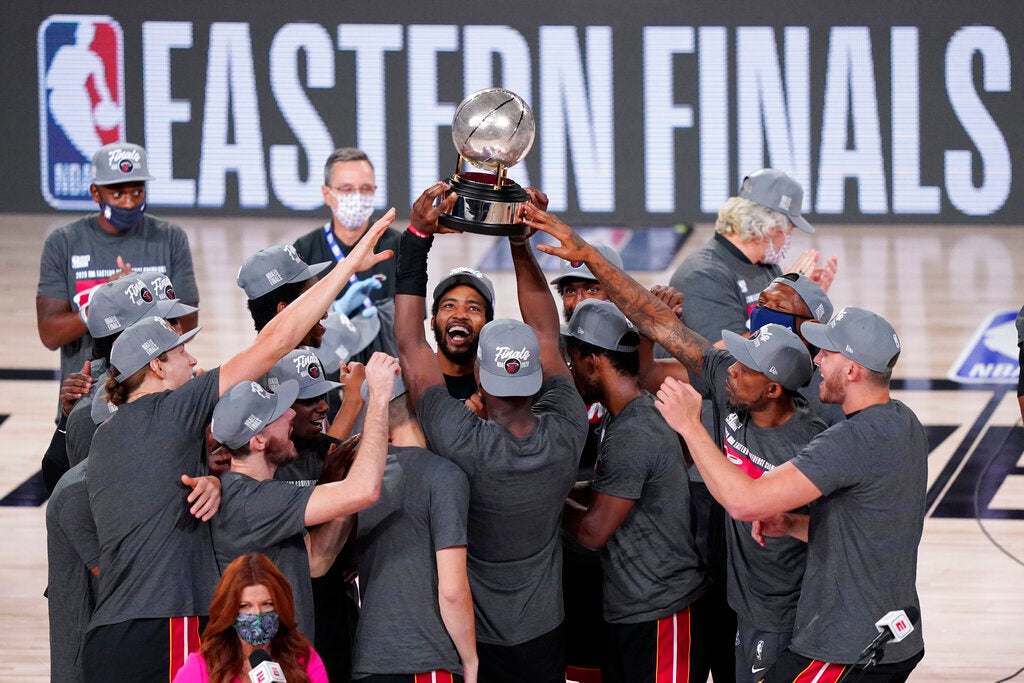 The best scorer on the Miami Heat might be a baby-faced rookie. The best player had never been past the second round of the playoffs before this season. The starting center wasn’t good enough to make a USA Basketball World Cup team that went to China last year and managed to only finish seventh. And the Heat have been the NBA’s best team this season in basically two categories: true shooting percentage (which is good) and double-digit leads blown (which is not).

And that’s why this is the pick: The Miami Heat are going to win the NBA championship.

For the 25 years that Pat Riley has been in Miami and running the Heat, the franchise has lived by a code that he came up with. Their mandate, every day, is to be “the hardest-working, best-conditioned, most-professional, unselfish, toughest, meanest, nastiest team in the NBA.”

Riley had no idea that he was writing the blueprint for how a basketball team could thrive inside a bubble during a pandemic, of course.

Miami embraced all that. Jimmy Butler, with a baby at home and whose entire circle is a very tight knit group of family and friends that aren’t in the bubble, tried to relax by opening what started as a faux coffee shop for teammates that might actually become a real business opportunity. He didn’t want his family in the bubble even when guests were allowed; he wanted that edge that comes from not having loved ones around, that responsibility he feels to make up for his absence by bringing them a championship.

Butler made it past the second round for the first time. Tyler Herro, a rookie in name only, takes and makes big shot after big shot. Bam Adebayo, who came into this season with a soul on fire after he felt he was snubbed by USA Basketball, has shown the world what the Heat already knew: He’s a superstar and about to get paid like one.

Erik Spoelstra is about to coach in the finals for the fifth time in 10 years. The job he has done in the bubble is nothing short of masterful. Kendrick Nunn and Meyers Leonard were starters for this team all season. They’re not in the rotation now, after the Heat changed the way it plays for the playoffs, a move that most coaches wouldn’t have the courage to make. Not Spoelstra. The Heat are always all-in on one thing: finding a way to win it all.

Beating the Los Angeles Lakers in this series won’t be easy. They — like every other NBA team — do not have a way of silencing LeBron James, who will be highly motivated to beat his former team. James and Anthony Davis are the best two players in this series. The finals are typically a showcase for stars; the team with the most stars usually wins.

The Lakers have the talent. The Heat have the chemistry. If there’s one lesson learned from this pandemic world that now exists, it should be to trust science.

The NBA Finals: Why the Lakers will win the championship