June Mar Fajardo back on the court, shows off 3-point shooting touch 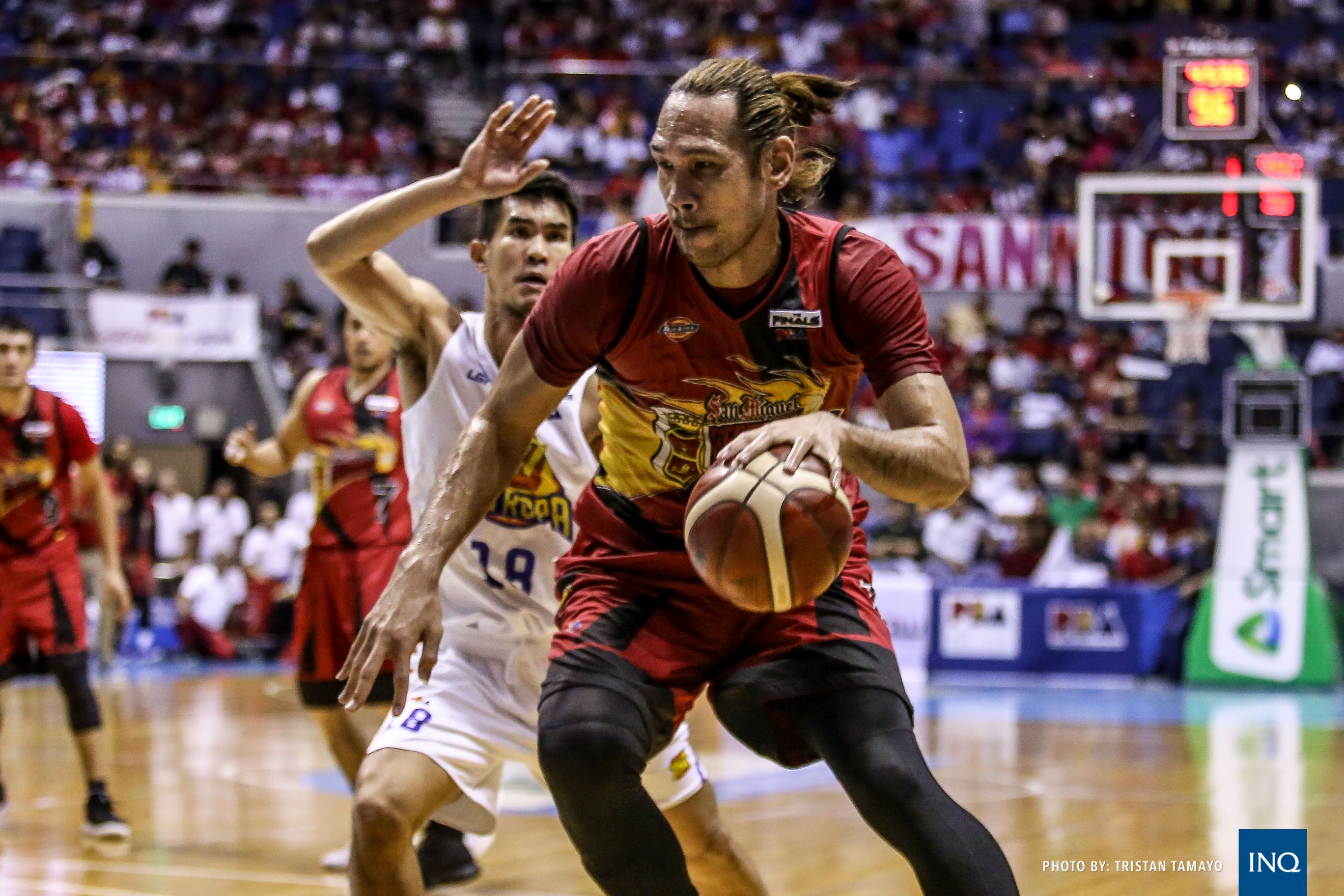 MANILA, Philippines—June Mar Fajardo finally got to have his rounds on the basketball flooring suffering a horrific leg injury back in February.

Going around shooting drills with assistant coach Boycie Zamar and Andrew Dulahan, Fajardo attempted and made shots across the different zones of the floor with an efficiency of a well-oiled machine at San Miguel’s practice venue at Acropolis Clubhouse.

Fajardo on Friday posted a more than an hour-long video of his first practice on his YouTube channel AHOS Gaming and thanked supporters for their prayers.

(After eight long months, I was able to go back to the court. I’m taking it slowly but surely. Thank you to all the prayers and support, I appreciate them all very much.)

Fajardo has used his immense size and smooth touch to bully the opposition in the paint, allowing him to become the league’s only six-time MVP but the giant showed that he’s more than just a lumbering center.

In the final drill of the day, Fajardo ventured away to the three-point arc and promptly drilled 49-of-105 attempts for an insane 46.67 percent clip.

He started 5-of-5 before slowing down by the mid-30s of his shot attempts but his abrupt cool down was just a precursor to what happened next as he drilled seven straight shots by attempt no. 51.

Fajardo, though, was not part of the San Miguel delegation inside the PBA bubble for the Philippine Cup restart.

Coach Leo Austria said the team wanted Fajardo to focus on his recovery from the injury.