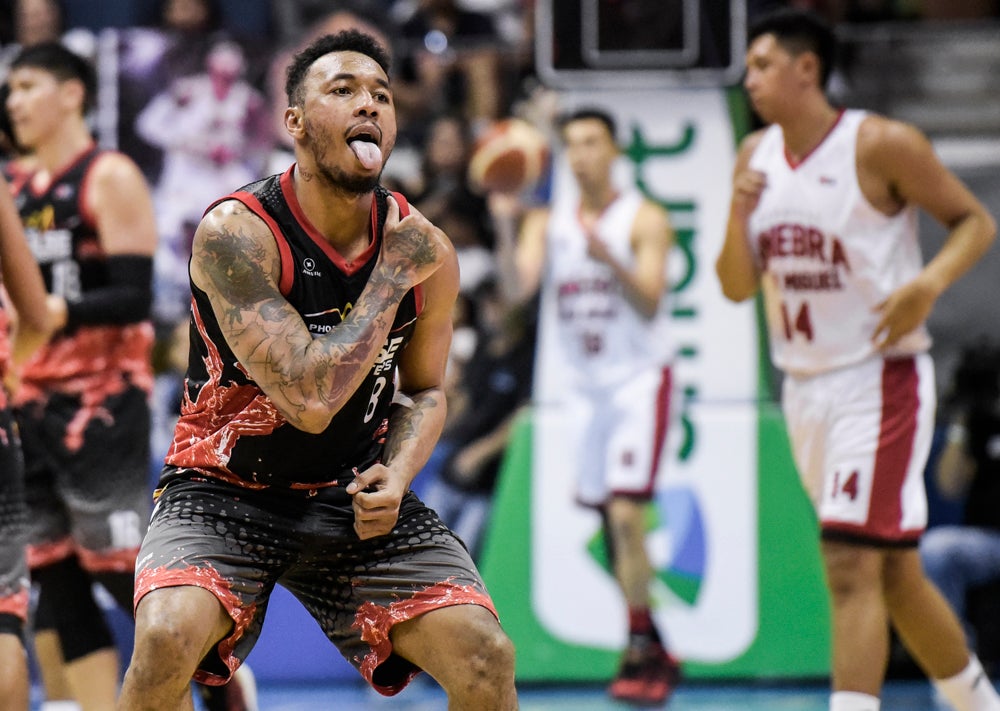 Calvin Abueva vows to be a better example on the court as he works to get his professional license back. —SHERWIN VARDELEON

Calvin Abueva, Phoenix Super LPG’s suspended star, is set to regain his professional basketball license from the Games and Amusements Board (GAB).

The government agency, however, noted on Friday that Abueva still needs to meet certain conditions. “The Beast” must undergo a seminar on the Code of Conduct and Ethical Standards of a Professional Athlete and subject himself to a drug test.

“Calvin was remorseful in what he did and was sincere enough to accept his wrongdoings,” GAB Chair Abraham Mitra said in a statement released to media outlets.

“[He] asked for an apology for his actions with a promise not to repeat the same mistakes and set a good example to the audience especially the young fans,” he added.

The resolution comes in the wake of a meeting Abueva and Fuel Masters interim head coach Topex Robinson had with Mitra.

Abueva has joined his squad inside the Philippine Basketball Association’s (PBA) bubble environment at Clark Freeport and has been allowed by the league to join his teammates in conditioning sessions and full-contact scrimmages.

PBA commissioner Willie Marcial, however, told the Inquirer on Tuesday that the indefinite ban on the volatile forward would remain.

The hashtag #LetCalvinPlay made rounds on social media earlier this week, including the league’s official social media pages, in the hope of convincing the PBA leadership to finally lift a suspension that has dragged on for 15 months.

Abueva’s former mentor, Alan Trinidad, even made a plea to the PBA’s leadership, saying it would be “a slap on our face” to not see Abueva play when the league is actually staging its reboot in their home province.

The 32-year-old cager, a PBA champion with Alaska and a national team mainstay, was fined and indefinitely barred from play for clotheslining TNT import Terrence Jones and making obscene gestures toward a fan.

Abueva will also not be allowed to watch any game once the league takes the lid off its compressed Philippine Cup at Angeles University Foundation on Oct. 11.

Marcial insists that the Angeles-born athlete still has to satisfy several requirements.