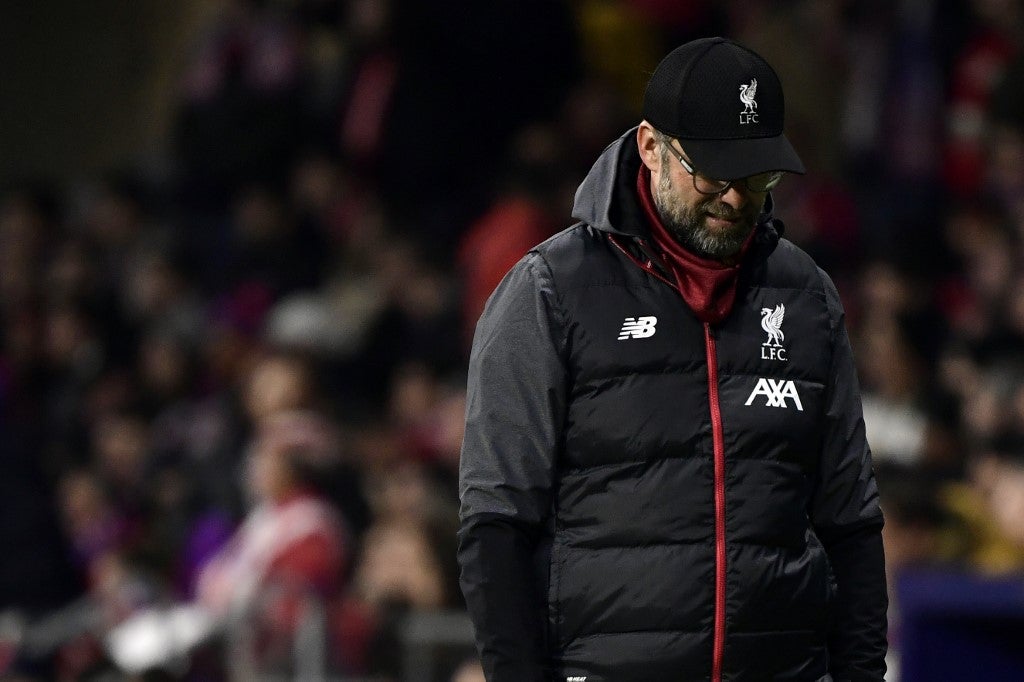 Jurgen Klopp admitted his surprise at Liverpool’s stunning collapse to lose 7-2 at Aston Villa on Sunday.

Ollie Watkins scored a first-half hat-trick as the Reds became the first reigning English champions to concede seven goals in a league match since 1953.

“It was unexpected but it happened tonight,” said Klopp. “We put all our rubbish things and mistakes in one game and hopefully we can start again.”

Liverpool’s high line was torn apart by Villa’s counter-attack, while the absence of goalkeeper Alisson Becker to injury and Sadio Mane due to a positive coronavirus test was notable.

The Reds were not beaten until their 28th league game in romping to the title last season and had won their opening three games of the new campaign.

Alisson’s absence made a telling impact after just four minutes to get Villa in front as Adrian’s poor pass was seized upon by Jack Grealish, who squared for Watkins to score his first Premier League goal.

“The first goal had an impact, but it shouldn’t,” added Klopp. “Adrian made a mistake but we conceded goals like this in the past. We lost the plot then.”

Despite a two-week layoff until they play again, Klopp has little time to make corrections on the training field with most of his squad away on international duty.

On their return, Liverpool travels to top-of-the-table Everton, who will be looking to win a Merseyside derby for the first time in a decade.

“I would love to have a training session tomorrow and Tuesday and to talk about it, but the boys go back off to international duty,” said Klopp. “Hopefully they come back healthy and we use the two days to prepare for Everton.”

Grealish was again the creator for Watkins’ second with a long ball down the side of the Liverpool defense and the former Brentford striker cut inside before blasting into the top corner.

Mohamed Salah seemed to have got the visitors a foothold back in the match when he slammed home on his trusty left-foot.

But Villa quickly restored their two-goal cushion when John McGinn’s effort from the edge of the area deflected in off Virgil van Dijk.

Liverpool’s high line was being caught out even from set plays as six minutes before the break Trezeguet broke the offside trap to cross for Watkins to become the first player in a decade to score a hat-trick against Liverpool.

“When Jurgen Klopp says ‘wow’ to you you know you’ve done something right,” said Villa boss Dean Smith. “The lads were superb, they executed the game plan perfectly. We were at our best today.”

Fortune favored Villa’s desire not to just sit on their lead after the break as Ross Barkley’s long-range effort looped over the helpless Adrian to make it 5-1.

Salah remained razor sharp in front of the goal to move one away from 100 for Liverpool with a brilliant finish from Roberto Firmino’s pass.

Klopp moved midfielder Firmino into his back four early in the second half, but it did nothing to stem the flow of Villa attacks cutting through his defense.

Grealish completed a hat-trick of deflected goals when his shot hit Fabinho to wrong-foot Adrian again.

Watkins missed two huge chances to score his fourth as Adrian saved a one-on-one before he hit the crossbar.

Grealish, though, was more clinical when he raced through to round off a remarkable victory.

Villa stayed up by a single point on the final day of last season, but they have now won their opening three games of the new league campaign to move up to second.

“We won’t get complacent but we’ll enjoy tonight because results like that don’t come around too often,” added Smith.