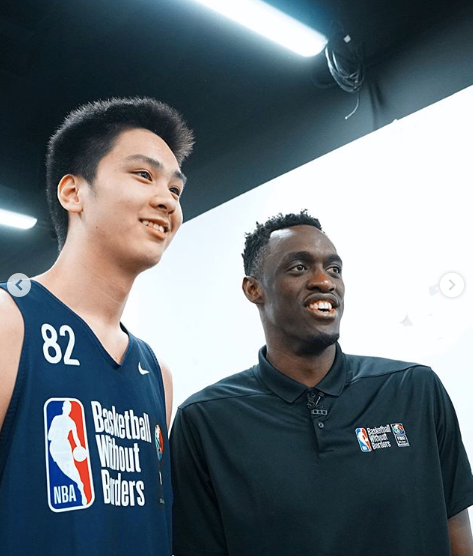 MANILA, Philippines—Phoenix head coach Monty Williams believes the Philippines could ultimately become the home of future NBA players and it could start with young Kai Sotto.

In an interview with NBA Republic Huddle, Williams said that Sotto’s move to forego college and join the NBA G League would be the precursor for future Filipino players to enter the world’s premier basketball association.

Williams said that the Philippines in the future could become like Canada which has produced a significant number of NBA players past and present.

“I think anytime you have one or two guys break through, and you just continue to work and continue to have the enthusiasm and the environment, at some point you could end up being like Canada,” said Williams.

Every Huddle needs a head coach. So we got Coach Monty Williams of the Phoenix Suns to talk about the #NBAFinals, Kai Sotto, and his team on the rise.☀️ Together with Boom Gonzalez and Jinno Rufino, this is one Huddle you’ll want to be part of. #WholeNewGame #RisePHX

Canada’s greatest basketball product is two-time league MVP Steve Nash but there are current players from the country who have made their mark in the NBA with the likes of Andrew Wiggins, Jamal Murray, Tristan Thompson, R.J. Barrett, Shai Gilgeous-Alexander, and Dillon Brooks among others.

Williams, who also coached New Orleans from 2010 to 2016, added that Canada wasn’t always a country known for its NBA players in the past.

But the country has since produced several players and is the second-most represented country in the NBA after the United States.

“It started with one or two guys back in the day, and it got Canada obviously looking at American players, but they also saw guys that grew up the same way they did, came to the same gyms that they did, and now believe that they can,” said Williams.

The Suns’ head coach said that the Philippines just has to continue with its grassroots programs and eventually one player will breakthrough.

“I think if you guys continue with your programs and camps and seeds of fundamentals, just staying with that, now that you have a few examples, you might end up having your own pipeline, and that’s exciting,” said Williams. “Think about your country having 10, 12, 15 guys in the NBA, how cool would that be?”