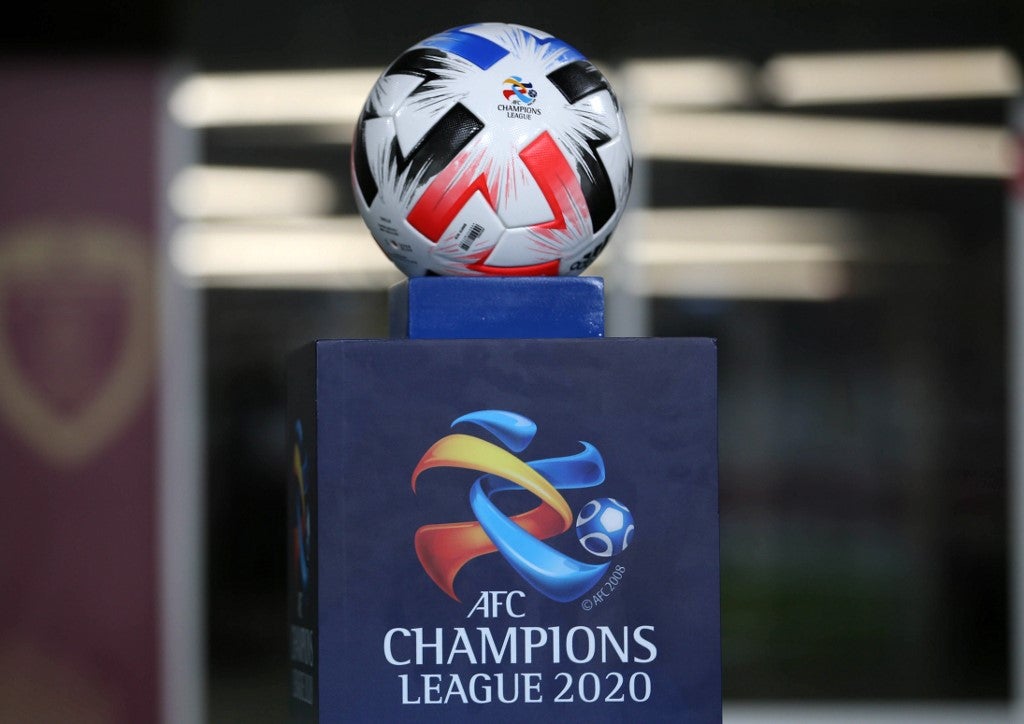 The official match ball is displayed during the AFC Champions League group A football match between al-Wahda FC and al-Ahli FC at al-Nahyan Stadium in Abu Dhabi on February 10, 2020. (Photo by – / AFP)

Asian football risks throwing away years of progress if leagues and clubs fail to look after their players during the coronavirus pandemic, the head of the global footballers’ union has warned.

He highlighted the example of Indonesia, saying a “unilateral decision” to slash players’ wages by three-quarters had caused “quite severe hardship”.

“If it’s not a sustainable career, people will simply stop. That’s the reality,” Baer-Hoffmann said in a phone interview.

“But also I think more broadly there’s something at stake in terms of being a desired destination for foreign players,” he added.

Baer-Hoffmann said players around the world had been thrown into uncertainty by the coronavirus, which closed down most professional sport for months. Footballers needed food hand-outs in some countries, he said.

He added that players “simply cannot afford” the major pay cuts in Indonesia, which come despite the fact that many clubs have “very wealthy owners”.

Baer-Hoffmann also criticized the Asian Football Confederation, saying the regional body had failed to respond to the needs of vulnerable players.

“We would have liked to see the confederation (AFC) involved in some of these really drastic negative situations on the domestic level,” Baer-Hoffmann said.

“Unfortunately, engagement with players and the stakeholder group is lacking severely.”

The AFC did not immediately respond to a request for comment.

Baer-Hoffmann said player welfare problems, while far from unique to Asia, are “something that holds back the development of the game in the region”.

A failure to look after footballers hurts the sport “both in terms of players leaving the game, which reduces the quality, but also I think in terms of the appreciation by fans and spectators”, he said.

“When they see how some of these situations are being handled, I think there’s still a strong social connection between clubs and their communities and I think (fans) expect a certain standard.”