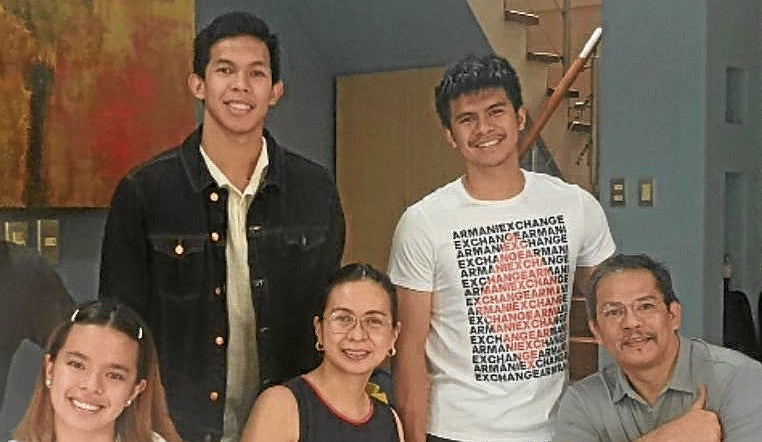 It’s a predicament shared by many in the self-contained zone here.

“I miss those who I left in Manila,” he said of his wife, Mozzy and only daughter Dani, who are both sportspeople as well.

But what weighs heavily on Ravena’s shoulders—despite the fact that his eldest son and NLEX guard Kiefer just a couple of floors under him, is missing his middle child Thirdy’s departure for Japan.

Thirdy, Ateneo’s former star forward, is set to join San-en NeoPhoenix in Japan next week, according to Ravena. There, he is set to play as a foreign import.

“We’re now just waiting for the requirements set by the (Philippine Overseas Employment Administration). Those will come from his team in Japan,” the patriarch told the Inquirer.

“It’s a bit tough since I really don’t know whether he gets to get back easily, especially around Christmastime, since his visa is only single-entry,” he said.

“And we don’t really know how (Japan) is,” he added, noting of the picturesque country’s measures on visitors during the pandemic.

For now, the Tropang Giga mentor is clinging to the past seven months his family was together.

“I’m just glad we’ve gotten all that bonding during the (community) lockdowns,” he said. “Those years we had a hard time bonding, we were able to off-set during the pandemic.”

“But we’ve all got jobs to do,” he said. “And we’re back on sacrificing once again.”

“Thirdy’s ready. We’re all just praying that he stays healthy. After all, that’s the best asset we could all have right now,” Ravena said.

“We have no control over anything else.”