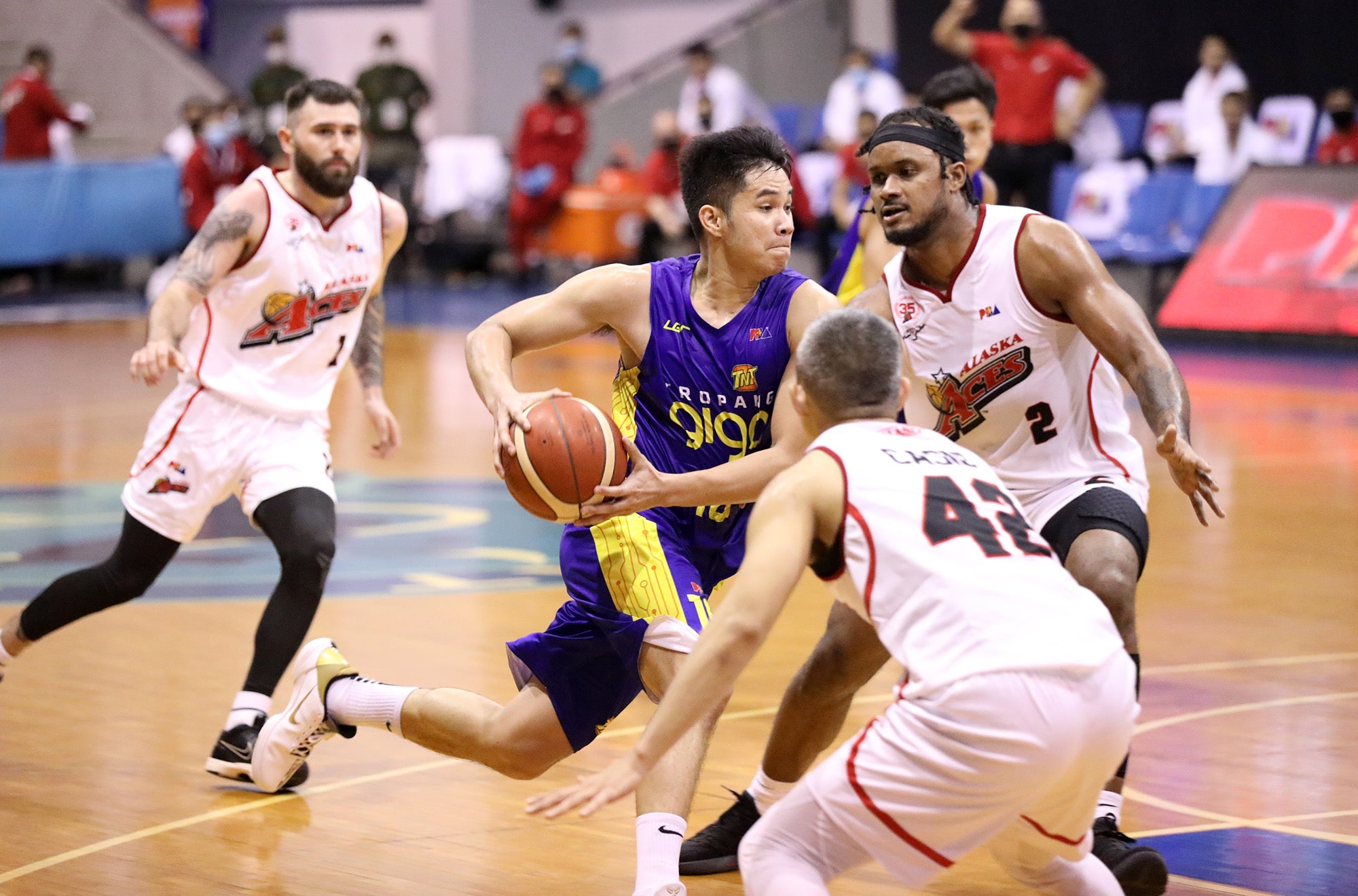 MANILA, Philippines — RR Pogoy is the type of player who puts his team’s priority first.

The PBA’s restart was already a feat to begin with but Pogoy made it more worthwhile when he went ballistic for a career-high 45 points in TNT’s 100-95 win over Alaska in the first game of the Philippine Cup resumption.

Pogoy’s offensive masterpiece was the third highest by a local player in franchise history behind Asi Taulava’s 50-piece in 2004 and 49 in 2003.

For Pogoy, however, his career-best outing wasn’t his priority.

“I really can’t say if I’ll be performing like this all the time because it’s just one game, I just want to be consistent,” said Pogoy in Filipino Sunday via Zoom. “As long as we win, then that’s the goal.”

Pogoy added that he wasn’t aware that he was already heating up during the game as he was so focused on bringing TNT back into it.

TNT knotted the count at 92 after Pogoy’s 10th and final three-pointer with less than three minutes left.

“I wasn’t aware that I already had that many points, I was just thinking that we have to win because we’re trailing the whole game,” said Pogoy, who tied his career-high in three-pointers made which was the most since San Miguel Beer’s Chris Ross also hit 10 in 2019.

“I was focused on the game that’s why I didn’t know how many points I’ve scored.”