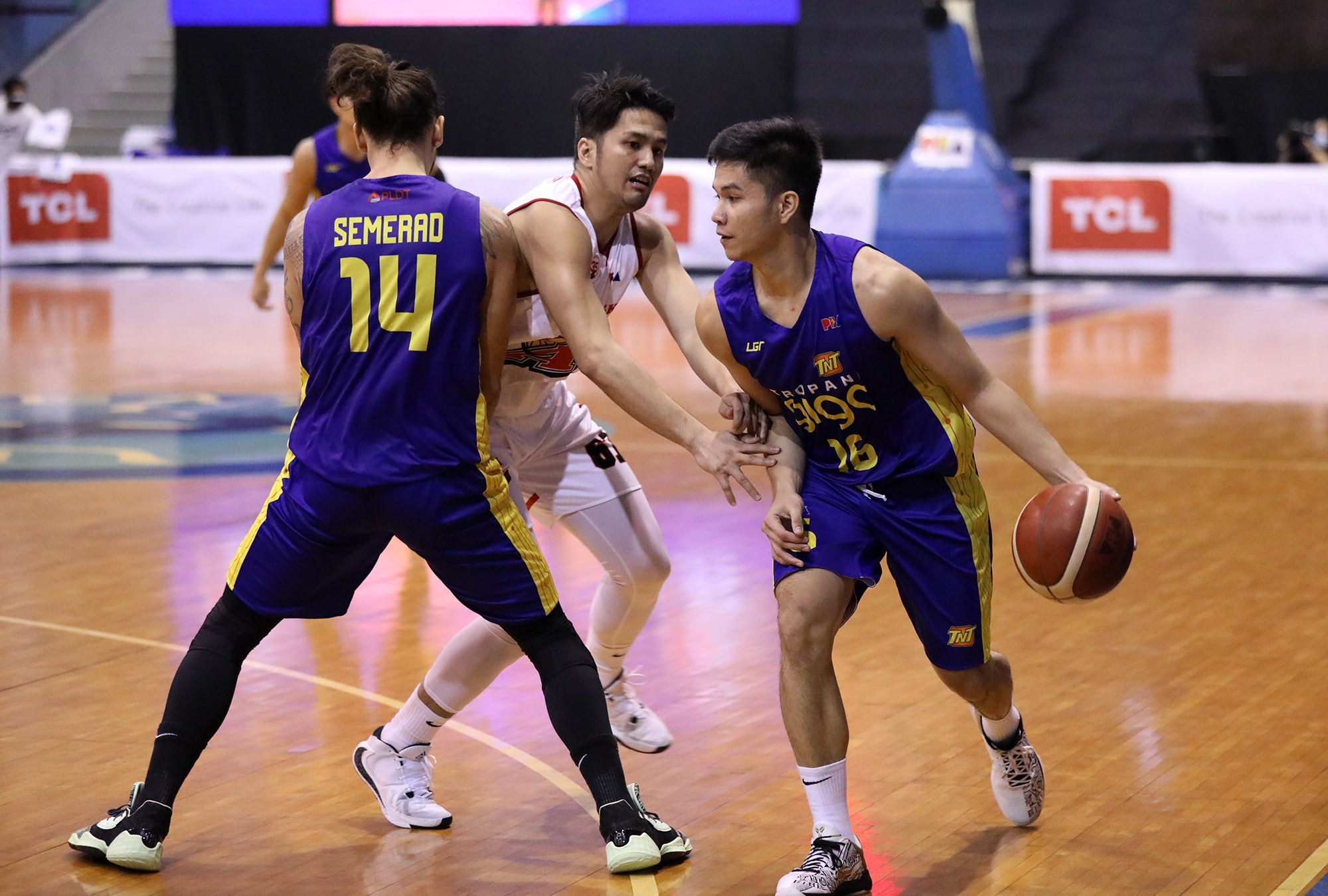 Aces’ Kevin Racal (middle) is out of the bubble after tearing his ACL. PBA IMAGES

CLARK FREEPORT — Alaska revealed on Thursday that Kevin Racal suffered a complete ligament tear in his right knee, essentially putting him out of commission and marking the first injury in the PBA’s whirlwind of a tournament here.

“He is done for this bubble. That’s a big hit on us,” Cariaso said.

“He’s done for the Bubble,” said @thejet_22 Alaska is the first team to lose a player to injury inside the self-contained zone.
#PBAbubble #PBAbubbleXInquirer | @sonrdINQ pic.twitter.com/IGjQuCf1zZ

“He felt really bad. He was surprised and hurt. What’s hard about that is that he had an ACL before, so he knows the feeling. Previously it was the left knee,” he added.

“The physical testing is not equivalent to the results. But if you look at the MRI, you could really see there’s a tear,” Cariaso said.

The development comes on the heels of Alaska’s slide into a 0-2 hole that teams hope to avoid especially amid a compressed schedule.

Teams play an average of three games a week inside the PBA’s bubble.

Hope, however, is not out of reach for Cariaso and the league’s second-winningest franchise.

Maverick Ahanmisi, who Alaska traded for in August last year, finally entered the bubble in the same morning. He is expected to do the mandatory 48-hour isolation before rejoining the team.

“We get that extra big guard who also defends, gets the ball down,” he said. “Maverick played Division I (basketball in the States) so he’s a warrior, he’s a fighter, he won’t back down to anyone.”

Ahanmisi was a member of the fabled blue-collar Rain or Shine side that won the 2016 Commissioner’s Cup.

“We’re hoping he could come in and give us a lift along with the guys who are expected to step up in the absence of Kevin,” Cariaso said of the former Gilas Pilipinas standout.