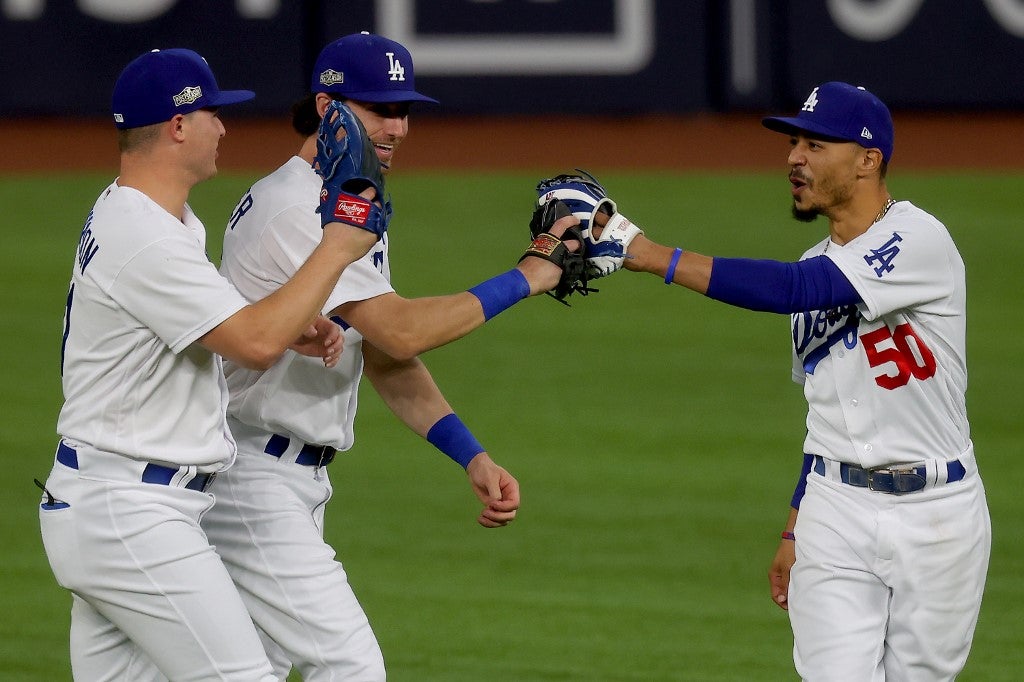 The Dodgers are one win from advancing to their third World Series appearance in four years after pulling level at 3-3 in the best-of-seven series.

Game seven is set for Sunday in the neutral site of Arlington, Texas with a limited number of spectators allowed to attend because of the coronavirus pandemic.

The winner of the series will advance to play in the World Series against the Tampa Bay Rays.

Corey Seager slammed his fifth home run of the series and Justin Turner launched a 418-foot shot to centerfield as the Dodgers long-ball hitters once again took a jackhammer to the Braves’ starting pitcher with three runs in the opening inning.

The Braves scored 11 runs in the first inning of game three en route to a crushing 15-3 victory.

Kenley Jansen needed just six pitches in the ninth inning to get three outs and record the save for the Dodgers, who are in the playoffs for the eighth straight year.

Atlanta’s Max Fried survived the first inning to pitch 6 2/3 innings, allowing eight hits and three runs, including the two homers, in the loss. He struck out five, but also walked four batters.