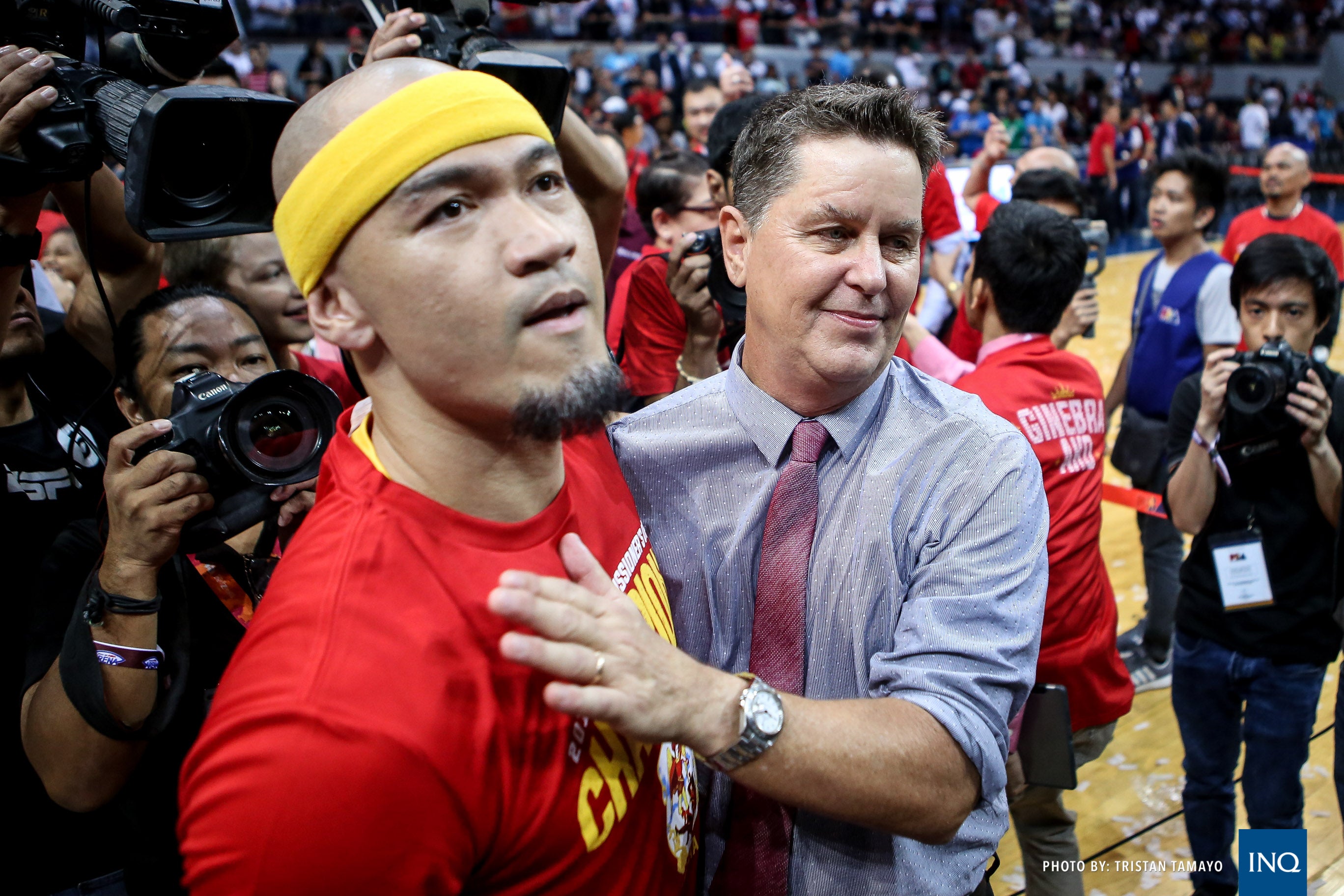 MANILA, Philippines — Mark Caguioa made history on Sunday when he became the only player to play for 18 seasons for a single franchise breaking the record that Alvin Patrimonio and Harvey Carey previously held.

The 40-year-old shooting guard was a late substitute in Barangay Ginebra’s 105-91 win over Meralco in the PBA Philippine Cup at Angeles University Foundation gym.

His late entry to the game, at the 6:35 mark of the fourth to be precise, officially made him the all-time leader in seasons played for a single franchise, according to PBA chief statistician Fidel Mangonon.

Ginebra head coach Tim Cone had nothing but nice words for Caguioa, whom he described as one of the best teammates and veterans on the Gin Kings team.

“I don’t think I’ve been around a player who’s more of a joy to be around,” said Cone. “He never sulks, never gets upset, his teammates love him. With his history, he can really demand but he doesn’t.”

“It’s great to have him on the team, number one because he has a great leadership presence.”

Caguioa also converted on a fadeaway jumper with 1:15 left that gave Ginebra a 103-84 lead, marking his first field goal and points this season and bumping his career total to 10,073 points.

“We enjoy Mark being here and being part of the team leading the young guys. He talks to Arvin [Tolentino], Jerrick (Balanza), and Kent (Salado), and he’s the one who talks to them the most in the team.”

Caguioa entered the league in 2001 as the third overall pick by Ginebra and has since won a league MVP and eight titles with the franchise.