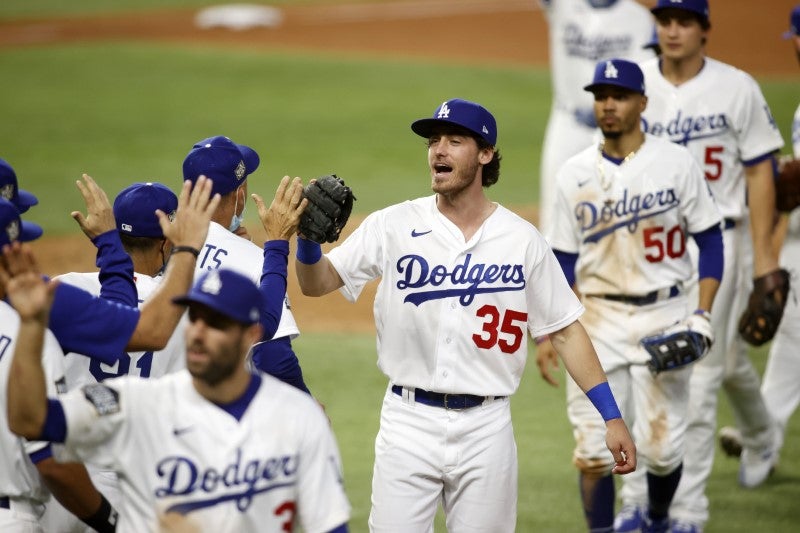 Mookie Betts hit a home run, stole two bases and scored twice as the Los Angeles Dodgers beat the Tampa Bay Rays 8-3 to win the first game of the World Series in Arlington, Texas on Tuesday.

The favored Dodgers jumped out to a 2-0 lead in the bottom of the fourth inning when center fielder Cody Bellinger laced a home run over the right field fence.

The Rays hit back with a Kevin Kiermaier solo shot but the Dodgers then raced away, Max Muncy’s RBI double extending their lead to 8-1 by the end of the sixth.

The Rays plated two runs and threatened more in the seventh but a sharply hit ball found the mitt of Dodgers relief pitcher Victor Gonzalez, who threw to second for a double play to end the inning.

The win saw Dodgers ace Clayton Kershaw, who has struggled at times in the postseason throughout his career, throw six strong innings, allowing one run on two hits and a walk while striking out eight to earn the win.

“It’s great to get this series going with a win. That’s the biggest thing,” Kershaw said.

“It’s always important to get that first game of a series and for me personally, it’s awesome to get to pitch well in a World Series.

“I’m just thankful to get that opportunity.”

Kershaw applauded his team’s hitters, who made Rays starter Tyler Glasnow work for every out.

“Glasnow has unbelievable stuff and for us to keep fouling pitches off, grinding it out, getting a lot of walks, getting guys on base … it’s a testament to their at-bat quality,” he said.

After a truncated 60-game season due to the COVID-19 pandemic, the best-of-seven World Series is being played entirely at the new Globe Life Field with a limited number of fans in attendance.

The Dodgers, appearing in the World Series for the third time in four years, are looking to win their first title since 1988.

The Rays are hoping to claim their first championship after coming up short in their only appearance in 2008.

Game 2 is on Wednesday.