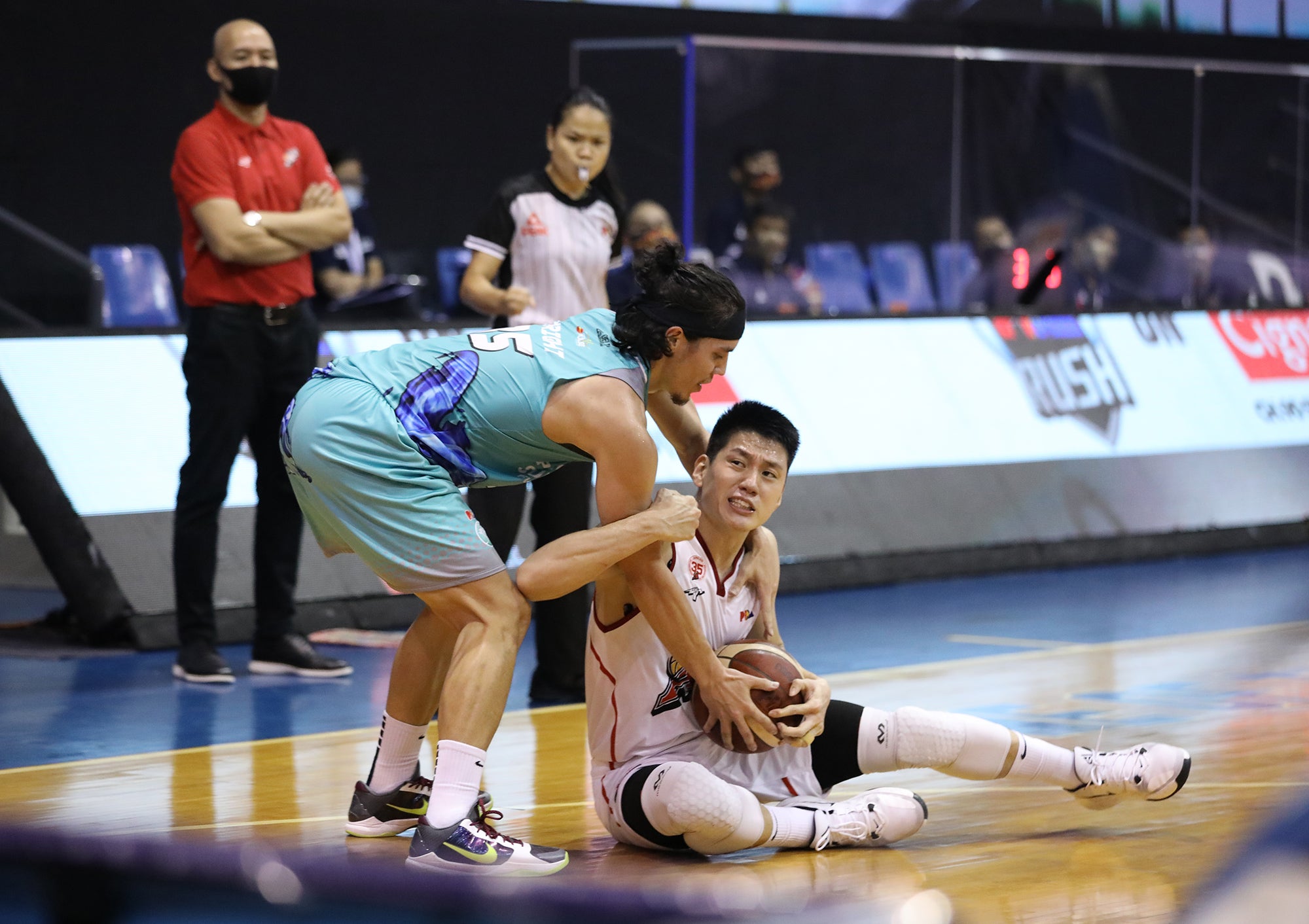 MANILA, Philippines—Jeron Teng has been on a slump in his past three games for Alaska but head coach Jeffrey Cariaso isn’t too bothered with it.

Cariaso said he’s just letting Teng come to terms with his offense and what’s important for him is how his forward plays hard on defense.

Teng was far from an offensive force in Alaska’s 105-97 win over Phoenix in the PBA Philippine Cup but he made sure that his presence was felt elsewhere.

The third year forward finished with nine points, on 2-of-10 shooting, with six rebounds, six assists, and one steal and that stat line was more than enough for Cariaso.

“Number one, we ask everyone to defend and be ready to defend,” said Cariaso Thursday at Angeles University Foundation. “That’s what’s gonna keep you on the court.”

“He’s our big three, so you know, rebounding is natural for him. You don’t strictly focus on just your shots, you could bring out the other aspects of your game.”

Teng had a strong start to his conference putting up 14.2 points, 4.8 rebounds, and 3.8 assists but he hasn’t cracked the double-digit barrier in terms of scoring since he had 13 points against Rain or Shine.

His rebounding and passing, though, remained consistent as he averaged 5.0 rebounds and 4.7 assists but his scoring did fall to 5.3 points a game including a game where he scored zero against San Miguel.

“I just have to remind him that he’s much more than just being able to score,” said Cariaso. “JT has worked so hard with his shot, he worked so hard on his offense, but he’s really awesome on the other aspects of the game.”