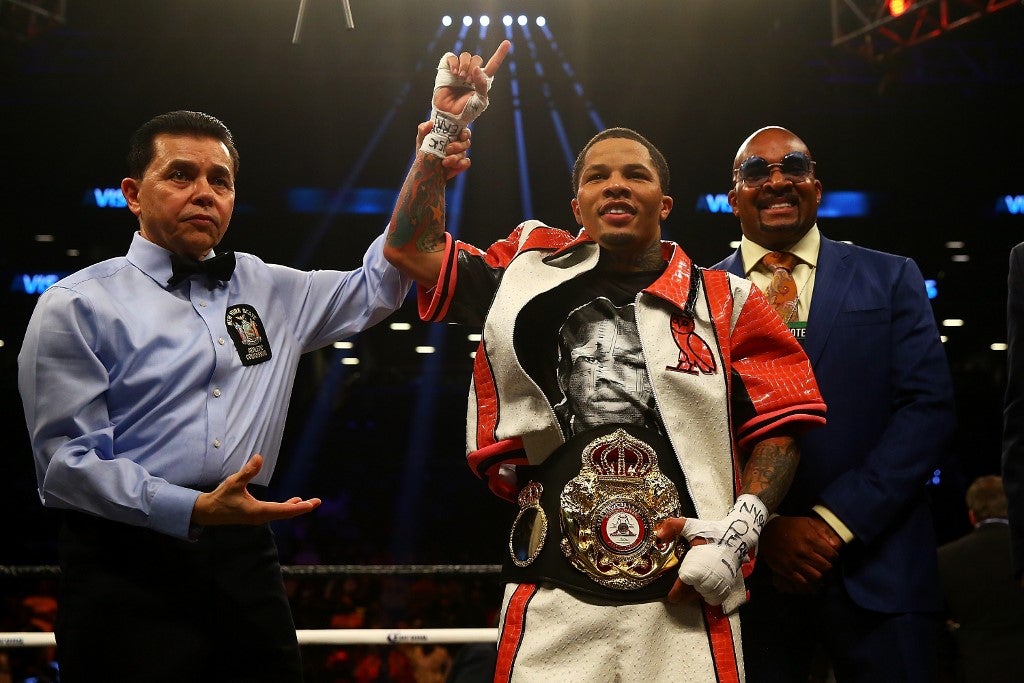 FILE – Gervonta Davis celebrates after he TKO’s Jesus Cuellar in the third round to win the WBA Super Featherweight Championship bout at Barclays Center on April 21, 2018 in New York City. Mike Stobe/Getty Images/AFP

Undefeated Gervonta Davis knocked out Leo Santa Cruz with a vicious uppercut in the sixth round to seize the WBA belt in a junior lightweight world title clash in San Antonio on Saturday.

Davis surprised Santa Cruz with a left uppercut that snapped the champ’s head back and sent him crumbling to the canvas late in the sixth round at the Alomodome Arena.

Santa Cruz landed flat on his back under the padding in the corner of the ring and stayed that way for about a minute while ring doctors attended to him. He was eventually able to sit up and was even smiling once he regained his senses.

American Davis improved to 24-0 with 23 knockouts by handing the four-division champion Santa Cruz the first knockout of his star-studded career.

Despite the Covid-19 pandemic, organizers allowed about 10,000 spectators into the arena with masks and social distancing rules in place.

The fight pitted the knockout power of Davis against the endurance and dominating pressure style of Santa Cruz but the latter never got the chance to wear down Davis down in the closing rounds.

The fight began with a solid first round in which the two exchanged punches in the center of the ring. Davis fell to the canvas but it wasn’t because of a knockdown. His right leg got tangled up with Santa Cruz’s leg and he tripped.

Santa Cruz suffered a small cut on the bridge of his nose but his corner did a good job of repairing it.

In the second round, Davis’s temper got the best of him after he got frustrated during a clinch. Davis used both arms to throw Santa Cruz to the ground prompting a verbal scolding from the referee.

Santa Cruz was looking more comfortable in the sixth and willing to exchange with Davis. But he got careless late in the round and that was all Davis needed to counter a punch and land the brutal shot that put the champion down.

He vacated the WBA super-featherweight crown to move up to the lightweight ranks last December, stopping Cuban Yuriorkis Gamboa in the 12th-round.