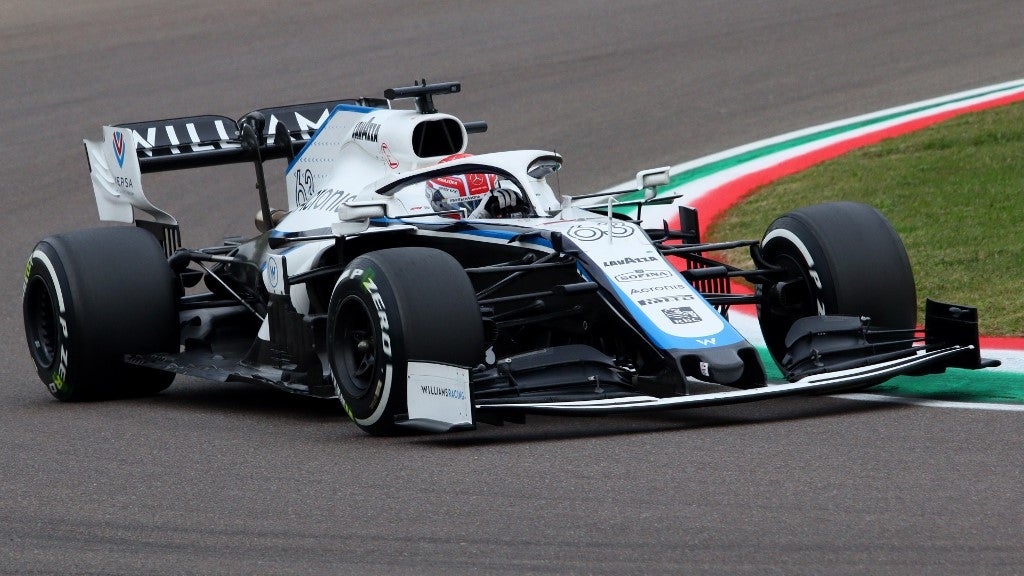 Lewis Hamilton and Romain Grosjean messaged their support to George Russell on Monday after his crash behind the safety car in this weekend’s Emilia Romagna Grand Prix.

Russell, 22, was 10th and likely to claim his first point in Formula One and Williams’ of the season when he lost control of his car, while weaving and accelerating to warm the tyres, and squirted off into a wall.

He climbed out and sat by the track with his head in his hands before returning to the pits.

The six-time world champion told his fellow-Briton it was “OK to make mistakes and to feel the pain,” adding he had “to keep his head up and keep on pushing.”

“Man, I know the feeling,” he said

“It will take some time to forget it, but what you do is mega. Keep pushing.”

Russell later described the incident as “the biggest mistake I’ve ever made in my career.”

Ironically, the Englishman is one of a clutch of highly-rated young drivers tipped to be championship challengers in the future – with Russell, as a Mercedes protege, well-positioned to take a seat in the their factory race outfit.

His career has been managed by team boss Toto Wolff who, following Hamilton’s talk of possible retirement late on Sunday, may have him in mind as a possible successor alongside Valtteri Bottas.

The luckless Finn who was unable to convert his 15th career pole into a victory – the 10th time that has happened to him – was undone in Sunday’s race by a big part of a Ferrari front wing end-plate lodging into his car’s floor on lap two.

Mercedes issued a social media message including a photograph of the debris.

The red material had fallen from four-time champion Sebastian Vettel’s car, after a clash with Haas’ Kevin Magnussen, and it hampered Bottas ability to control the race and win.

The team removed it at his second pit stop, by when Hamilton had taken the initiative on his way to a record 93rd victory.