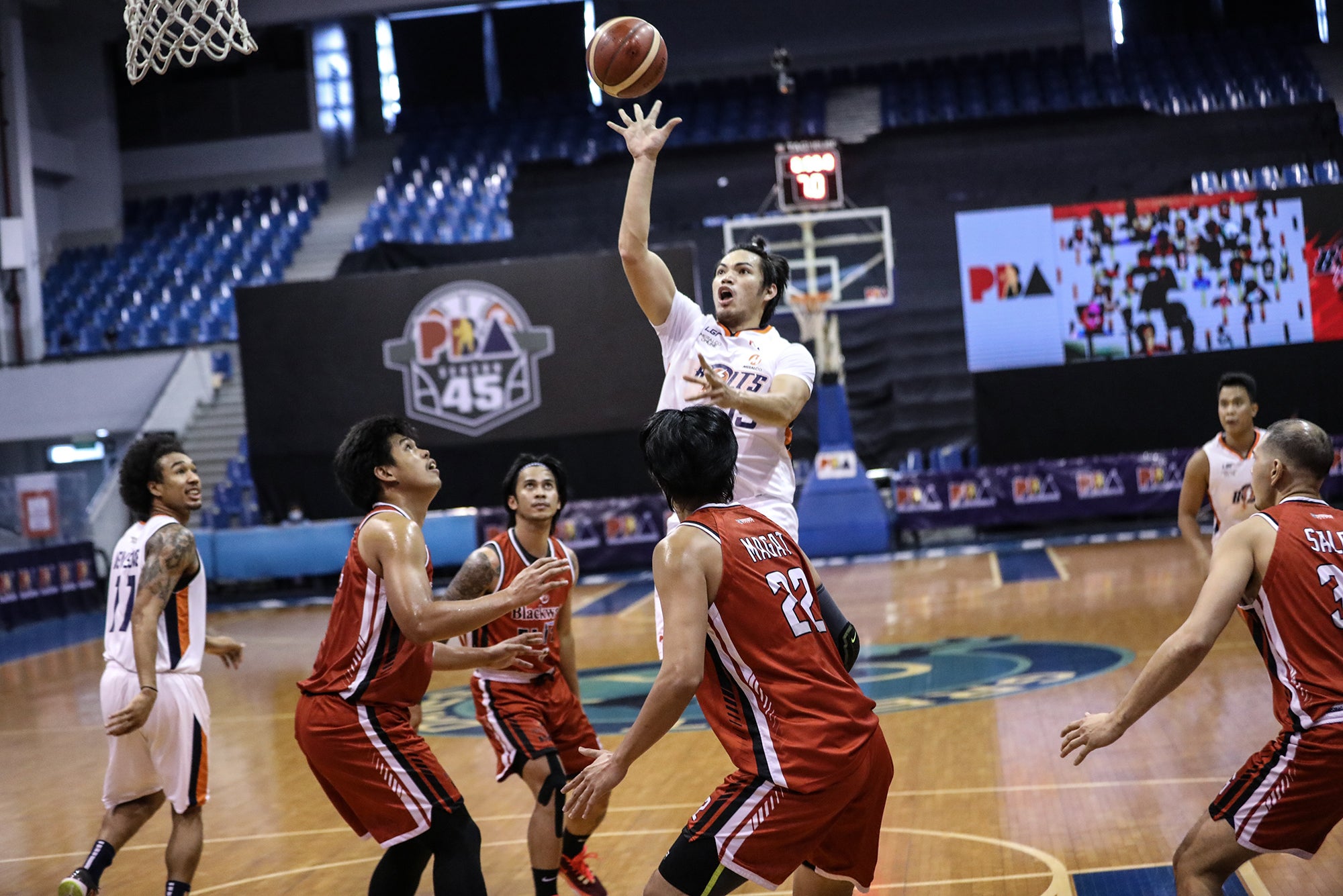 MANILA, Philippines — Meralco used a strong early start and kept Blackwater at bay to come away with an 89-85 win over Blackwater to stay in the thick of the playoff hunt in the PBA Philippine Cup Wednesday at Angeles University Foundation.

The Bolts took a 25-15 lead at the end of the first quarter and that proved to be enough cushion for them to maintain control of the game and improve to a 4-3 record for the seventh seed in the standings.

Blackwater tried to get back at the game and got to within two, 75-73, after Mac Belo’s layup, but Bong Quinto and Chris Newsome went on an 8-2 run and give the Bolts an 83-75 buffer with 2:15 to play in the fourth.

“This is a big win for us,” said Bolts head coach Norman Black.

The Bolts were in a precarious position prior to tipoff as they had to wait for NLEX’s game against Rain or Shine, a match the Road Warriors eventually won, 94-74, to see where they would fall in the standings.

“A loss today, and especially NLEX winning, would see us in the bottom four again. We have tough games ahead of us, we have to win it if we want to make it to the playoffs.”

Newsome led Meralco’s offense with 19 points and eight rebounds while 42-year-old Reynel Hugnatan, who celebrated his birthday on Tuesday, had 14 points on 6-of-9 shooting to aid the Bolts.

Don Trollano finished with 16 points ad six rebounds to lead the Elite who fell to 2-5 for the 10th seed.