Meralco, Magnolia get reminders of the past | Inquirer Sports
Close
menu
search

Meralco, Magnolia get reminders of the past 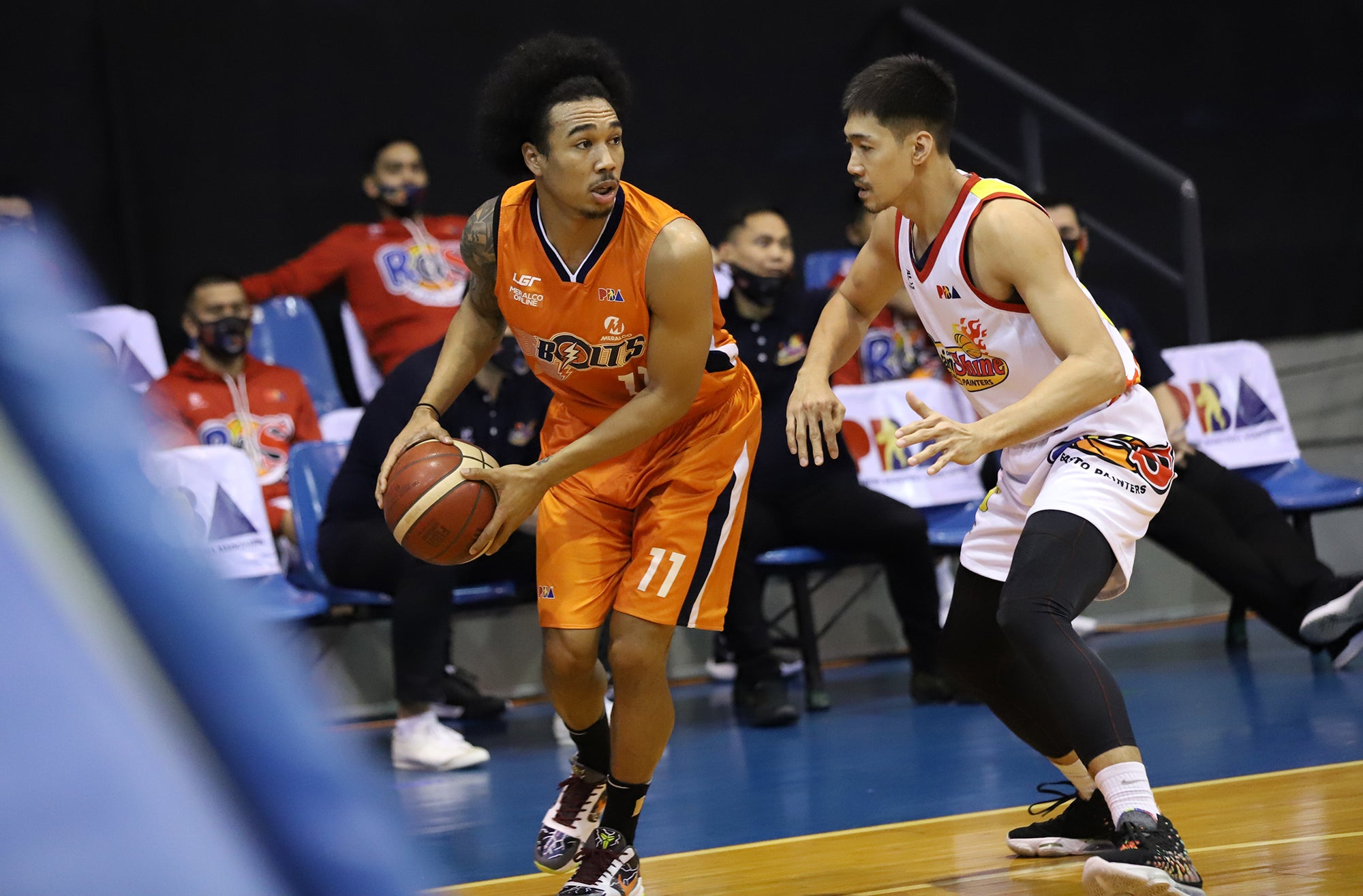 The last time Meralco collected five wins in the PBA’s centerpiece tournament, the Bolts made the playoffs. They tabbed their fifth win on Thursday night, but coach Norman Black was quick to quell any rising excitement.

“Nobody’s getting to the quarterfinals and stopping there,” he said.

“I don’t even know whether a fifth win is enough,” Black added after the Bolts fended off the Rain or Shine Elasto Painters, 85-78, in the Philippine Cup at Angeles University Foundation powered by Smart 5G.

There were reasons to celebrate Thursday’s victory.

“I was very, very happy with our defense. Our offense was clicking against their zone,” Black said. “In the third quarter we were making our shots and we were executing very, very well.”

Baser Amer was at the forefront of that Meralco assault, scoring seven of his game total of 14 points in that period and helping the Bolts outscore the Painters there, 28- 7.

Rain or Shine threatened to stun Meralco (5-3) in the latter part of the contest, drawing key baskets from Norbert Torres, Mark Borboran, and rookies Adrian Wong and Vince Tolentino.

Fortunately for Black and the Bolts, they put together a cushion comfortable enough to weather their foes’ late surge.

“We had such a big lead that we were able to at least win the basketball game,” Black said.

James Yap led the way for the Painters with 18 points, while Beau Belga and Torres each finished with 11, as the Painters dropped to 4-3.

“Last year, we experienced going 0-3, then 1-4. Now, we also went 1-4. I actually even checked with [PBA statistician] Fidel [Mangonon III] to make sure,” he said with a chuckle.

The significance of last year? The Hotshots reached the Finals and pushed San Miguel Beer down the wire in a seventh game before settling for runner-up honors.

That’s why instead of looking forward, Victolero is looking at his rearview mirror—to make sense of the present.

“We keep on revisiting that. Actually, that is what we keep on discussing with the team—that we’ve struggled, that we’ve experienced this before. Now, the only thing we need to do is focus on the present.”

Looking forward can get to be tiring, especially for a team that has yet another back-to-back looming.

“It’s hard to think about [the back-to-backs] anyway,” Victolero said after winning on consecutive days starting with the match against TNT last Wednesday.

Victolero, just like NLEX coach Yeng Guiao, has adopted a daily approach inside the bubble. So far, it has worked wonders for both the now 3-5 Road Warriors and the Hotshots (3-4).

Black has enough days to figure out how to keep winning, what with powerhouse TNT facing the Bolts next. But some answers, he already found in Rain or Shine’s fightback on Thursday.

“Obviously, making turnovers is not a good thing. You don’t want to be giving the other team more possessions than you have.”

And that’s what Black hopes Meralco is able to rectify before Saturday night’s showdown with the Tropang Giga.

“[That’s] something that we have to fix,” he said.

Only after tabbing six—or even more—victories, Black said, can he start planning for the next stage.

“The goal is not finished yet. We haven’t reached the goal, which is to make the playoffs. And then even after we make the playoffs, everything is about trying to get to the next level,” he said.