Barcelona looks to stir from poor start in La Liga 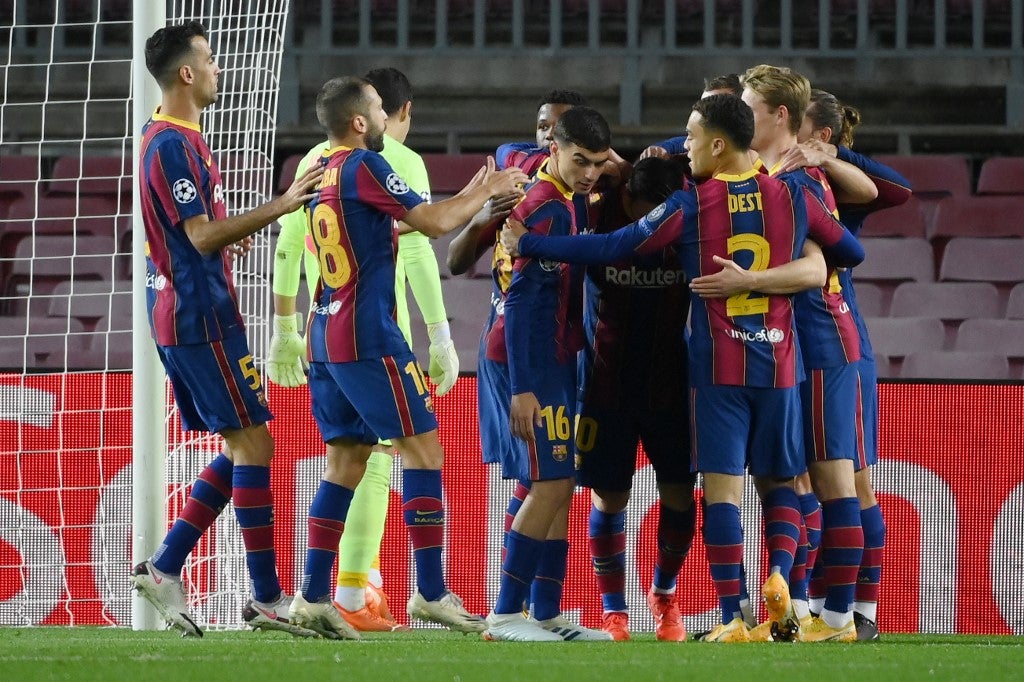 Barcelona has taken solace in the Champions League recently while getting off to their worst start to a La Liga season in almost two decades, leaving Ronald Koeman’s side already under serious pressure before Saturday’s meeting with Real Betis.

The Catalans have taken just eight points from their first six matches in La Liga, failing to win any of their last four outings after drawing 1-1 away at 10-man Alaves in the Basque Country last time out.

It is their worst start since 2002/03, a campaign in which they finished sixth, and they are already nine points behind the leaders, Real Sociedad, albeit with two games in hand.

Barca is also eight points adrift of reigning champions Real Madrid and they desperately need a result at home to Manuel Pellegrini’s Betis with a trip to Atletico Madrid coming up next.

“The mood is better, there are new players, young players who are bringing dynamism to the group and the way we play,” insisted Gerard Pique after Wednesday’s 2-1 win over Dynamo Kiev, their third in three Champions League outings.

The emergence of the likes of Ansu Fati, who turned 18 last weekend, and fellow teenager Pedri does point to a brighter future, but Barca remains mired in crisis off the field after the recent resignation of president Josep Maria Bartomeu.

“The club right now is how it is,” Pique said. “It’s in a process of many changes which are necessary. We needed to turn things around. It was obvious that we were in decline and every year we were a little worse.

“We don’t have much time, but we need it to improve. There’s never a transition year at Barcelona, but now a new president and board will come in and we will see changes in the coming months.”

In the meantime, Koeman will also be hoping for Lionel Messi to show something more like his old form against Betis, as the Argentine is still looking for his first goal in open play this season.

He has just one league goal so far, and leaving aside last season when he was injured at the beginning of the campaign, it is Messi’s own worst start in front of goal in La Liga since 2005. Back then he was an 18-year-old just breaking through.

Betis head to the Camp Nou in seventh place and their star man so far has been a former Barcelona player: Catalan-born winger Cristian Tello has four goals to his name including two in last week’s win over Elche.

After a shocking mistake by stand-in Neto gifted Alaves a goal last weekend, Marc-Andre ter Stegen made a welcome return between the posts for Barcelona against Dynamo Kiev.

The German was making his first appearance of the season after a knee injury and starred as Barca beat the Ukrainians 2-1. Koeman will hope for more of the same from his number one in the weeks ahead.

100 – Sergio Ramos scored his 100th goal for Real Madrid against Inter in the Champions League in midweek, 55 with his head according to sports statisticians Opta. He has been at the club since 2005.

4 – Lionel Messi has scored four goals this season, all of them from the penalty spot.

17 – At 17 years and 338 days, Yunus Musah became Valencia’s youngest goal-scorer in La Liga this century when he netted against Getafe last weekend. An England youth international, he was called up to the full United States squad this week.

22 – Atletico Madrid’s current run of 22 games unbeaten is their best ever run without losing in La Liga.