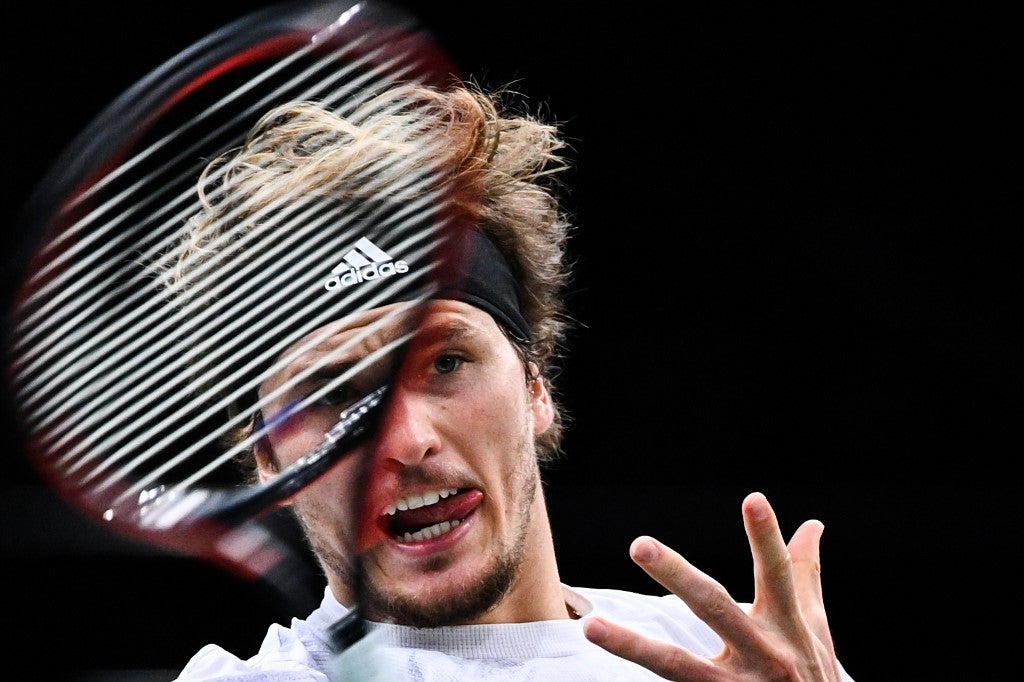 Alexander Zverev said he was “still smiling” at a “great” time in his life after losing in the Paris Masters final to Daniil Medvedev on Sunday, following domestic assault allegations from his ex-girlfriend.

The world number seven insisted last week in a social media post that claims made by Olga Sharypova that he tried to “strangle” her while at last year’s US Open were “unfounded” and made him “very sad”.

“I know that right now there are a lot of people who will be trying to wipe a smile off my face, but I’m still smiling under this mask,” said Zverev.

“Everything’s great on the court and off the court. Everything is great in my life, I’m going to be a father soon…

“Those who are trying (to wipe a smile off his face) can keep trying but I’m still smiling, you just can’t see under the mask.”

Zverev said earlier this week for a second time that the accusations by Sharypova were “untrue”.

“I’m enjoying my time on court. I have said everything. They are not true, and there is nothing more I can say right now,” he said on Wednesday.

Sharypova did not initially name Zverev in her Instagram post about the alleged abuse, but later confirmed to Russian media that she was referring to her fellow 23-year-old.

Sharypova claimed also that her head was hit against a wall and that she was forced to flee a hotel barefoot.

Zverev appeared to try and play down his comments in his post-match press conference.

“For a professional athlete there are always going to be people who try to wipe the smile off your face,” he said. “So they can keep trying. I’m still smiling.”

The world number seven will next be in action at the ATP Tour Finals in London, with the season-ending event he won in 2018 getting underway on November 15.

“We will see how it goes with London,” Zverev added. “I’m happy with my tennis. I just need to maybe recover a little bit physically…

“I was tired (against Medvedev). At the end of the second set I was tired. I was dead. The third set was always going to be very difficult for me.”