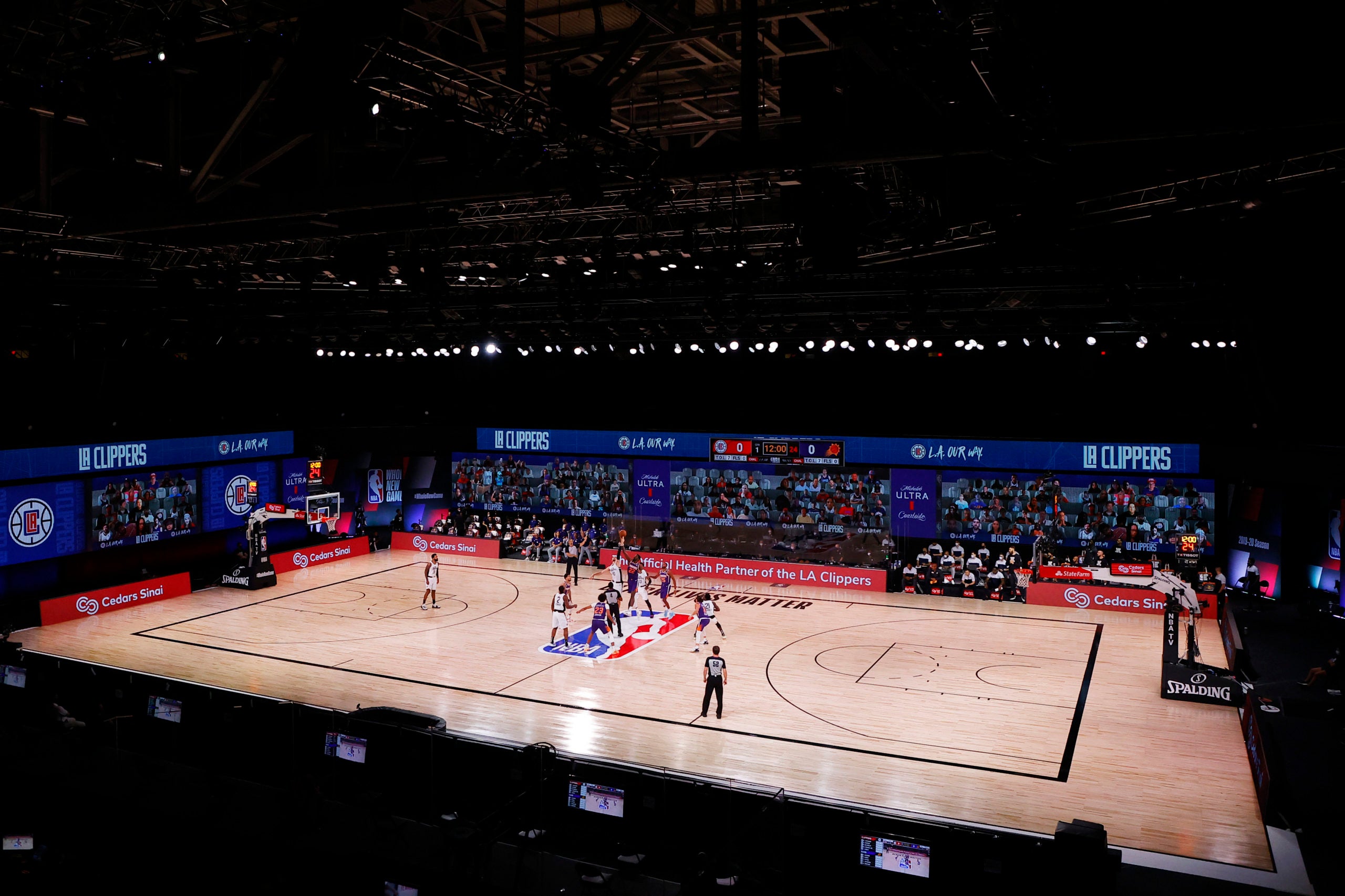 FILE – A general view of The Arena at the start of the NBA basketball game between the Phoenix Suns and the Los Angeles Clippers Tuesday, Aug. 4, 2020, in Lake Buena Vista, Fla. (Kevin C. Cox/Pool Photo via AP)

The NBA preseason is less than one month away, with exhibition games set to take place from Dec. 11-19, The Athletic reported Saturday.

The regular season already was slated to begin on Dec. 22, just in time to allow the league to contest a full slate of Christmas Day games. The 2020-21 regular-season schedule has yet to be released.

While there is no set plan on whether or not fans will be allowed to attend games, the NBA champion Los Angeles Lakers already have announced they will not have spectators at Staples Center to open the regular season.

The NBA calendar was revamped this winter after the 2019-20 season lasted just short of a full year because of a delay caused by the COVID-19 pandemic this past spring.

The 2020 NBA Draft now is scheduled for Wednesday, with free agency slated to start at 6 p.m. ET on Friday. Free agent signings can begin on Nov. 22.

A freeze on trades still is in place, although various reports indicate that teams could be free to make deals as soon as Sunday, with Monday also a possibility.