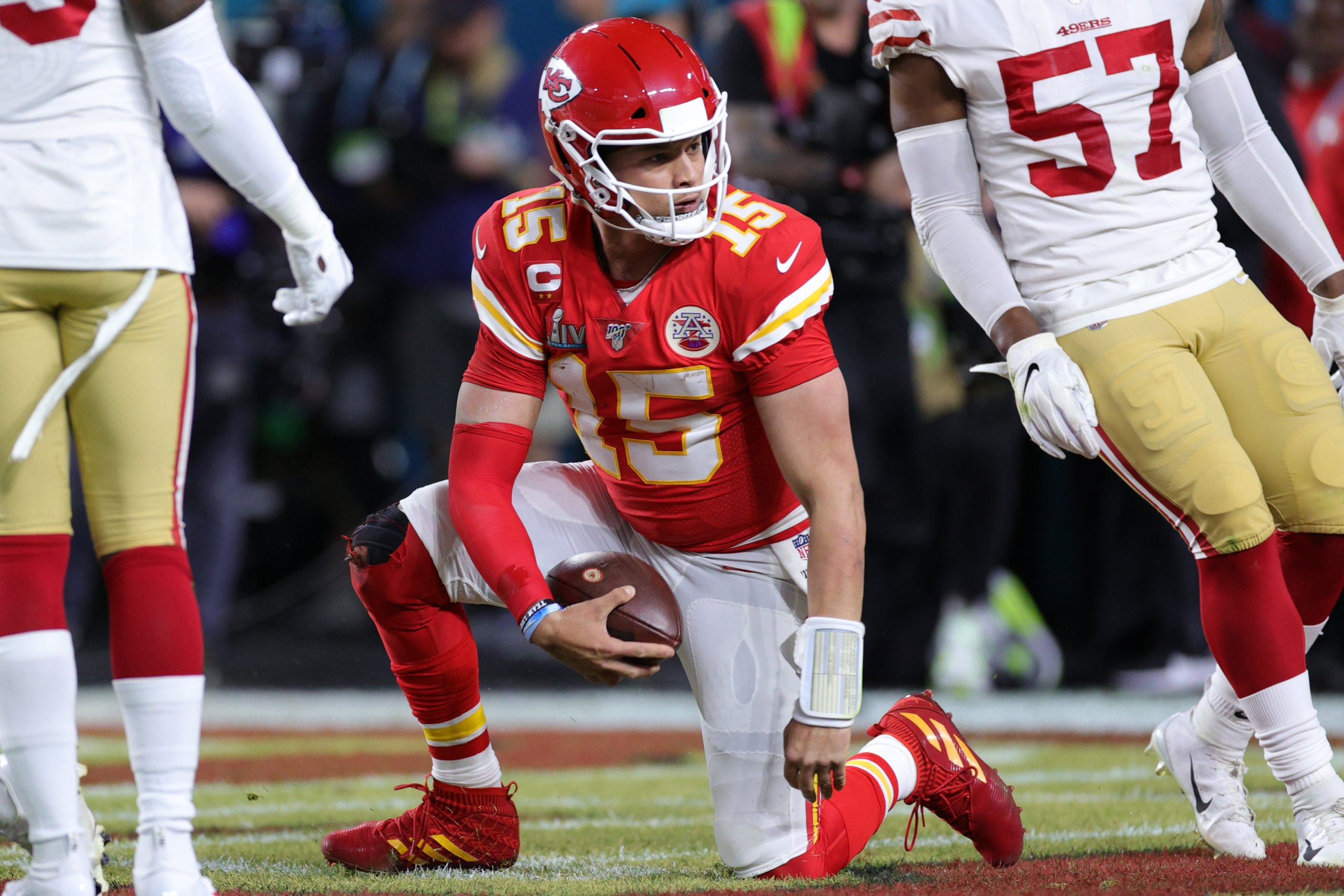 Patrick Mahomes #15 of the Kansas City Chiefs reacts after running for a touchdown against the San Francisco 49ers during the first quarter in Super Bowl LIV at Hard Rock Stadium on February 02, 2020 in Miami, Florida. Rob Carr/Getty Images/AFP

Patrick Mahomes is back in the passing lane and overtook Russell Wilson as the 2020 NFL MVP favorite at most sportsbooks entering Week 11.

Arizona Cardinals quarterback Kyler Murray, who began the season at 28-1 at FanDuel and DraftKings, has also threatened to crash the party.

At FanDuel, Mahomes is the favorite at +150 and last year’s winner, Lamar Jackson of the Ravens, has gone from the Week 1 frontrunner all the way to +2300. That’s where Murray started the season at FanDuel.

Brady opened the season at +1400 (14-1) at PointsBet and DraftKings. The 43-year-old already owns the distinction as the oldest player to win the MVP award way back in 2017. No player in his 40s has ever won NFL MVP.